Manchin and Sinema receive blowback from Dems regarding voting bill

Sen. Bernie Sanders, I-Vt., recognizing the upcoming 2022 midterms could result in a regained GOP majority in the Senate, remarked Sunday that Republicans are “laughing all the way to Election Day,” as President Biden’s hopes of passing election reform and spending packages have stalled in the upper chamber.

“What has bothered me very much is that the Republicans are laughing all the way to Election Day,” Sanders remarked on CNN’s “State of the Union,” acknowledging Biden’s $1.7 trillion social spending and climate package failed to pass the Senate, currently split 50-50 along party lines. “They have not had to cast one bloody vote … and we have got the change that.”

After weeks of negotiations, two Democrats, Sens. Joe Manchin, of West Virginia, and Kyrsten Sinema, of Arizona, decided not to support the legislation, and in doing so, Sanders argued they “sabotaged the president’s effort to address the needs of working families in this country.”

“It’s not only those two,” Sanders told CNN host Dana Bash. “It is 50 Republicans who have been adamant not only in pushing an anti-Democratic agenda but also opposing our efforts to try to lower the costs of prescription drugs, trying to expand Medicare to include dental, hearing and eyeglasses, to improve the disastrous situation in home health care, in child care, to address the existential threat of climate change. You got 50 Republicans who don’t want to do anything, except criticize the president.” 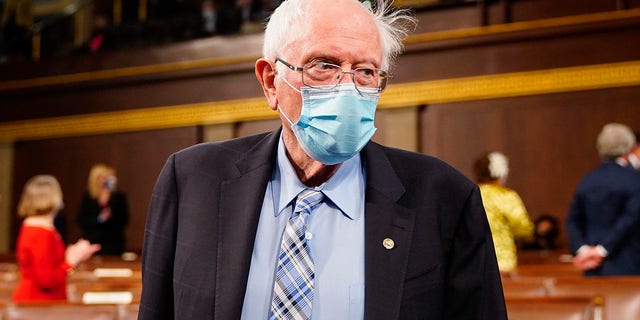 After closed-door negotiations failed, Sanders proposed putting each policy issue on the Senate floor up for a vote and to then craft legislation around parts of the Democratic agenda that can pass.

“We have allowed the Republicans to get away with murder. They haven’t had to vote on anything,” Sanders said, arguing he’s confident he could get 50 or more votes in favor of some issues in the package. “I think there is widespread understanding that what we have done for the last six months has failed from a policy point of view. It has failed politically. We need to change course. We need to have the courage to take on the Republicans and let Manchin and Sinema decide which side they are on.”

Sanders also said he agreed with the Arizona Democratic Party’s decision Saturday to formally censure Sinema for refusing to roll back the Senate filibuster in order to pass major voting rights reforms. Sinema’s office has said she still supports voting rights legislation but has maintained that preserving the 60-vote threshold in the Senate is important to protect against wild policy swings.

“I think what the Arizona Democrats did was exactly right,” Sanders told CNN.

“On that particular vote that she and Manchin cast, we were trying to address the reality that you got 19 Republican states all over this country who are undermining the foundations of American democracy,” Sanders continued, “trying to make it harder for people of color, young people, people with disabilities to vote, coming up with extreme gerrymandering, taking action against independent election officials. And it is so important that we protect American democracy, that we stand up to the big lie of Trump and his allies that he really won the election. And they undermined that effort.”