San Diego Mayor Todd Gloria is touted as a man of “many firsts,” but he prefers to view his new role as destiny fulfilled.

“I was raised to believe that if you care about something, you’re supposed to leave it better than you found it,” the California Democrat told HuffPost. “This is my hometown. This is the community that gave me opportunity, so this is what I’m supposed to do.”

Gloria, who is part Native American, Filipino, Puerto Rican and Dutch, became San Diego’s first mayor of color when he was sworn in last month. He’s also the first openly gay man to land the city’s top job, making him part of 2020’s “rainbow wave” of LGBTQ candidates who were elected to office.

By all accounts, Gloria’s victory is reflective of San Diego’s increasingly progressive electorate. Democrats have made notable gains at the local level in recent elections, even though the city and surrounding region leaned conservative for decades. And the former state assemblyman, who aserved as his city’s interim mayor for about seven months in 2013-2014, is hopeful his position will galvanize new voters and a future generation of would-be lawmakers.

“I want to be known as the housing activist, the advocate for the homeless and the infrastructure nerd who happens to be brown and gay,” he said. “But I recognize young people in our communities get subliminal messages about what’s possible for them.” 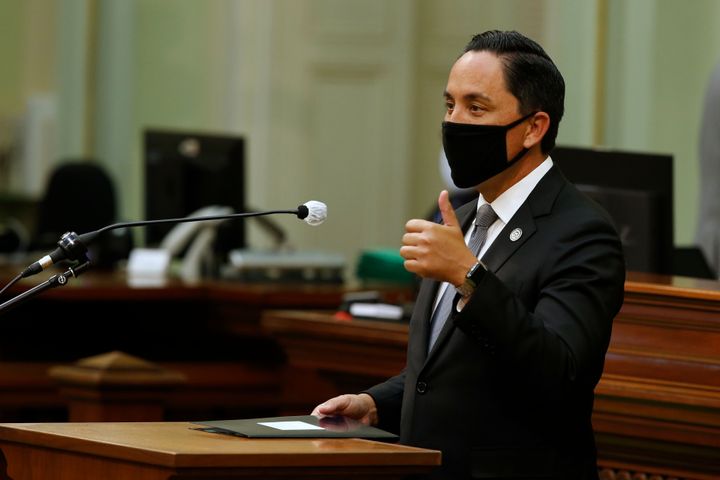 “There are those of us who have been blessed to have these kinds of opportunities,” he continued, “so we must be purposeful and explain to young people that [what they’ve been told] isn’t necessarily true.”

Gloria, who introduces himself as the son of a maid and a gardener who grew up in San Diego’s Clairemont neighborhood, said his interest in public service began at adolescence. As a student at Madison High School, he pored over C-SPAN and local newspapers, as well as volunteered for local officials, including Christine Kehoe, who served on the San Diego City Council and in the state legislature. At 17, he enrolled in his first political science class, where he was told by a professor that members of the LGBTQ community could never be eligible to run for public office. That sentiment, he said, has stuck with him throughout his career, though he never allowed it to hinder his ambitions.

“The only reason it wasn’t dream-eliminating is the fact I’d been volunteering on campaigns for several years by that point,” said Gloria, who came out as gay at 18. Pointing to well-publicized instances of homophobia he experienced while on the campaign trail last year, he added, “In many ways, the friction against us is stronger than ever. I don’t want to mislead young people by saying it’s going to be a walk in the park. But I’m hoping to model that, yes, it is possible.” 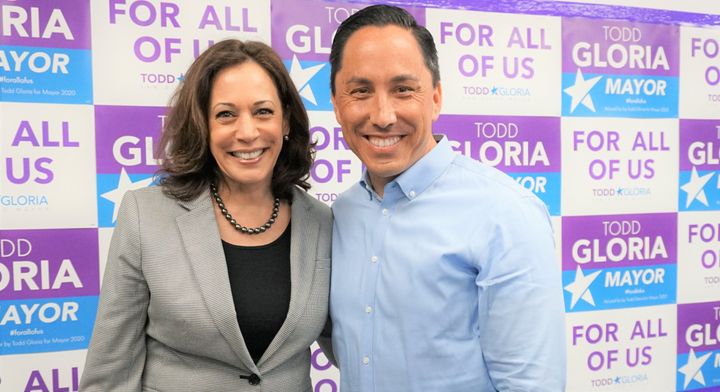 Widely known as “America’s finest city,” San Diego conjures up images of sun-drenched beaches and surf culture. With a population of more than 1.4 million, it’s also the eighth-largest city in the U.S. and California’s second-largest after Los Angeles.

To that end, Gloria is hopeful San Diego will scale up its thinking under his watch, though he’s quick to avoid comparisons to L.A. or San Francisco. His most immediate challenge, of course, will be the COVID-19 crisis. As of Monday, the total number of coronavirus cases in San Diego County had surpassed 211,787, with more than 2,103 deaths. The city and its environs remain in the most restrictive tier of California’s reopening plan.

Weeks after his swearing-in, Gloria used an executive order to direct the city’s police department and city attorney’s office to prosecute area businesses that violate public health orders. It’s a marked change from former Mayor Kevin Faulconer, a Republican who was opposed to implementing such measures. 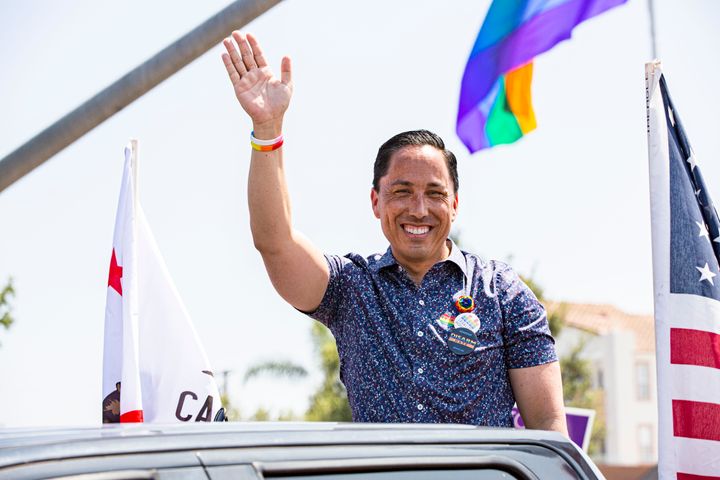 “Our main challenge is that we’re a big city that too often operates like a small town,” said Gloria, who has also pledged to boost San Diego’s commitment to renewable energy and prioritize the city’s homeless population. “Much of the primary election was spent discussing vacations and e-scooters. But there’s a host of stuff facing our city. We have a broad and diverse economy. When you’re as large as we are and spend your time focused on small issues and not big issues, that’s going to be your undoing.”

Gloria also has a strong advocate in Kamala Harris, who on Wednesday will be sworn in as the nation’s first Black, Asian American female vice president. Last May, Harris delivered a strong endorsement of Gloria, with whom she’d forged a working relationship while she was a U.S. senator, a post she relinquished Monday.

“Someone at that level of government shouldn’t be as relatable as she is, and she just is,” he said. “She has the charisma, the values and the priorities that are going to make her a natural governing partner for Joe Biden. What I’m excited about is that she’s from California, which will help her home state. She’ll have our city and, more importantly, people like us in mind.”

The historic nature of Harris’s appointment — and, in turn, what it could mean for lawmakers like Gloria moving forward — has become a source of personal inspiration.

“People know who the president is,” he said. “They know who the governor is. They know who the mayor is. …I’m the first [openly gay man of color] to serve in this role, and with that comes responsibilities. I’m anxious to embrace them because I remember being that 17-year-old, wondering if I could do this.”