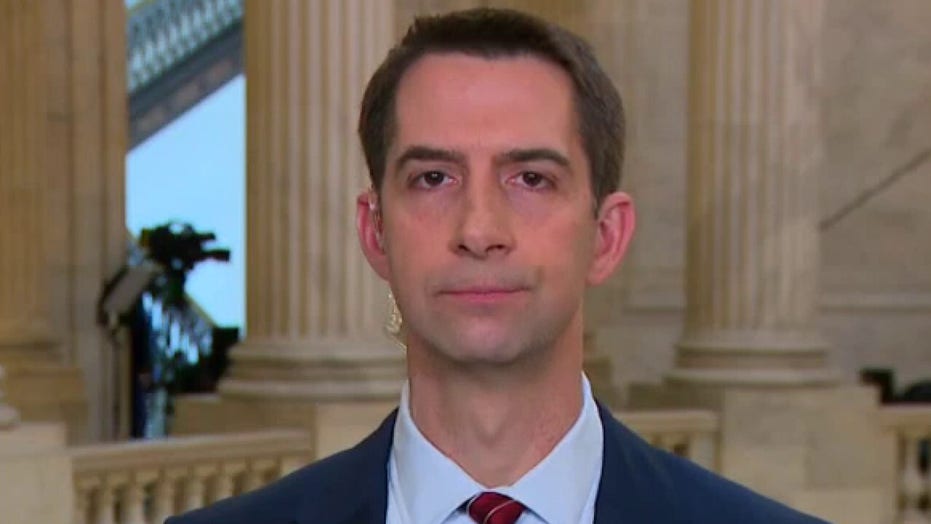 According to Russian military movement and the commencement of drills with Belarus, Cotton anticipated that President Putin has every intention to attack the Ukrainian capital of Kyiv first, pending invasion.

“The sad fact is that Russia has troops encircling Ukraine and they’re exposed on almost every front,” he said. “But my estimate based, on the late troops movements into Belarus, is that Vladimir Putin decided that he wanted to get to the capital sooner rather than later.”

But the Belarus military drills could be all but a distraction, which has led the senator to believe that an initial invasion of Ukraine could happen in a matter of days. 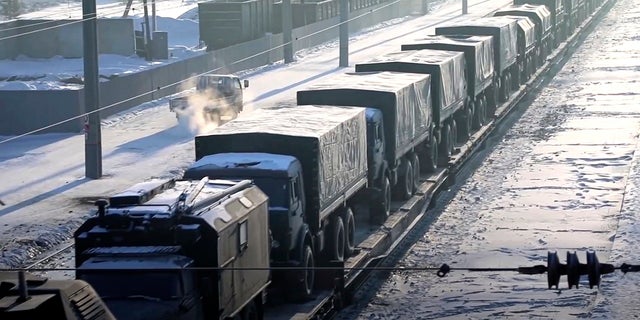 Russian military vehicles are seen on a railway platform on their way to joint military drills in Belarus, in Russia, on Jan. 24, 2022. (Russian Defense Ministry Press Service/AP)

“Those military drills… are nothing but a cover for a likely invasion,” Cotton said. “I think they tell us, since they’re starting so soon, that we could be down to a matter of days, not weeks.”

Cotton advocated for not sending any troops into Ukraine as members of the U.S. military stand by at the Polish border. The senator did, however, share an explicit message for Americans still in Ukraine: Get out now.

“You should leave now,” he asserted. “If you do not leave now, you should make a plan to leave by ground to the west into countries like Poland or like Hungary.”

“You should not expect that the American military is going to be able to fly aircraft into Ukraine and help you evacuate after a potential invasion,” he went on. “For the sake of safety, I would urge all Americans in Ukraine to leave today.”

The senator also responded to Russian Foreign Minister Sergei Lavrov’s expression of “disappointment” in diplomatic talks. Cotton boiled down the last few months of diplomacy as “nothing but a ruse” to prepare for Ukrainian invasion.

“Regrettably, because of failures of policy and weakness over the last year, as well as Vladimir Putin’s desires, I think the diplomatic route has reached its end.”

President Vladimir Putin gestures while speaking to the media at the Kremlin in Moscow, Russia, on Feb. 1, 2022. (Yuri Kochetkov/Pool Photo via AP)

Cotton admitted that there’s not much U.S. Congress can do to deter foreign violence this late into the build-up, but he did suggest the deployment of “stringent” sanctions on Russia and Belarus.