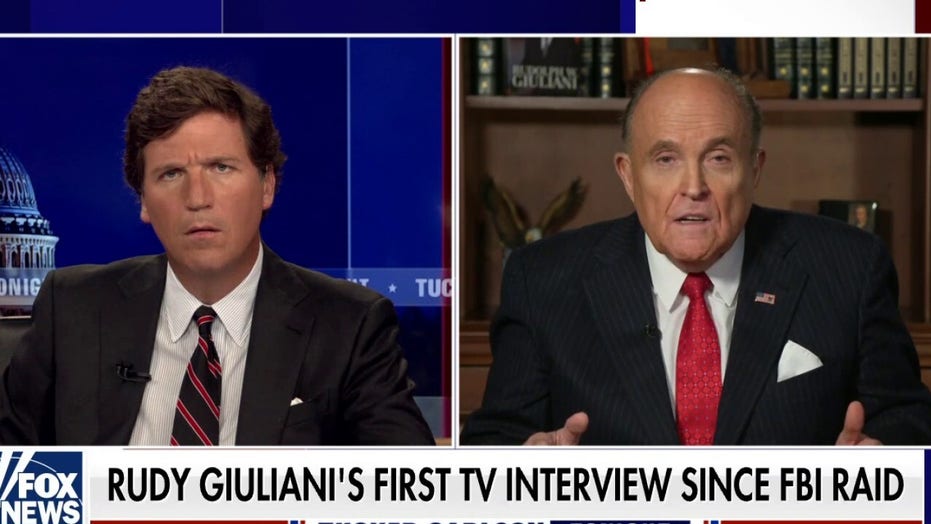 Rudy Giuliani joined “Tucker Carlson Tonight” Thursday for his first television interview since the FBI raided his New York City apartment and seized the former New York City mayor’s electronic devices in connection with a probe of whether he violated the law by lobbying the Trump administration on behalf of Ukrainian officials.

Giuliani recalled being woken by a loud “bang” at 6 a.m. Wednesday and being greeted by seven FBI agents at his door with a search warrant.

“I looked at the warrant, and I said, ‘You know, this is extraordinary because I offered to give these to the government and talk it over with them for two years,'” he told host Tucker Carlson.

“I don’t know why they have to do this,” Giuliani said, recalling that the agents “seemed somewhat apologetic.”

“They were very, very professional and very gentlemanly.”

Federal authorities are investigating whether Giuliani violated the Foreign Agent Registration Act (FARA) by failing to report his alleged activities on behalf of Ukraine to the Justice Department. Giuliani has denied any wrongdoing.

“The search warrant is on one single failure to file for representing a Ukrainian national or official that I never represented,” he told Tucker.

“I never represented a Ukrainian national or official before the United States government. I’ve declined it several times. I’ve had contracts in countries like Ukraine. In the contract is a clause that says I will not engage in lobbying or foreign representation. I don’t do it because I felt it would be too compromising.”

Giuliani also noted the FBI’s apparent disinterest in the electronic hard drives from Hunter Biden’s laptop, which he said technically “fall within the scope of the subpoena.”

“At the end of the search, when they had taken about, I would say, seven or eight electronic items of mine … they weren’t taking the three hard drives, which of course, are electronic devices. They just mimic the computer. I said, ‘Well, don’t you want these?’ And they said, ‘What are they? I said, ‘Those are Hunter Biden’s hard drives. And they said ‘no, no, no.”

Giuliani said he offered to turn over the hard drives three times before the agents got visibly “perturbed.” 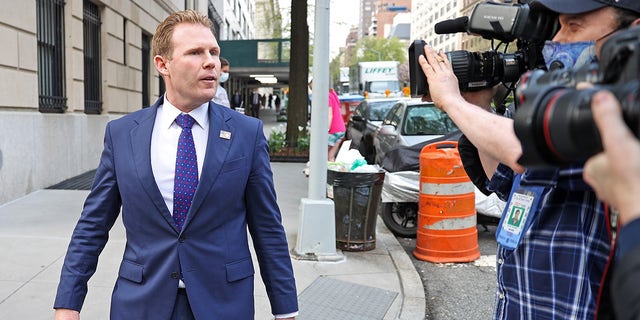 “But they relied on me, the man who had to be raided in the morning, because — I’m going to destroy the evidence? I’ve known about this for two years, Tucker,” he added. “I could have destroyed the evidence. The evidence is exculpatory. It proves the president and I and all of us are innocent. They are the ones who are committing — it’s like projection. They are committing the crimes.”

Giuliani accused the Biden Justice Department of fabricating a FARA allegation against him instead of honing in on Hunter’s “dozen or more violations of FARA that is spelled out completely.”

President Biden earlier Thursday denied having advance knowledge of the FBI raid on Giuliani’s apartment, claiming that he learned of the operation “when the rest of the world learned about it.”

“Maybe he doesn’t remember,” Giuliani said. “I’m not sure if he can retain anything for more than about the time it takes to read it, but in any event, who cares if he knew or not.”

While the investigation continues, Giuliani said he hopes those at the top of the Biden DOJ who ordered the raid will “be investigated for blatantly violating my constitutional rights.”

“If that doesn’t result in their being sanctioned, the case being dismissed, and it stopping, this is no longer — we might as well be in, you know, East Berlin before the Wall fell. This is tactics only known in a dictatorship where you see a lawyer’s records right in the middle of his representation of his client. You should be prosecuted and disbarred for that.

“They’re a disgrace to a great department.”