The Royal Family have been spending the lockdown in stunning houses around the country, giving their fans a glimpse of their homes as they post updates on social media. But with the weekly clap for carers and NHS staff every Thursday, royal followers have seen one part of their home more than most – the impressive front doors. The royal households provide stylish inspiration for anyone looking to update the exterior of their home.

While not everyone can live somewhere as grand as the Duke and Duchess of Cambridge’s Anmer Hall or Prince Charles’ and Camilla’s Birkhall, it’s easy to get the look of some of the most regal doorways.

Many of the beautiful doorways that have been spotted during the Thursday night ritual feature bold, statement colours – which are simple to copy with a fresh coat of paint.

A front door makeover is the perfect DIY project to do during lockdown, especially as hardware stores are starting to open again.

Painting the doorway also requires it to remain open while it dries – which won’t be a problem as Britons continue to stay home to stop the spread of the coronavirus. 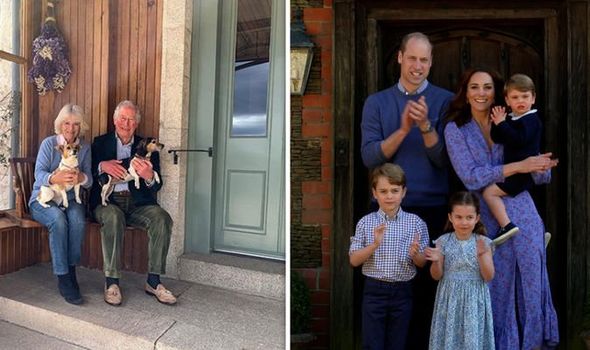 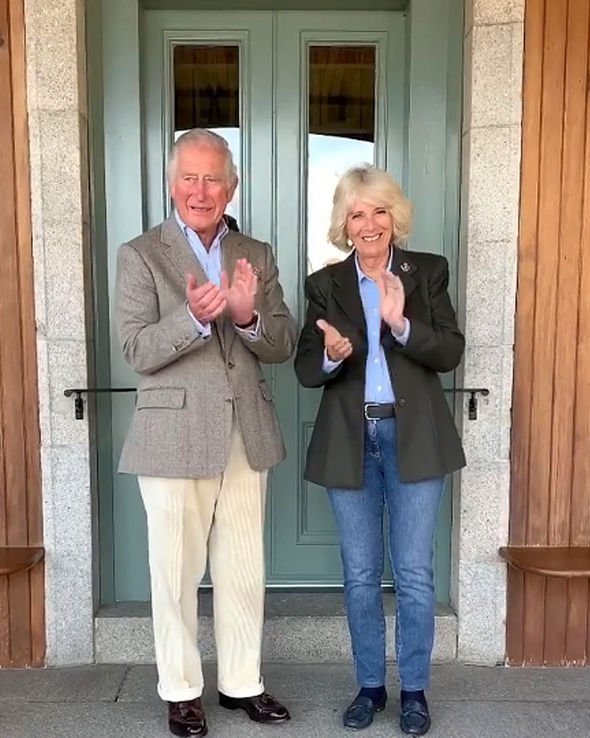 Here’s how to get the look of three of the most beautiful royal doorways.

Prince of Wales and the Duchess of Cornwall, Birkhall

Prince Charles and Camilla, Duchess of Cornwall appeared on April 23 to join in the clap for key workers from their home in Aberdeenshire.

The royal couple, who are known as the Duke and Duchess of Rothesay when in Scotland, have a serene green shade for the front door of their home on the Balmoral estate.

The soothing yet striking hue looks like it could be Farrow & Ball’s Breakfast Room Green No 81, but royal fans can also get the look with Valspar’s Coastal Touch R258D shade, available at B&Q.

The elegant green tone has a touch of blue for a soft and calming finish.

Kate Middleton and Prince William have been busy showing their faces on the nation’s screens in recent weeks, with virtual interviews and video links to talk about their charity work online.

However, they also made a rare appearance on the BBC’s Big Night In event, clapping for carers live from their Norfolk home during the fundraiser.

The whole family stood on the grand doorstep on April 23, with Prince George, Princess Charlotte and Prince Louis, who was celebrating his birthday.

The country home has an old wooden doorway which beautifully contrasts the red brickwork and traditional wall lights.

Though your DIY budget might not stretch to an antique oak door, the look is easy to replicate with the right paint, such as Crown’s Rosewood exterior paint shade from the Sadolin range. The paint comes with royal approval too – Crown Paints has held the Royal Warrant since 1949 as supplier to King George VI, a proud accolade that was then renewed by Queen Elizabeth II. 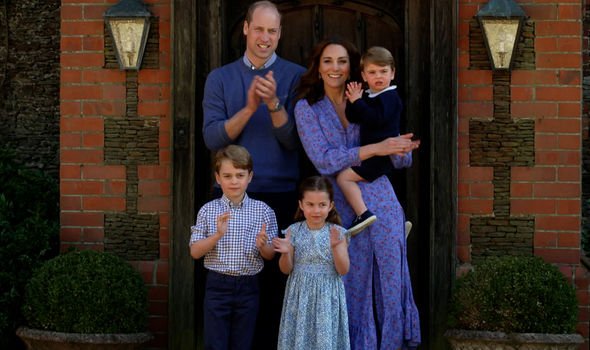 For a more modern finish, follow in the footsteps of Princess Anne’s daughter Zara Tindall and her husband Mike.

The royal pair live in the Gatcombe Park estate in Gloucestershire and recently shared a snap from their doorstep on Instagram.

Rugby player Mike posted the photo of he and his wife Zara in rainbow-print T-shirts which have been designed to raise money for the NHS.

Zara’s front door has a modern countryside feel with a mint-green finish, which looks like it could be painted in Benjamin Moore’s Light Green or Pale Vista, with panelling detail for a stately home feel.

Get the look on a budget with Valspar’s ‘Cabbage Juice R227F shade for a subtle yet stylish facade for your home. 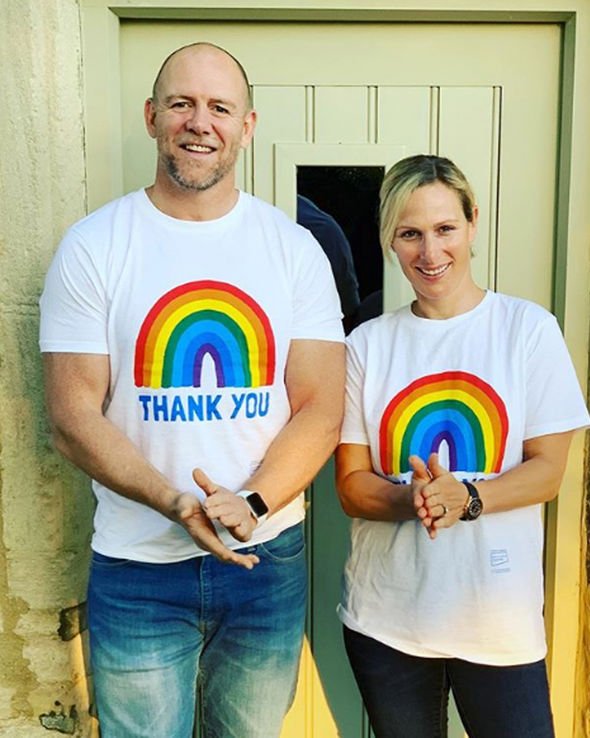 The front door is often the last place you’d think to paint for a DIY project, but it’s one of the quickest and most cost effective ways to make a real difference to your home’s first impressions.

For flawless results, Sue Kim, Senior Colour Designer at Valspar recommended using sugar soap first to clean down the door, and then sanding the surface by going with the grain.

Be sure to fill in any cracks and sand the filler gently before you delve into the paintwork.

A primer and undercoat should go on first, and then once dry you can go in with your new royal-inspired colour, applying two coats for an even, professional finish.