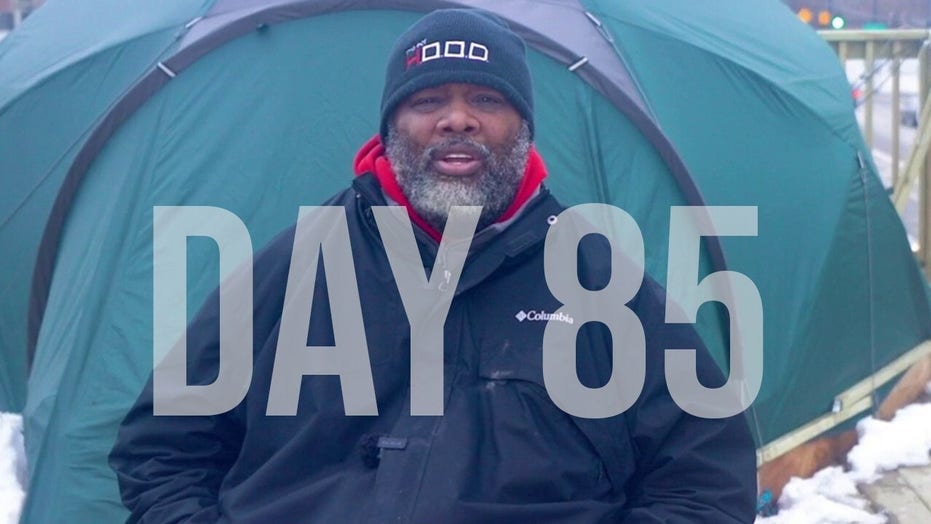 CHICAGO – On the 85th day of his 100-day rooftop vigil to build a community center designed to provide opportunities to his community, Pastor Corey Brooks wished to share his thoughts on BLM, Democrats, and “Defund the Police.”

A man came up to me this past summer and asked me what I thought about all the crime going on and what we should do about it. I looked right at him and said, “lock ’em all up.” The man looked at me, surprised. Then he said, “Aren’t you worried about locking up too many black men. Our prisons are full of black men, and we can’t be locking them up.” And I said, “They’re not black. They are criminals.”

The man didn’t know what to say.

But I know where he is coming from. I truly do. It pains me to see so many young men and women who are black and locked up. But you know what else pains me even more? To see the bodies of their victims. So I’m always going to choose the side of the innocents, day and night.

There’s pain all around, and that is what it’s like living on the South Side of Chicago.

I wanna be clear: I support criminal justice reform. I’ve seen too many men taken out of the homes for offenses, such as possession of marijuana, offenses that we have now legalized. I understand those efforts and I support fixing our criminal justice system. That’s the beauty of America, that’s we always have the tools of correction at our disposal.

But hardcore criminals? Hardcore killers? We have to lock them up. We have to lock them up to protect the working people in this community. It is our right to have security. We pay taxes like anyone else and without security we cannot function as a community. And the truth be told, we are barely functioning in the first place. I know a nine-year-old who was shot twice, once on the playground and once inside his own home. I just interviewed a brilliant young man who scored a perfect score on the ACT. Those people are the people that need to be the top priority in our society. And they deserve to be able to walk down the street without fear.

I’m so disgusted with our city’s leadership. They’ve let so many criminals out. And we have leaders who believe that reducing the number of blacks in prison is the way to go. We have leaders who put black before criminal actions, and that’s a lie that gets people killed. They’re not black, they’re criminals. And I shouldn’t have to say the most obvious thing in the room: not all black people are criminals. Not all white people are criminals. So we need to stop with this racial politics and start calling these people the criminals that they are.

If you wanna reduce the ever-increasing number of criminals that we see these days, then the best thing to do is support our efforts at Project H.O.O.D. I’m not saying this out of self-promotion, but who else is tackling the root cause of criminality? Yes, people in the neighborhood have it harder than most Americans because of the violence and poverty here, but that’s no excuse for criminality.

That’s how you stop criminality at the bottom. For the lost cases, if they commit a crime, we as a society have to stand up and speak the truth and say it is not because they’re black, but because they’re criminals.