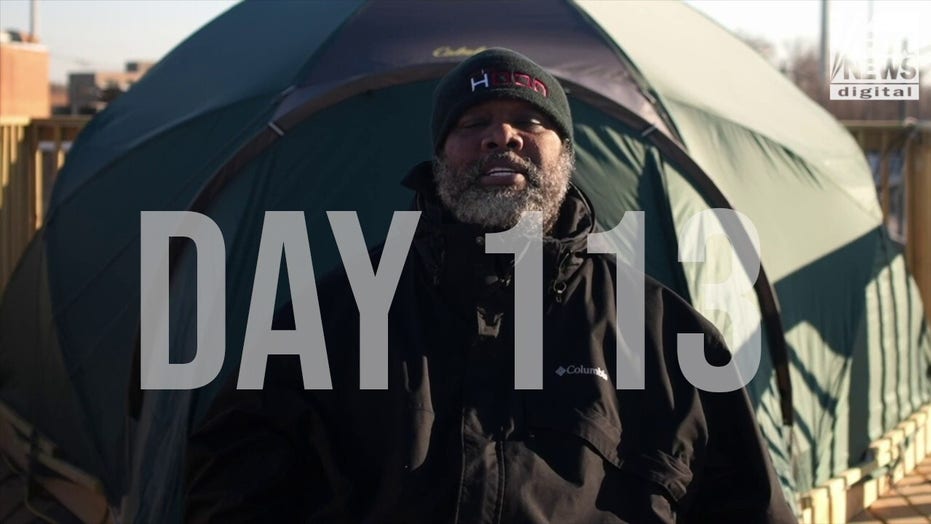 CHICAGO – On the 100th day of his rooftop vigil to build a community center, Pastor Corey Brooks decided not to come off the roof because he had not reached his fundraising goal. He raised $10 million in the first 100 days, an accomplishment that still left him short of his $35 million goal. After a two week break, “Rooftop Revelations” resumes on the 113th day and the pastor wished to share his thoughts on Joy Reid and how she reduced the Ukraine-Russia war to race.

Like many concerned Americans, I have been following the war that Russia launched upon Ukraine. Matter of fact, it’s pretty much all that we’ve been talking about on this rooftop on the South Side of Chicago.

The one thing that has been so inspiring for us is to see how bravely and strongly these Ukrainians are fighting for their freedoms — freedoms that many of us in America take for granted. We know what will happen to our Ukrainian brothers and sisters if they lose the war to Russia. Lose the war, lose your freedoms. Freedom, I believe, is everything. Nothing else matters.

That’s why it troubles me tremendously when people like Joy Reid reduce the freedom struggle of the Ukrainians down to the lowliest of human values: race. People like Joy Reid seem incapable of seeing anything beyond the racial lens. It’s all that she has. Race is her power.

On her show, Joy Reid recently accused Americans of ignoring wars featuring people of color, like the Yemen war, in favor of wars fought by whites and Christians. She said, and I quote, “The coverage of Ukraine has revealed a pretty radical disparity in how human Ukrainians look and feel to Western media compared to their browner and blacker counterparts.”

Does anyone seriously think that Joy Reid covered the Yemen war in the past? I mean, it’s been going on for years. And if Joy Reid has covered it, then where is the coverage? I haven’t seen it, if any.

I bet she didn’t cover it any serious way because she couldn’t make it about race.

Just like so many others, race is her power, her substance. Race is a reductive force that bypasses human complexities for the overly simplistic values that we project onto skin colors. In asking us to ignore human complexities, race makes us liars out of us. And by imposing her views of race onto the Ukrainian-Russian war, Joy Reid attempted to make the war about herself, her views of race. And that is worth what?

That is why I’ve steadfastly refused to play the race card. Race is not my power. My intellect, and my ability to understand complex issues like the Ukrainian conflict, that’s my power, not race.

There are some of you that may say, “What about the Africans being denied entry into other nations?” I condemn those acts of racism. At the same time, don’t you know that Poland has taken in over 100 different nationalities in the last three weeks. While racism may have played a part, we must also ask if nationalism and citizenship issues played a role as well.

Also, I’ve read stories of visitors to the Ukraine describing their experiences. One of the stories I came across was a woman on Twitter who said she visited a (Ukraine) hotel several years ago. When the clerk saw her Armenian name, she told the guest that she was not welcome there. The hotel manager overheard it and fired the clerk on the spot and told her never come back. He then told the Armenian woman that her hotel stay had been comped.

Ukraine, like America, doesn’t have the perfect past. What Ukraine did to the Jews during the Holocaust was simply horrific. But because I believe in the ability of our civilization to evolve, to progress, to move beyond the sins of the past, I must give the Ukrainian people credit for evolving to become a modern nation with modern sensibilities. They have fought for freedom over and over since the end of the cold war and today they are in the fight to death for their freedoms.

Those who do not move beyond the past, those who hold on to past grievances, those who do not rise to join the modern world — those people have nothing to offer us. Instead of building themselves into a superpower nation, Russia invaded Ukraine in the name of a long-gone empire. Instead of doing her job and looking into the complexities of the war, Joy Reid reduced the war down to race because she had nothing else to offer.

For Joy Reid, I believe attacking whites is her bread and butter. She’s absolutely nothing without race.

And now here is the supreme irony of all this. Joy Reid blasted us for ignoring wars involving brown and black people. She professes to care so much about brown and black people. I then must ask why hasn’t she ever come into my community to talk about the daunting problems we deal with every single day? Why hasn’t she come here to learn for herself how our plans for a community center can transform so many lives? Why hasn’t she come here to share her wisdom with us on the South Side of Chicago?

She milks our pain for her paycheck yet she never visits us. She never talks about us. So that is why Joy Reid’s complaint about the Ukraine war rings so hollow with me. And that is why on the South Side of Chicago, I choose to fight for opportunities for my brothers and sisters instead of playing the meaningless race game that gets us absolutely nowhere. I know some are going to be mad, some are going to be upset, but I stand by what I say and what I believe.