CHICAGO – On the day before Martin Luther King Day, Pastor Corey Brooks wanted to share some of his thoughts with his readers. Today marks the 57th day of his 100-day rooftop vigil to reduce violence by building a transformative community center that will increase the equality of opportunity for those that live on the South Side of Chicago.

I can understand both arguments.

Sometimes context is necessary, however, during Du Bois’ time, blacks had very little political power and there were laws on the books that legalized segregation and other racial horrors. We had to fight politically to change the opinion of America and its politicians. It was a fight that we had to do. 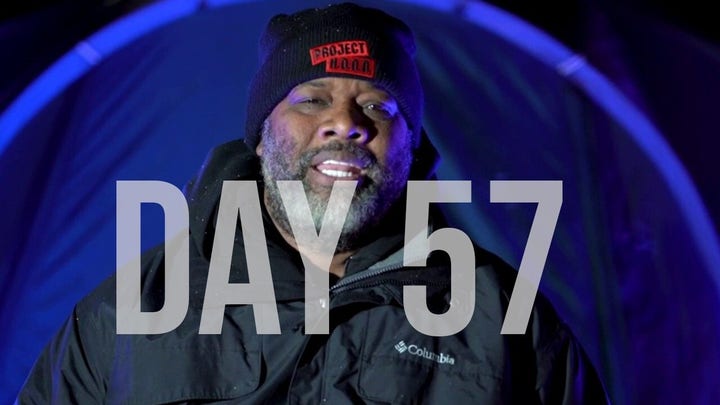 While this was going, blacks never abandoned development. Many of us migrated from the South to the North to pursue better opportunities. We created jazz. We wrote some of the best books in America. We invented an untold number of inventions. We transformed sports forever. Our influence went beyond America to the rest of the world.

However, in the last 60 years or so, it seems that we’ve come to rely on political power more than development. Our black leaders like Al Sharpton and Jesse Jackson have banked on this political power, and there’s not much to show for it. We’ve had black mayors, including in this city, and it’s not making a lot of difference. We’ve had a black president from here in Chicago and, sorry to say, that didn’t make much difference for us as well.

And I’m not here to bash political power at all. I think we need it, but it seems to have come at the expense of development, and that is the real crime here. Our so-called political leaders point the finger at everything but black accountability. And if they do look at black accountability, it is not with a seriousness. It’s more like lip service.

Political power without development is not real power. You can have all the hot air you want, but if you don’t have the balloon, the ropes and the basket, you can’t turn it into a hot air balloon and take flight. It just won’t happen.

This is why I’ve made it my mission to focus on development. We cannot politic our way out of this mess, but we certainly can develop our way out of it.

All this political power in the last 60, 70 years has left us with crime, bad schools, lack of businesses, and so many other things. Development is the key here.

See, development is something that takes place within a person’s soul. As they develop and acquire skills, they start to become somebodies. They start to believe in themselves. They come alive. They become a part of the community and an asset to the community. They might even become politicians. Wiser politicians, we hope.

Right now in this very moment in America, development is what is most needed. It is the way upward. And that’s what we do every day with our church and with Project H.O.O.D. That’s what I believe, and that’s why I’m on this roof. God bless you, and God bless America.