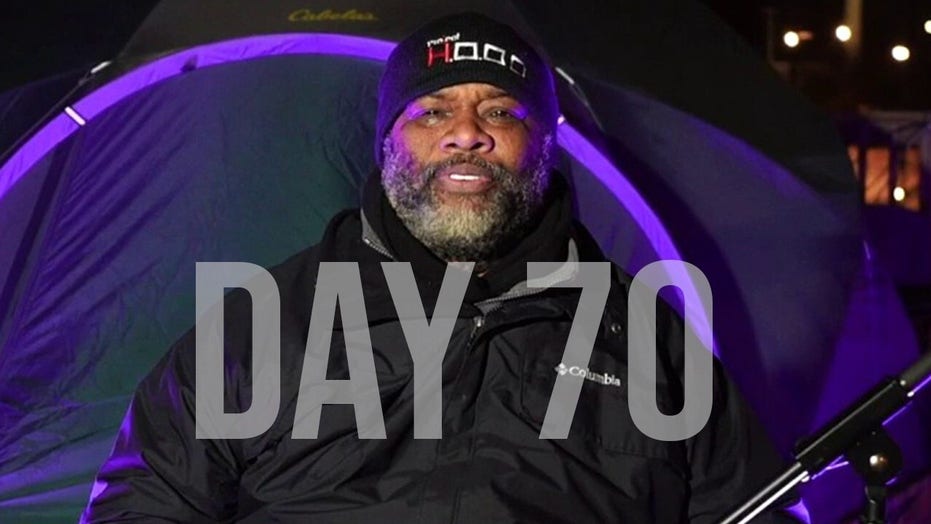 CHICAGO – On the 70th day of his 100-day rooftop vigil to build a community center designed to provide opportunities to his community, Pastor Corey Brooks wished to tell the story of how he came to create Project H.O.O.D.

I want to tell you something about Project H.O.O.D. and how it got started. So many people around the country have been sending in emails and text messages and asking me this question.

So I want to take you back to 2011. In the month of November, there was a young man named Carlton Archer, 16 years old, who was shot and killed. His parents did not want to have the funeral at our church because they were afraid of the violence that might occur. And I assured them that nothing would happen.

But, sad to say, something did happen. On that day, when the children from three blocks away were walking in to the neighborhood, the kids in this neighborhood start shooting at them. This was because they were in opposition (from different gang territories) to one another. We were finally able to get things down and, thankfully, no one got shot and killed.

We were finally able to have the funeral. Cops were everywhere. Young people were everywhere. And at the end of that funeral, I’ll never will forget. I stood up and I made an announcement, something that I never felt before. I felt the nudge of God, saying to me that young men had brought guns to our church illegally and I needed to get those guns.

And I stood up and I made an announcement: “Listen, I want you to turn your guns in. We’re going to do a gun turn in today.” And I said a prayer and I appeal for those illegal guns to be turned in.

On that day, four guns were turned in. 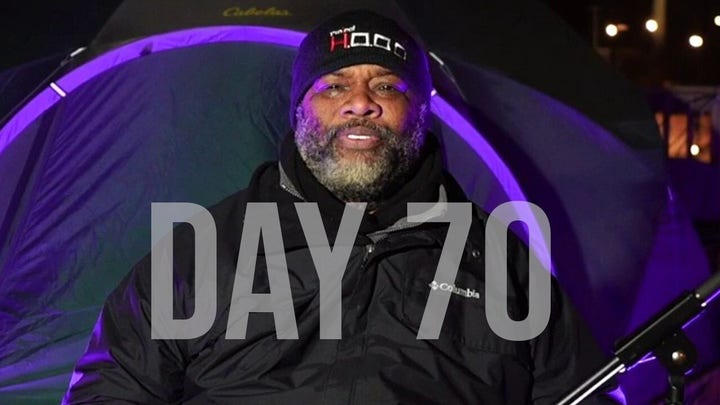 As I walked out the door, I never will forget (how) I told the Lord, “Whatever you want me to do, from this point on, I’m going to do it.”

And as I looked across the street from our church, walking out of the funeral, I saw this motel. This was 10 years ago. I saw this motel where there had been prostitution and drug dealing and gang banging and all kinds of illegal activity. And I decided with an urge, an action, a nudge from the Holy Spirit, from God, to go up on the top of that roof and stay there.

I thought it would take just a little time to raise the money to buy that motel. But it took me 94 days on the roof of a motel 10 years ago to raise enough money to purchase that motel and tear it down.

I was there through all the holidays, November the 20th until February 24th. I stayed right there fully committed.

While I was there, I start studying and trying to figure out why did we have all of these issues in our community? Why was our community labeled the most dangerous block in all of Chicago?

We decided to start a non-profit called Project H.O.O.D. which means Helping Others Obtain Destiny. And we decided that we were not going to wait on government any longer. We were going to be the solution. We’re going to be the answer to the violence and the poverty in our neighborhood. And we start putting in place programs for every area where there was a problem in our neighborhood. Our church decided that this is going to be our mission: Project H.O.O.D., helping others obtain destiny.

We’ve been putting everything we can in place to make sure that we have a better community.

That is the reason why I’m on the roof now, again, 10 years later. This time I’m not here to tear anything down. I’m here to build something up. I’m here because we have outgrown our space inside of our church, where we use the whole second floor to have these programs and the other side (of the building) to have a school.

Now we’re trying to scale it and build up so that we can have a place to totally transform our community. And we’re going to do it with the help of all the people who have been a blessing us all across America. We are taking these programs, we’re scaling them and we’re changing people’s lives. That’s what Project H.O.O.D. is all about.