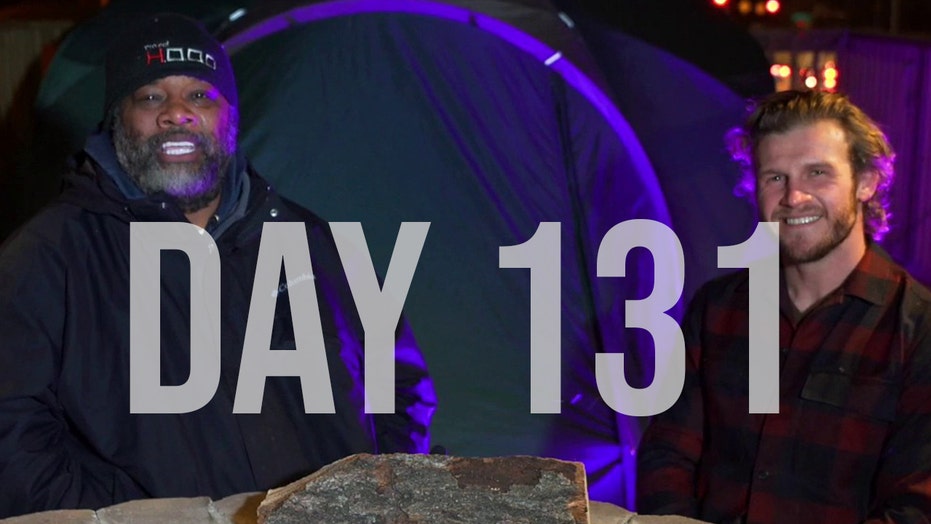 CHICAGO – One of the key things that Pastor Corey Brooks’ Project H.O.O.D. community center does is rehabilitate those who served time in prison. In many ways, it is far easier to rehab an ex-convict than it is to land that person a job of means. It is understandable that many businesses would be reluctant to bring such a person into their workforce — after all, these businesses often face so many challenges to stay afloat. However, there are those businesses that make an attempt to include America’s unwanted into the workforce, and when that succeeds, the larger society is all the better for it.

One of those businesses is The Bazaar, a 62-year-old wholesale distribution business based out of River Grove, a town right outside Chicago’s city limits. On the 131st day of his rooftop vigil to raise funds to build a building for his community center, the pastor invited The Bazaar’s CEO, Brad Nardick, to the roof for a chat by the campfire.

The pastor opened the conversation by asking Nardick to describe his unique hiring process.

“There’s two parts. It’s personal. I grew up from privilege. And as a business owner, it’s our job,” Nardick said. “The purpose of the business is to help the people who are around us. So for us, it’s important … to open doors to people, to reach out our hand in the community.”

Nardick continued: “And then the other part, part two, which is the more important part, is that it’s great for business. It’s great for the people who come work for us … When you fill your building with people like that, unstoppable.”

“A lot of people are going to say, no, business is all about making money. And I’m for capitalism, I’m for free markets,” the pastor said. “At Project H.O.O.D., we’re trying to give people skills so they can go into the marketplace, participate in free market capitalism, participate in the American dream, take care of their families, and change their lives. I want to ask you this, what challenges have you experienced trying to do this?”

“The challenges are people who don’t have work history. It’s kind of a chicken and the egg type of thing,” Nardick said. “How do I get good if I’ve never had a chance to get good at working?

“So we are patient. And the reality of running a company today is you got to be nimble. And the thing that makes a business the most nimble is trust. It’s a mutual agreement that we invest in our people and they invest back in us as a business.”

“I’m going to talk about a man by his nickname. His name is LJ,” Nardick said. “LJ grew up on the streets of Chicago, spent some time in prison. We found him through an organization just like Project H.O.O.D. And for him, the opportunity to build wealth for his family, to build a life for himself, to move up in the world consistently and honestly, the attitude that guy brings to the building is unmatched.”

“Unmatched. I had never had anybody come to my office and thank me for letting them clean gutters. Letting them do the tough work. He’s a facilities manager, so that’s why he does that work,” Nardick said.

“There’s a lot of LJs,” the pastor said. “That’s one of the reasons why it’s so important that we have these collaborations and that we find companies and that we inspire companies to do what you do. I think companies want to help, but sometimes they just don’t know how. And sometimes they don’t have the courage. But when they hear from individuals like yourself, it gives them the courage and it gives them the know-how, how to take this chance and go ahead and give these individuals a second chance.”

“We’re playing our part. We’re not a multinational business. I wish I had thousands of jobs to give,” Nardick smiled. “And it’s as simple as that. It’s what’s right in front of our face. The people who are in our neighborhood, it’s in our best interest for them to win. For them to have security in their lives.”

“I’m so appreciative that you’re giving these individuals second chances and opportunities that they would not have if it were not for your company. So shouts out to your company and all the employees.”