Sen. Johnson: China needs ‘to be held accountable’ for COVID-19

Sen. Ron Johnson, R-Wis., argues there must have been a ‘cover-up’ by government officials, China and the mainstream media regarding the origins of COVID-19 – and that’s why he believes Democrats have not had a hearing on the matter.

Sen. Ron Johnson, R-Wis., explained on "Mornings with Maria" Wednesday why he believes Democrats have not had a hearing on the origins of COVID-19, arguing that there must have been a "cover-up" by government officials, China and the mainstream media.

"We’ll probably never really understand the true origins or have rock-solid proof because all the evidence has been destroyed," Johnson told host Maria Bartiromo.

He then said that "we know China is guilty" and "they need to be held accountable."

Johnson also stressed that "we really need to take a look what’s happening in the mainstream media with all the censorship," arguing that, from his standpoint, ‘people lost their lives’ because of it.

Johnson made the comments one day after GOP lawmakers held their own hearing on the origins of COVID-19 and demanded House Speaker Nancy Pelosi convene a bipartisan one, also urging the House to pass a bill to declassify all intelligence related to the virus.

House Minority Whip Steve Scalise, R-La., a ranking member on the House Select Subcommittee on the Coronavirus Crisis, said that Republicans had invited Dr. Anthony Fauci and Francis Collins, director of the National Institutes of Health (NIH), but without the approval of the speaker their hearing had no subpoena power to compel them to testify.

Scalise said he asked Chairman Jim Clyburn, D-S.C., about holding a hearing on the origin of the virus, and Clyburn declined.

"Perplexingly, Speaker Pelosi has refused to allow a single hearing – calling it a ‘diversion.’ As the American people will hear today from our expert witnesses, this is far from a diversion," Scalise said in his opening remarks.

HOUSE GOP TO HOLD OWN HEARING ON COVID ORIGIN AFTER DEMS SAY THEY WON'T: ‘CHINA LIED AND AMERICANS DIED’

Pelosi's office has pushed back, saying that the House is investigating the origin of the coronavirus.

"Perhaps if Republicans were actually interested in real answers, they would remember that the House Intelligence Committee is reviewing the intelligence on this matter in addition to the Biden administration’s own review," Pelosi spokesperson Henry Connelly said in a statement.

On Wednesday, Johnson said that "Democrats in the Senate are equally uninquisitive."

"I think it speaks volumes that Dr. Fauci wouldn’t testify even before the quasi-hearing Republicans put in the House," he continued. "I mean, what is he trying to cover up?"

A spokesman for Fauci and The National Institute of Allergy and Infectious Diseases (NIAID), where Fauci serves as director, did not immediately respond to FOX Business’ request for comment. 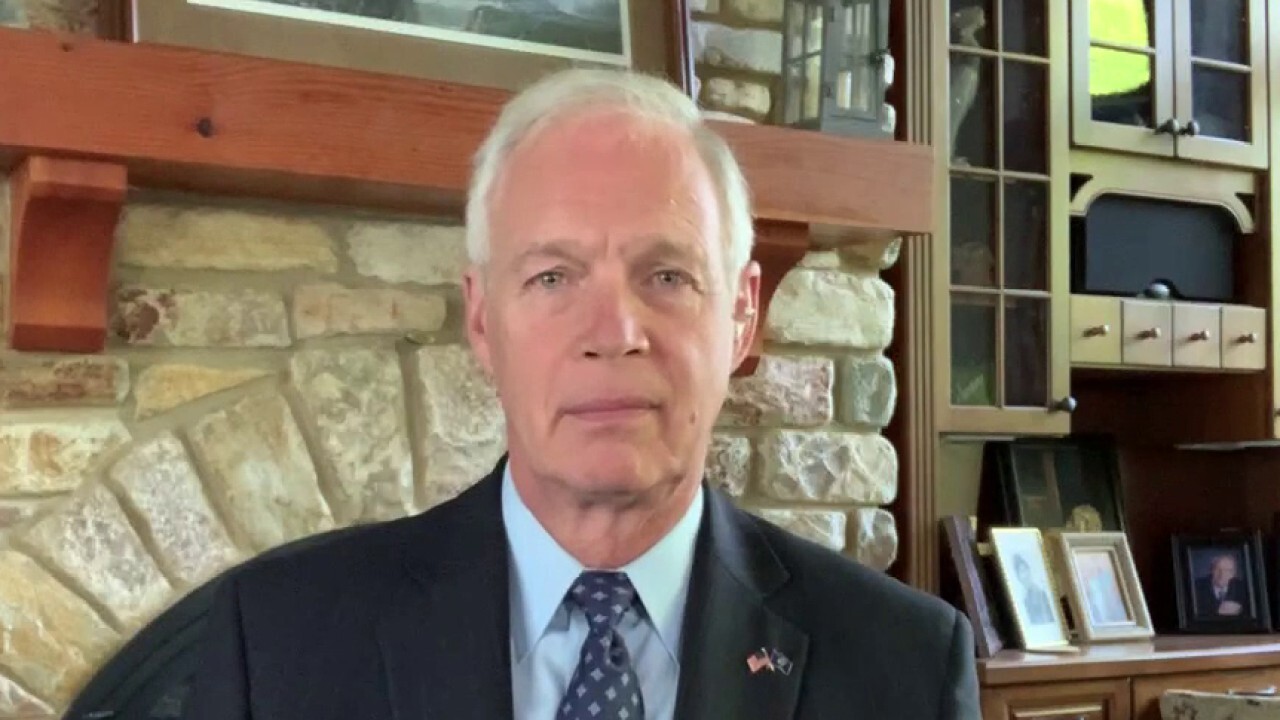 Sen. Johnson on why he believes Dems have not had a hearing on COVID origin

Sen. Ron Johnson, R-Wis., argues ‘we know that China is guilty’ for infecting the rest of the world with the novel coronavirus, and stresses that ‘they need to be held accountable.’

"Let’s face it, Democrats [and] the media use COVID to create this state of fear," Johnson told Bartiromo.

He also alleged that Democrats used the pandemic to "capture the presidency so they can enact their socialist policy."

"So COVID politically worked for them and they don’t want to uncover these truths," he continued. "They have no interest in it whatsoever. The big question really is why."

Johnson added that he has "so many questions that remain unanswered."

Earlier this month, Johnson was suspended from uploading videos to YouTube for seven days and had a video of a speech talking about early treatments to COVID-19 removed by the video-sharing giant.

The video removal and upload ban came after two videos of Senate Committee on Homeland Security and Governmental Affairs hearings he led on early experimental treatments to the novel coronavirus, such as hydroxychloroquine and ivermectin.

A spokesperson for YouTube told Fox News the website took down the video because it violated its COVID-19 "medical misinformation policies."

"We removed the video in accordance with our COVID-19 medical misinformation policies, which don’t allow content that encourages people to use Hydroxychloroquine or Ivermectin to treat or prevent the virus," the spokesperson said. 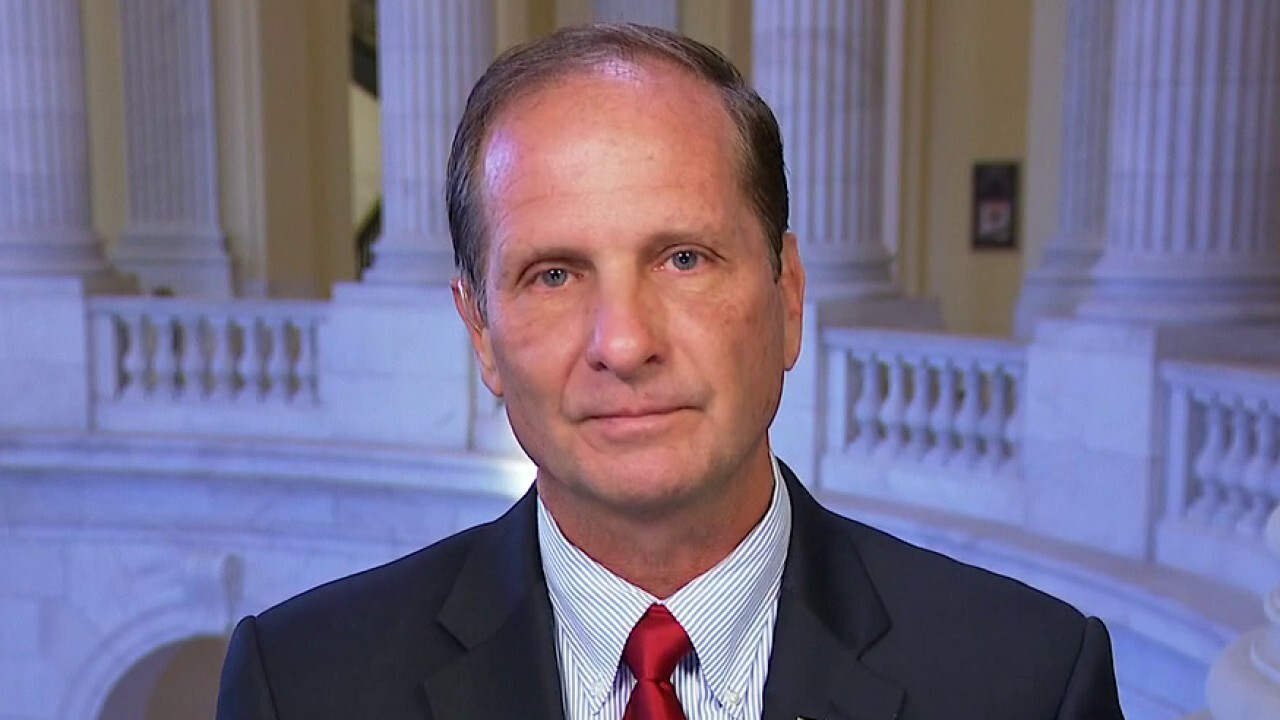 The video in question is of a speech Johnson gave where he torched the Biden and Trump administrations for "not only ignoring, but working against robust research [on] the use of cheap, generic drugs to be repurposed for early treatment of COVID" and noted he held two hearings on the matter.

Johnson claimed on Wednesday that he is "conveying uncomfortable truths" and telling the public "things that they need to know that the media, social media [and] the federal agencies don’t want the American people to understand."

When Bartiromo asked Johnson if he thinks there will be a change in policy as it pertains to social media Johnson said, "Because social media and media work so well for the Democrats I don’t see a legislative solution, but I see one in the free market."

"I get taken down on YouTube, I put my videos up on Rumble," he continued.

Johnson stressed that there are "other alternatives" available, adding that "those alternatives will grow because people do want free speech, they want freedom of expression [and] they value freedom."

He then stressed that "there will be free-market alternatives as long as government doesn’t quash them."