Rolls-Royce has warned that its future could be at risk if the COVID-19 downturn becomes even more severe, after plunging to a record £5.4 billion ($9.8 billion) half-year loss.

The pre-tax loss for the six months to June included a near £1.5 billion hit from currency movements as markets swung violently when the pandemic struck. 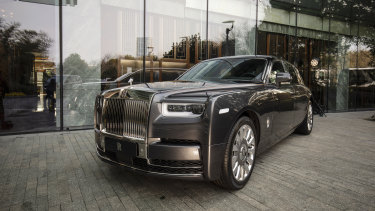 Rolls-Royce has warned that its future could be at risk if the COVID-19 downturn becomes even more severe.Credit:afr

Revenues sank by a quarter to £5.6 billion following a collapse in air travel that crushed demand for the firm's engines, and Rolls also announced its finance chief has a new job.

Bosses are now fighting to raise £2 billion by selling assets including their ITP Aero division, which makes parts for the Eurofighter Typhoon.

Analysts at JP Morgan said: "Only a very major capital raise would put [Rolls] on a sound footing." Rolls warned that in a "severe but plausible downside scenario", uncertainties over the severity and duration of the disruption caused by the pandemic "represent material uncertainties that may cast significant doubt on the group's ability to continue as a going concern".

Chief executive Warren East said: "While our actions have helped to secure the group's immediate future, we recognise the material uncertainties resulting from Covid-19 and the need to rebuild our balance sheet for the longer term. Our view is that we're exploring a range of options. We're not in a great hurry because we have the liquidity and won't be forced to do anything too quickly."

On a grim day for the FTSE 100 firm, finance chief Stephen Daintith also announced he was leaving for online grocer Ocado.

He was previously finance director at Daily Mail owner DMGT.

The company has been hammered by a near-total halt to global air traffic, sending its shares to their lowest levels in a decade and valuing the company at just £5 billion – a third of the level it was at one year ago.

Shares slumped more than 7 per cent, before reversing their losses to close up 1.4 per cent at 256.5 pence. 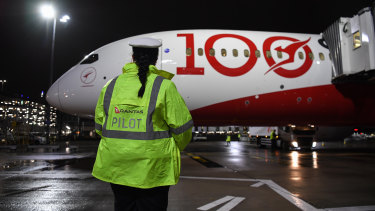 Rolls-Royce has been crippled by a near-total halt to global air traffic, sending its shares to their lowest levels in a decade and valuing the company at just £5 billion – a third of the level it was at one year ago. Credit:Getty

Rolls also said that underlying free cash flow – a measure of how much money the company has after expenses and one of its key metrics – came in at negative £2.8 billion, down from negative £429 million for the same period last year.

Engine flying hours, another key marker of performance, were down by 75 per cent in the second quarter.

Rolls builds engines for wide-body aircraft such as the Airbus A350 and A330 and Boeing's 787 Dreamliner. The firm has been seeking to shore up its finances by cutting its foreign exchange trading book and axing 9000 jobs.

It said that 4000 people had already left the business, with at least 5000 more expected to go before the end of the year.

Almost half of Rolls's reported loss stemmed from a £2.6 billion hit from a re-evaluation of its hedging contracts.

Rolls uses its hedge book to protect itself against currency fluctuations in the aerospace industry, where deals are done in US dollars.

It cut its hedge book against its dollar-based income by $US10.3 billion to $US26.2 billion ($14.2 billion to $36.1 billion) over the next seven years "to reflect the deterioration outlook caused by COVID-19".

This resulted in a £1.46 billion underlying hit for the half-year.

Rolls warned there might be more to come, if there is "further market deterioration compared to our recovery expectations".