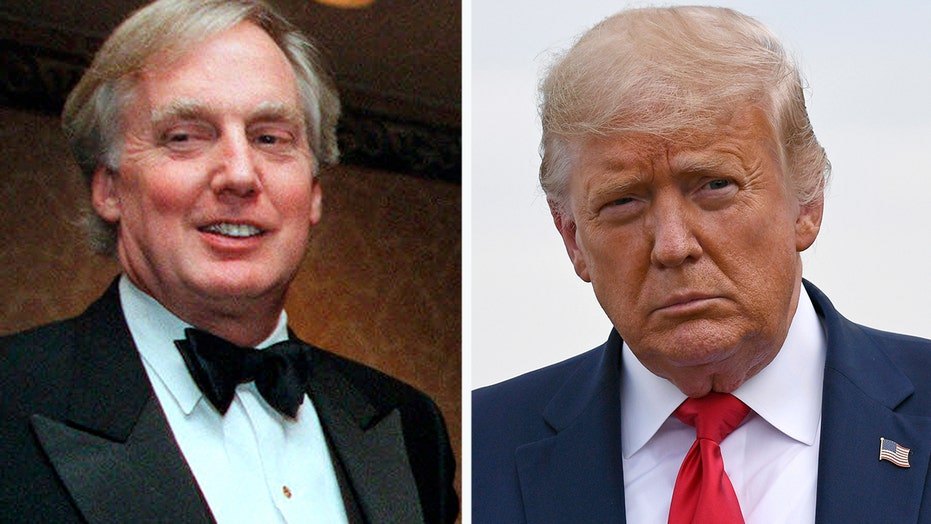 Trump on death of his brother: He was my best friend and losing him is not easy

President Trump on Monday said the funeral for his late brother, Robert Trump, will likely be held Friday, possibly a “small service” at the White House.

The president told reporters Monday that he "may do a small service here at the White House for my brother."

"I think it would be a great honor to him. He loves our country so much," Trump said. "He would be so proud."

He added: "I think it'd be appropriate."

Robert Trump passed away Saturday night at the age of 71.

"It is with heavy heart I share that my wonderful brother, Robert, peacefully passed away tonight," the president wrote in an official White House statement. "He was not just my brother, he was my best friend. He will be greatly missed, but we will meet again. His memory will live on in my heart forever.”

The president added: "Robert, I love you. Rest in peace.”

The president had traveled to New York on Friday to visit his ailing brother. A senior administration official had said the president “has a very good relationship with his brother and his brother is very special to him.”

Robert, who died 11 days before what would have been his 72nd birthday, had reportedly spent more than a week in the intensive care unit at Mount Sinai Hospital in New York City earlier this summer.

Robert Trump is the president’s youngest brother and the youngest of the five Trump siblings: Maryanne Trump Barry, 83, a retired federal judge; Fred Trump Jr., who died in 1981 at the age of 43; Elizabeth Trump Grau, 78, a retired bank executive; Donald, 74, and then Robert.

Like his president brother, Robert Trump joined the family business and was a top executive at the Trump Organization. 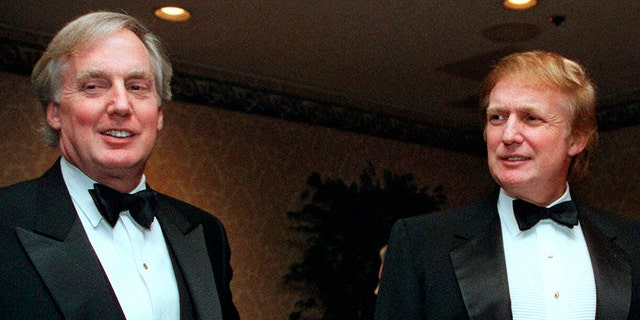 FILE – In this Nov. 3, 1999, file photo, Robert Trump, left, joins then real estate developer and presidential hopeful Donald Trump at an event in New York. President Donald Trump’s younger brother, Robert Trump, a businessman known for an even keel that seemed almost incompatible with the family name, died Saturday night, Aug. 15, 2020, after being hospitalized in New York, the president said in a statement. He was 71. The president visited his brother at a New York City hospital Friday after White House officials said Robert Trump had become seriously ill. (AP Photo/Diane Bonadreff, File)

Robert Trump had pulled back from the public view in recent years and described himself as “gainfully retired” living in Millbrook, N.Y. But Robert had come back into the spotlight recently, as he repeatedly tried to block publication of his niece Mary Trump’s new book, “Too Much and Never Enough.”

He requested a restraining order to stop the book from being published, saying its publication would be a violation of the will she signed of the family patriarch Fred Trump Sr.

“Her attempt to sensationalize and mischaracterize our family relationship after all of these years for her own financial gain is both a travesty and injustice to the memory of my late brother, Fred, and our beloved parents,” he said. “I and the rest of my entire family are so proud of my wonderful brother, the president, and feel that Mary’s actions are truly a disgrace,” Robert Trump told the New York Times in a statement.