With emissions reduction a top of mind issue for boards, new research from the Australian Council of Superannuation Investors (ACSI) warns that the path to a low-carbon world risks leaving some communities behind.

Local communities reliant on the fossil fuel and energy industry could become resistant to efforts to reduce emissions unless companies and governments step in with an equitable transition towards net-zero, according to the investor group.

“One of the risks is that we end up in a situation where there’s high unemployment and potentially social unrest and resistance to the transition,” ACSI chief executive Louise Davidson said.

ACSI, which represents investors managing over $1 trillion in funds, said listed companies in Australia haven’t put enough thought into how they will bring communities with them as they transition to net-zero, and were falling behind firms in other countries. 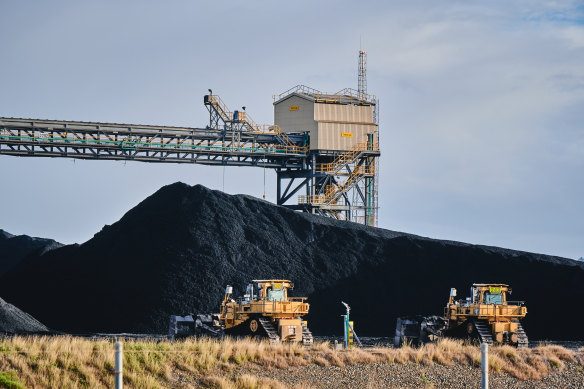 New research found listed companies in Australia haven’t put enough thought into how they will bring communities with them as they transition to net-zero, and were falling behind firms in other countries. Credit:Peter Davis

According to Davidson, companies and governments need to not only commit to net-zero but also clearly explain how that can be achieved in a way that doesn’t force some communities to resist the transition. 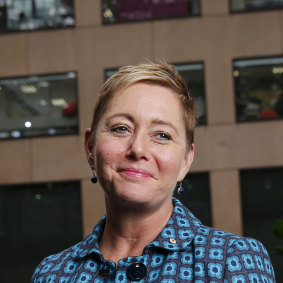 “We can’t afford to have a delay whilst we deal with that resistance. I think really makes it really makes sense for us as a country to say, what are the opportunities here for us to do this really well?”

“Let’s get on and do it so that we don’t have a situation where people are being left without livelihoods or left without opportunities in their community,” she added.

Issues around transition have not domestically received the level of attention they require need, the council found, with overseas companies reporting their plans for the transition of their workforce in much greater detail.

Davidson said that communities that rely on the power generation industry and regions with emissions-intensive assets were a particular risk, as well as those exposed to coal mining or the transportation of coal.

She said that ACSI members, some of whom are Australia’s biggest investors, are increasingly considering it part of their fiduciary duty to support a just transition, as the wellbeing of communities has a material link to the strength of the economy and financial outcomes. While financial losses may be initially borne by specific regions, the effects will spread across the economy.

ACSI has called for companies to significantly increase their reporting, which should be transparent and made available to investors, who are keen to know how companies in emissions-intensive industries and regions were working with local workforces and communities.

“These activities and plans need to be reported to investors, so investors can be confident the
transition is being managed appropriately, and at present, this kind of reporting is very scarce,” said Davidson.

Listed companies should publicly commit to addressing a just transition, make its response context-specific to the region and its operations, and measure and report its progress – for example, how many workers have been retrained, redeployed or make redundant.

Some large Australian companies have already started to think about transition risk. In its 2022 climate report released several months ago, Australia’s largest bank CBA said that Australia needed to aim for a transition which was inclusive and think about the livelihoods of those people and communities most impacted by the transition.

It estimates more than 800,000 people currently live in Australian regions with a high dependency on the coal mining value chain.

ACSI’s research was based on a review of listed company disclosures and existing disclosure frameworks, as well as consultations with investors, companies, policy think tanks, industry associations, unions, governments and regional bodies.

Governments of all levels also need to play a role, ACSI said. It has called for an overarching federal “just transition” framework, an independent authority to advise the government around planning, sufficient funding, and agencies in areas affected by the closure of fossil fuel operations to develop clear plans for specific regions.

“We understand that this is not a simple matter,” Davidson said. “It’s quite complex and quite challenging because it will be location-specific, and there’ll be specific contexts that they will need to take into account.”

“But we do think that the planning and then the recording of that planning is really important.”

Parties to the Paris Agreement are obligated to take into account the importance of a “just transition of the workforce” and the creation of decent work and quality jobs. The idea of a just transition also includes things like environmental sustainability, social inclusion and poverty eradication.

The International Sustainability Standards Board’s (ISSB), which is mapping out global standards for climate reporting, is also looking at the impacts of the transition on workers and communities.