As Tesla's share price rose in the months before its five-for-one stock split, so did the number of electric-vehicle startups looking to join Elon Musk's automaker in the public markets. Already this year, Nikola, Fisker, Lordstown Motors, and Canoo have announced plans to go public by merging with special-purpose acquisition companies, or SPACs. (Nikola has been listed on the Nasdaq since June; the others plan to make their public debuts later this year.)

While Tesla made its IPO two years after releasing its first vehicle, in 2010, these four EV startups have yet to deliver a single vehicle to their customers, pushing investors to place bets before the automakers start generating meaningful revenue.

The interest the likes of Nikola and Canoo have received from SPACs suggests more pre-revenue startups could soon follow their lead. The most likely candidates, two EV experts told Business Insider, are Rivian and Lucid Motors.

"Those are the obvious ones," said Sven Beiker, the managing director of the mobility-tech consulting firm Silicon Valley Mobility.

Read on below to find out why.

Are you a current or former employee of Rivian or Lucid? Do you have an opinion about what it's like to work there? Contact this reporter at [email protected], on Signal at 646-768-4712, or via his encrypted email address [email protected]

Rivian has raised more money than any other private EV company 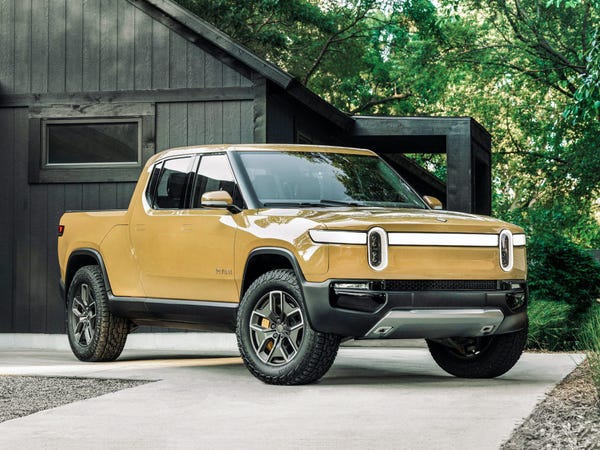 Rivian was founded in 2009, then stayed quiet for much of a decade as it scrapped a plan to build a sports car in favor of an SUV and pickup truck. The company has generated significant buzz from the automotive press since it showed those vehicles at the Los Angeles Auto Show in 2018, and has since landed partnerships with Amazon (which ordered 100,000 delivery vans) and Ford (which intends to use Rivian's EV platform in one of its own vehicles).

So far, Rivian has raised $6 billion, more than any other private EV manufacturer, ahead of the 2021 release of its R1S SUV and R1T pickup truck.

Beiker of Silicon Valley Mobility said he would have expected Rivian and Lucid to go public before Nikola, Fisker, and Lordstown (Canoo had not yet announced its attention to go public at the time of Beiker's August interview with Business Insider), since they're closer to releasing their first vehicles.

"I would not have been surprised if someone told me Rivian is going to go public," he said.

A Rivian spokesperson dismissed the speculation, saying the young automaker is in a good financial position and focused on building cars. "We have no plans to go public anytime soon," she said. 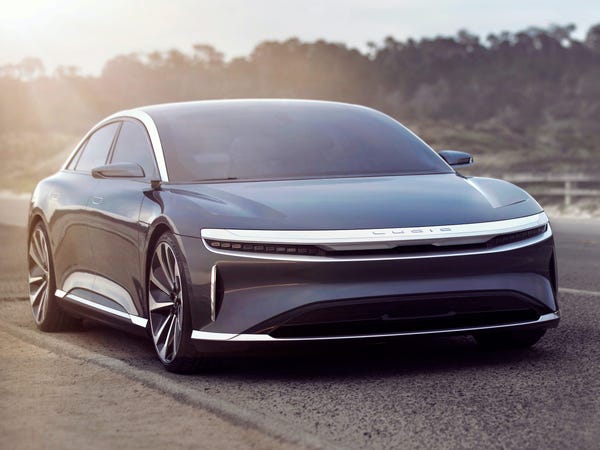 Lucid, founded in 2007 under the name Atieva, is led by CEO Peter Rawlinson, who oversaw the development of Tesla's Model S sedan. The automaker's debut vehicle, the Air sedan, is scheduled to arrive next year, start at more than $100,000, and deliver more than 500 miles of range, according to an independent firm Lucid hired to test it.

If the Air hits the same number in official EPA testing, it will officially have more range than any other EV available today. Lucid plans to follow the Air with an SUV.

"We're really impressed by their technology," said Asad Hussain, a mobility analyst at PitchBook. "Their management team has a great track record."

Hussain said Lucid, which has raised $1.2 billion and closed its most recent funding round in 2018, will need more money to continue developing new products. He cited a February interview Rawlinson gave to Bloomberg in which he said that, while Lucid has enough money to begin production of the Air, it will need to raise "nine-figure sums" beyond that point.

"We want to accelerate our growth," Rawlinson said at the time. "We'll need more capital to do that."

A Lucid representative reiterated Rawlinson's point that the company has enough funding to start manufacturing the Air and said production of the vehicle is the company's top priority.