Rio Tinto and China Baowu Steel Group will spend $2 billion on the Western Range iron ore project in the Pilbara region to start delivering 25 million tonnes a year of the steel-making ingredient by 2025.

The deal will help the Australian mining giant maintain its iron ore production from Western Australia as other reserves such as the Eastern Range iron ore deplete.

Under the joint venture agreement – which Rio shareholders are yet to approve as both Baowu and Rio’s 11 per cent shareholder Chinalco have a common owner, the Chinese government – the miner will bear 54 per cent of the cost of the project, in line with its equity stake. 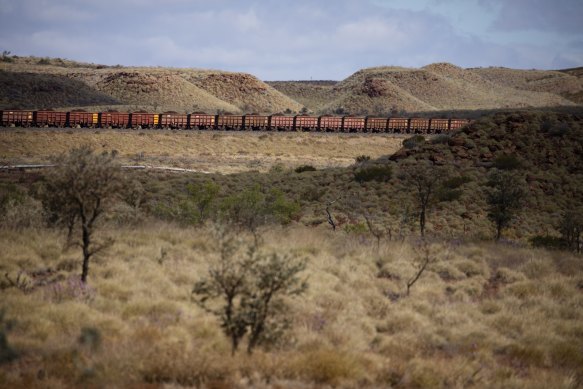 Under ASX listing rules, the transaction constitutes the sale of a substantial asset to an associate of a substantial shareholder and hence has to be given the green light by a majority of the non-Chinalco shareholders at general meetings of Rio’s UK and Australian entities on October 25.

If approved, construction of the project will start in 2023 and will support 1600 jobs, mainly from the stretched WA labour market. The 800 workers required to operate Western Range will be transferred from other operations at Rio’s Paraburdoo mining hub.

As part of the deal, Rio and its Chinese partner have also struck a sales agreement that will see Baowu buy 126.5 million tonnes of iron ore at market prices over about 13 years – 46 per cent of the steel making ingredient the project is expected to produce over that time, in line with Baowu’s 46 per cent equity stake in the project.

Rio’s iron ore chief executive Simon Trott said the miner had worked with Baowu, its largest customer, for four decades and had supplied the Chinese steelmaker more than 200 million tonnes of iron ore during that time.

“At the same time, Rio Tinto and Baowu continue to work together on low-carbon steelmaking research, exploring new methods to reduce carbon emissions and improve environmental performance across the steel value chain,” he said.