A group of New York restaurant and gym owners on Tuesday filed a lawsuit against New York City and Mayor Bill de Blasio over the city's COVID-19 vaccine requirements.

De Blasio on Monday issued an executive order requiring patrons and employees of indoor restaurants, fitness and entertainment facilities to show proof of vaccination with either a paper certificate provided by the Centers for Disease Control and Prevention or New York State's "Excelsior" pass app championed by outgoing Gov. Andrew Cuomo over delta variant concerns.

The petition led by the Independent Restaurant Owners Association Rescue and filed in the New York Supreme Court condemns the city's vaccine mandate for indoor restaurants as "arbitrary, irrational unscientific, and unlawful."

"We're representing the restaurants, the gym owners — any small businesses affected by this mandate," attorney Louis Gelormino, who is representing plaintiffs in the suit, told Fox News. "What we're looking for is a permanent injunction against the mandate to test people as they walk into restaurants and gyms or require [proof of] vaccination." 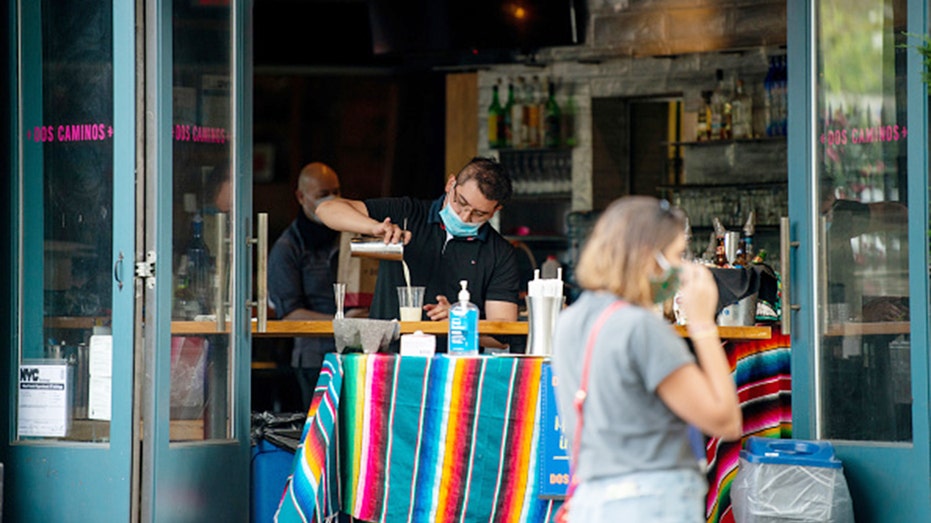 A restaurant employee wearing a mask pours an alcoholic drink into a plastic cup on May 31, 2020 in New York City. (Photo by Alexi Rosenfeld/Getty Images)

The lawsuit notes that a study released by New York State based on data from September and November of 2020 found that 74% of COVID-19 cases stemmed from household gatherings, while only 1.4% stemmed from restaurants.

As of Monday, 56% of  New York City residents were fully vaccinated and 62% had received at least one dose.

"There's a myriad of constitutional violations this affects," the attorney said.

The mayor's office did not immediately respond to an inquiry from Fox News. 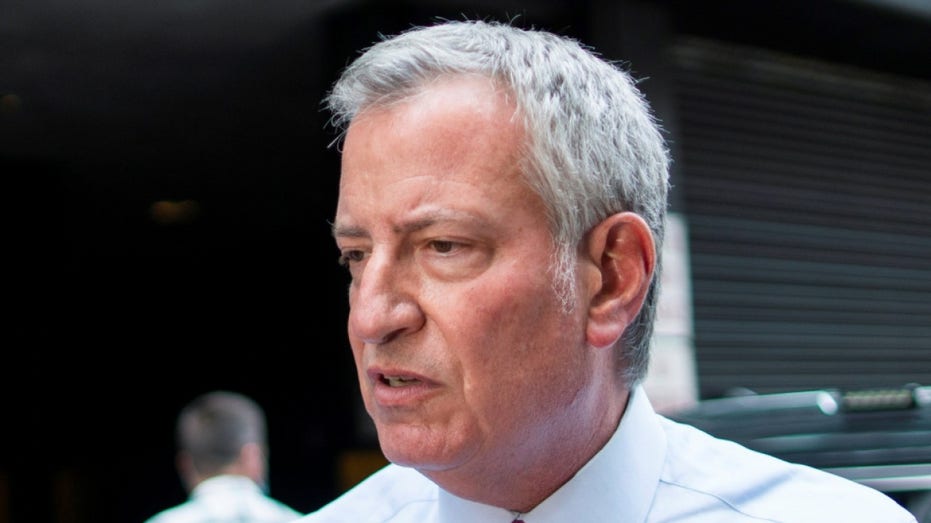 De Blasio's executive order notes a Yale University study that found New York City’s "vaccination campaign" is estimated to have helped prevent about "250,000 COVID-19 cases, 44,000 hospitalizations and 8,300 deaths from COVID-19 infection since the start of vaccination through July 1, 2021."

The vaccine mandate officially went into effect on Tuesday.

"New York City has one mission: defeat the delta variant and build a recovery for all of us," De Blasio said in a Monday statement. "The Key to NYC sends a powerful message that vaccination will unlock our city’s potential, and we’ll stop at nothing to save lives and keep New Yorkers safe."

Health Commissioner Dr. Dave A. Chokshi said vaccination is the key to unlocking activities in the city and "makes every activity safer and this is a common-sense precaution to keep patrons of gyms, restaurants and indoor entertainment healthy."