WASHINGTON ― President Donald Trump refuses to concede, his legal team continues to challenge the legitimacy of the election without any serious proof of wrongdoing, and Republicans in Congress are perfectly fine with it all.

If you ask GOP lawmakers these days if they’re troubled by anything the president is doing to undermine U.S. democracy ― a framing that most of them will reject ― Republicans will tell you Trump is well within his right to challenge the election results. They will say there is nothing wrong with letting the process play out.

They will pretend Trump’s refusal to concede is normal. They will ignore the harm Trump is doing to the electoral system. They will actually praise Trump for looking into election fraud. And they will tell you, even privately, that they believe Trump can still win.

“I don’t call it undermining,” Rep. Randy Weber (R-Texas) told HuffPost Wednesday night. Weber said Trump just wanted a fair election, one that counts “the proper votes, and not the illegal ones.”

But if you were looking for a clue about what “proper votes” really means, Weber delivered a Freudian slip. What he actually said was “the right” votes, before he stopped himself and said “the proper votes.”

Trump and congressional Republicans are hoping, by some miracle of judicial intervention, that courts will just toss out thousands of the ballots cast for President-elect Joe Biden ― for whatever reason ― and that Trump will suddenly be declared the victor in a handful of states that he’s lost. Or they’re hoping that states won’t certify the election results ― in effect, overturning the will of the voters ― and free Electoral College voters to choose whomever they desire. 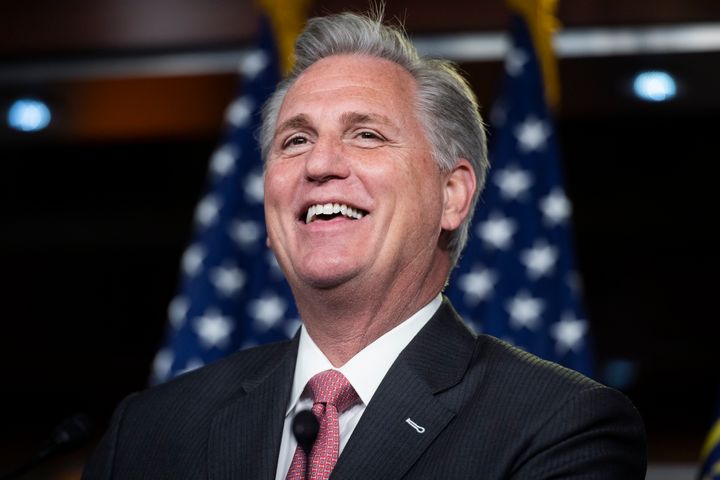 The coup is extremely unlikely to work. At almost every turn, Trump’s legal team has its lost court challenges, and states are on their way to officially certifying the results.

But that doesn’t make what Republicans are doing any less harmful to the election process or our democratic institutions. Trump is undermining faith in voting, creating spurious reasons for GOP attempts to disenfranchise minority voters, and he’s casting a cloud of illegitimacy over Biden’s presidency.

However, for Republicans, placating Trump and his voters’ feelings is worth that damage.

At least, that’s the narrative many Democrats believe ― that Republicans have to go to the mat for their president, soothe his bruised feelings, and make sure GOP voters are energized to come out and support their candidates in the Georgia Senate run-offs in January.

There is certainly some of that going on. When HuffPost confronted some Republicans, it was clear they didn’t want to talk.

Rep. Patrick McHenry (R-N.C.) remained silent. Rep. Glenn Grothman (R-Wis.) said he hadn’t watched the news. Retiring Rep. Paul Cook (R-Calif.) said Trump was just being Trump. Rep. Mike Gallagher (R-Wis.) told HuffPost to get in contact with his office. And Rep. Billy Long (R-Mo.) ― a lawmaker so pro-Trump that he carries around fake “45-dollar” bills with Trump’s face on them in his outside jacket pocket ― started speaking auctioneer gibberish. (Long, a former auctioneer himself, has used this maneuver before.)

But not every member is ignoring the question or just committing to the bit. The truth is actually much scarier. The truth is that some Republicans honestly believe Trump won the election and is the victim of a vast left-wing conspiracy.

When HuffPost gave Republicans the opportunity to discuss their real feelings on background, every Republican said they didn’t need to go on background; this is how they truly felt.

“He has every reason to do what he’s doing,” Rep. Roger Williams (R-Texas) told HuffPost.

“I’m supportive of the president trying to make sure every free and fair and legal and certified ballot is counted, and any that’s, you know, gained by fraudulent or illegal means is cast out,” Rep. Steven Palazzo (R-Miss.) said.

“This is his opportunity to use the system that we have in place, and he is welcome to it,” Rep. Scott Perry (R-Pa.) said. “Nobody complained on the other side when Al Gore did it for 30-whatever-days.”

Leaving aside the intense complaints from Republicans when Democratic presidential nominee Al Gore contested an election that was decided by 537 votes in Florida after the Supreme Court ordered election officials to stop counting ballots in 2000, Republicans truly feel that Trump was wronged.

Freedom Caucus Chairman Andy Biggs (R-Ariz.) was practically indignant when HuffPost asked if he was troubled by any of the president’s attempts to undermine the election results.

“Don’t talk to me about undermining elections and credibility,” Biggs said. “We haven’t even had a single state certify yet. Come on!”

Some GOP lawmakers are so convinced of fraud, they think Trump still has a legitimate chance of remaining in the White House.

Rep. Barry Loudermilk (R-Ga.) said Trump wasn’t trying to undermine the election results. “He’s trying to get to the bottom of what are the results!” he said.

And Rep. Jody Arrington (R-Texas) said it would be a disservice ― “whether it’s Biden or Trump” ― to not let the process play out. “I would never call a definitive conclusion to something that’s being contested in the courts because that undermines the rule of law,” he said.

And when we pressed Arrington on whether he was being real, he insisted it wasn’t an act.

There are, of course, some Republicans who are delivering a performance.

Minority Leader Kevin McCarthy (R-Calif.) has gone before the press multiple times per week since the election and delivered some form of this speech, feigning that he doesn’t know who will win the White House, though his acting job could perhaps use some work.

Rep. Justin Amash ― the departing Libertarian from Michigan who left the GOP in 2019 ― said McCarthy’s answers were “absolutely a performance,” but that other Republicans truly do buy it.

“Some of them accept it as reality, and others are performing,” Amash said. “I think some of these leaders are, you know, total con jobs.”

As for himself, Amash said you’d have to be crazy to actually think Trump had won the election.

“They’d have to believe there’s one of the most massive conspiracies in the history of the world, and that thousands of election workers are in on it,” he said.

But that seems to be the position of many Republicans, even when you challenge them on their dubious claims of voter fraud. They still see a path for Trump to win. Or they don’t see a path, and therefore, don’t see the harm in letting Trump play out the string.

Perhaps the one exception in the House GOP conference has been Rep. Adam Kinzinger (R-Ill.).

Kinzinger told HuffPost on Thursday that there could be damaging long-term effects to Trump undermining confidence in the electoral system. He said Trump and his Republican colleagues should be “grown-up” about how they talk about voter fraud. And he called on his GOP colleagues who know Trump has lost to stop defending the president’s actions.

“If you legitimately think Trump won, fine, fight for that. But if you don’t, you know, this will have implications for your kids and grandkids,” he said.

Related News:
Business News:
Southwest Rapid Rewards Priority card review: One of the most value-packed airline credit cards around, and a single benefit cancels out $75 of the annual fee
Still waiting for a $1,200 stimulus check? Lawmakers urge more action to get outstanding money to Americans
Mallory Schwartz Joins Mythical Entertainment As VP, TV & Film Development
A Star Chef’s Gumbo Breaks a Big Rule of New Orleans Cooking
WHO warns Covid reinfections may occur as data suggests antibodies wane
Recent Posts
This website uses cookies to improve your user experience and to provide you with advertisements that are relevant to your interests. By continuing to browse the site you are agreeing to our use of cookies.Ok