Rep. Marjorie Taylor Greene took to Twitter late Wednesday to continue her push for a debate with Rep. Alexandria Ocasio-Cortez over the contentious Green New Deal.

On Tuesday, Ocasio-Cortez and members of the “Squad” rallied around a new push for the “Green New Deal” with separate bills for public housing, a civilian climate corps and funding for cities. Republican said policies like the Green New Deal would lead other countries to depend on nations like China and Russia.

The Greene tweet included a photo of the pair on the House floor.

“I’m glad I ran into you today @AOC to plan our debate about the Green New Deal,” the Georgia Republican posted. “After I finish reading all 14 pages, like we agreed, I’ll schedule time for our debate.” 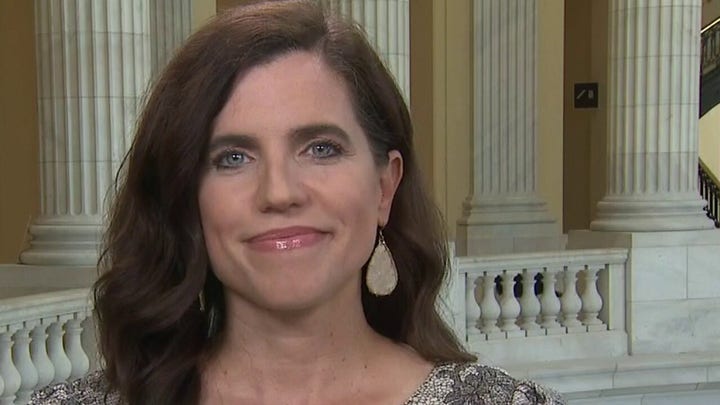 Greene’s detractors criticized her for appearing to admit that she did not read the proposal that she has criticized. Others saw Greene’s tweet as a dig the plan has been criticized by Republicans for lacking substance.

Neither office responded to an after-hours email from Fox News seeking comment. Taylor Greene had been calling on Ocasio-Cortez to debate her for a while. Last week, Greene highlighted her business background as an owner of a construction company for two decades. She compared her resume to Ocasio-Cortez’s “degree in economics.”

“A debate between AOC and I on the Green New Deal economic policy would be informative for the American people,” Greene wrote. “They deserve to hear the two sides with pro’s and cons.”

Ocasio-Cortez called it a “false notion” that the country has to choose between the planet and the economy.

“And we decided to come together in sweeping legislation that not only rejects that notion, but creates a plan for 20 million union jobs in the United States of America to rebuild our infrastructure, to restore public housing, to make sure that we expand our access not only to EV [electric vehicles] and EV infrastructure, but mass transit,” she said on Tuesday.