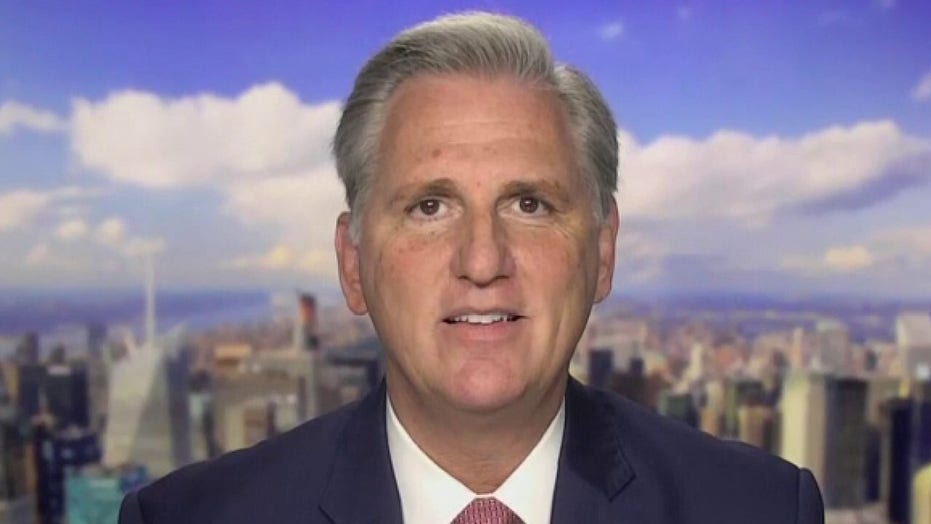 GOP Leader Rep. Kevin McCarthy argued there should be more consideration for the well-being of President Trump and others following the commander in chief's coronavirus diagnosis.

“This is uncalled for, especially in this time and place,” he said. “Other nations are watching America. This is the one time we could unite together… [Trump] is sitting here trying to work with this speaker to get a COVID relief package together and these are the comments that she makes? It’s really unbecoming of that position.”

TRUMP TESTS POSITIVE FOR CORONAVIRUS: HERE'S WHO ELSE IS POSITIVE, AND WHO'S NEGATIVE

The leader recalled having a conversation with the president Friday night and said he was most worried about the others who had also contracted the virus. He said Trump appreciated the well wishes but was still hard at work. 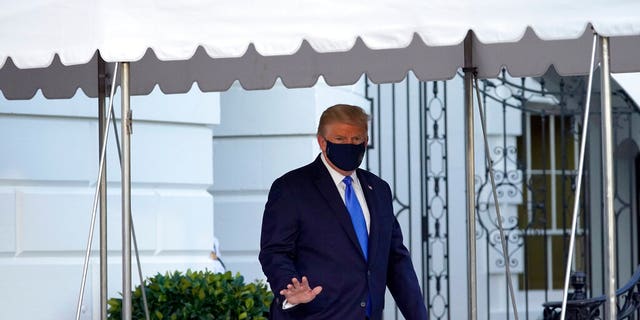 President Donald Trump waves to members of the media as he leaves the White House to go to Walter Reed National Military Medical Center after he tested positive for COVID-19 in Washington. October 2, 2020. (AP Photo/Alex Brandon, File)

The information was swapped in a Sept. 29 letter from Director of National Intelligence John Ratcliffe to Sen. Lindsey Graham, R-S.C.

“No one in Congress, the House or the Senate, has ever seen this information, even though we have spent all these years investigating,” he revealed. “Now remember [former FBI agent] Peter Strzok, he was on Crossfire Hurricane and the Mueller Report, and never once did this intelligence show up anywhere… This is the biggest news that didn’t get reported.”

The fact that former CIA Director John Brennan, former FBI Director James Comey and President Obama were aware of Clinton’s alleged formulation and never brought it to the attention of Congress, McCarthy said, was a “waste” of two years.

“This should drive every member of Congress to go get the underlying information that John Ratcliffe has just made transparent to the world,” he said.