The lightning pace of the development and mass production of COVID-19 vaccines through Operation Warp Speed has been welcome news for hundreds of millions of Americans desperate to return to their pre-pandemic lives. More than 296 million vaccinations have already been administered with an additional 70 million more ready to go.

President Donald Trump deserves credit for laying the groundwork and delivering this historic feat to the American people. His ambitious “Operation Warp Speed” enabled the pharmaceutical industry to develop and mass-produce three separate vaccines in a timeframe that the liberal media initially scoffed at with their coastal condescension.

What if the United States still didn’t have a vaccine available, and the virus was continuing to spread to millions of more Americans? What if our country was still in lockdown with no end in sight? And what if we had to rely on China to supply our vaccines?

If Speaker Pelosi gets her way, we may find out. 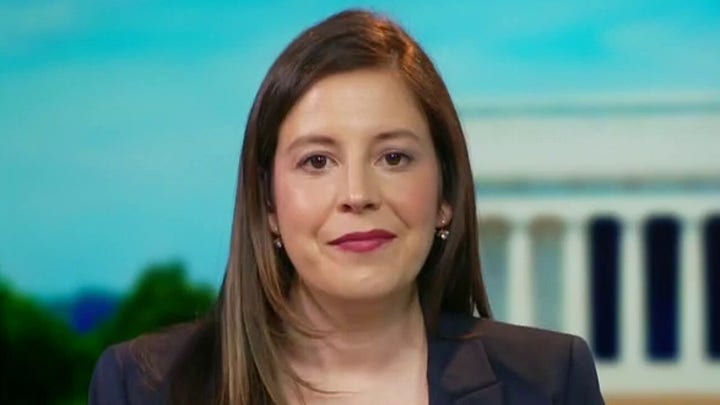 The legislation would force private sector companies to disproportionately foot the bill for research and production of a drug, minimizing their return on investment and hindering innovation. Under Pelosi’s plan, these companies would be forced to cut research and design spending on new drugs, leading to fewer cures and lifesaving breakthroughs for individuals and families most in need of hope.

Ultimately, Pelosi’s plan would make the pharmaceutical industry do what so many other American industries have already been forced to do – close up shop and move to China.

Trusting the Chinese Communist Party to produce medicine and medical supplies that countless Americans rely upon to live – especially during a deadly pandemic — is a dangerous threat to our public health and national security.

The Chinese Communist Party has already demonstrated that it doesn’t play fair when America is in need. “The World Needs Masks. China Makes Them, but Has Been Hoarding Them,” reads a March 2020 New York Times headline. “‘Play dirty’: Chinese official threatens US medical supplies over Huawei fight,” reads another.

This truth is no surprise, considering the Chinese Communist Party engaged in a coverup to hide information about the COVID-19 outbreak from the very beginning — information that could have saved countless lives around the globe. China is not our friend, and Speaker Pelosi and House Democrats need to come to terms with this.

Implementing socialist price controls on lifesaving prescription drugs and supplies won’t make them more affordable for the American people. It will make them scarcer when distribution chains are fulfilled at the sole discretion of Beijing.

The health of the American people cannot be left in the hands of a country with a long history of human rights violations, hostile posturing towards the United States, and hundreds of concentration camps for the “reeducation” of ethnic minorities.

If Speaker Pelosi had any sense, she and her Democrat colleagues would abandon their ill-conceived, anti-free market drug pricing bill for the good of our national security and the health of the American people.

If the goal is truly to lower prescription drug costs, there is a way to do that without instituting Socialist price controls and punishing innovators. That is why I am co-sponsoring  the bipartisan “Lower Costs, More Cures Act” to reduce costs without hampering research and development.

The key elements of this bill include capping out-of-pocket health care costs for senior citizens, mandating transparency for drug costs, increasing competition by getting more generic medicines to market, and charging the U.S. Trade Representative with negotiating drug prices in all international trade agreements.

These ideas are not controversial and should receive strong, bipartisan support. But Speaker Pelosi refuses to consider them, instead pushing her Socialist price control scheme that jeopardizes our national security.

It’s time for Democrats to stop embracing Socialist solutions to our country’s problems and work with Republicans to empower our private industries. We can and must lower costs without putting the health of the American people in the hands of Beijing. China is not our friend.