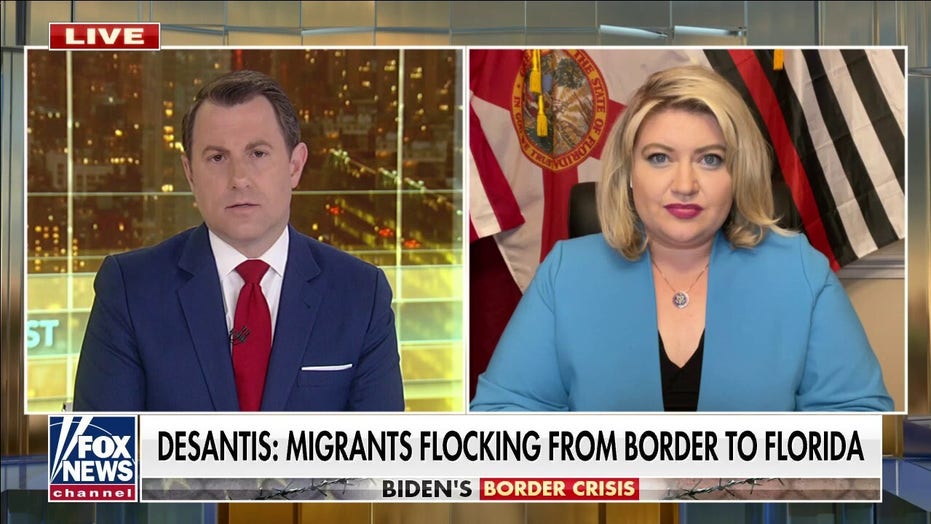 Rep. Cammack on border crisis: ‘Every town is a border town’

Rep. Kat Cammack, R-Fla., recently visited the southern border after DeSantis said that migrants are flocking to the state

Rep. Kat Cammack, R-Fla., says “every town in America is a border town” after she recently visited the southern border with sheriffs from across her district in northern Florida.

Cammack joined “Fox & Friends First” Tuesday and echoed Gov. Ron DeSantis after he was informed that undocumented immigrants were flooding into Florida after crossing the border in Texas.

The Florida congresswoman called out the Biden administration over their handling of the crisis and raised concern over the influx of illegal fentanyl-laced drugs through the southern border.

“If you look at narcotics confiscated at the border it’s enough to kill every man, woman, and child nine times over. That is just fentanyl. This is a crisis of epic proportion. If you look at what is happening the governor hit on it,” she said.

“I witnessed it firsthand standing on the banks of the river, and it is heartbreaking. You cannot begin to protect your hometown if you cannot defend the homeland, and that starts with border security.” Cammack added.

The Republican lawmaker torched the Biden administration over not accepting Cuban refugees and suggested officials were playing politics. (Cuban refugees have reputedly aligned with conservative politics.)

“Do not come here if you’re from Cuba, but if you are from anywhere else, through the southwest border, it is a welcoming party. The most expensive welcoming party I have ever seen” Cammack said.

DeSantis argued the border crisis would “turn around very quickly” if Biden reinstituted Trump-era policies he reversed by executive order shortly after taking office. He called for the reinstatement of the Migrant Protection Protocols, which required asylum seekers to remain in Mexico during their immigration proceedings.