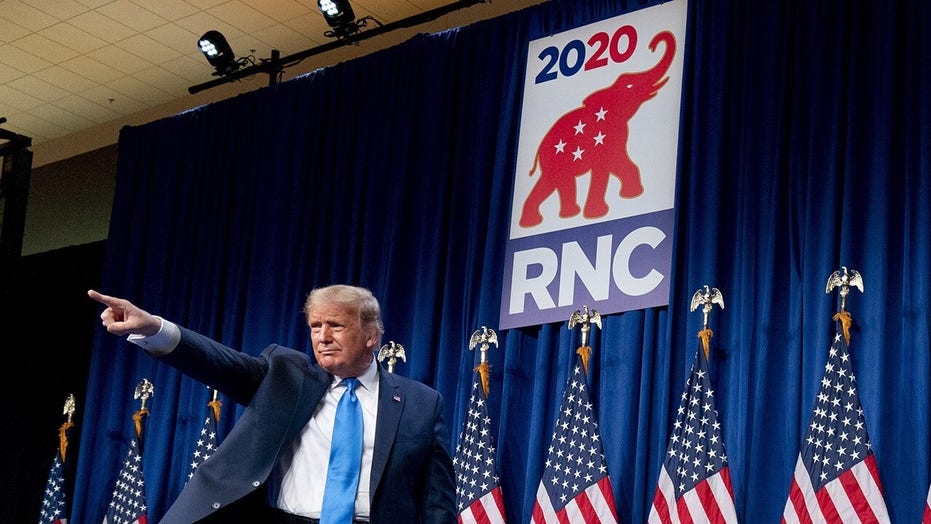 The spirit of America is a spirit of heroism: risking for others even if the ante is your life, never being broken no matter how hurt you are, and fighting with a grin of determination that widens as the challenge you face grows.

I know most Americans will never lose this spirit no matter the obstacle, but I do believe that this November’s election presents a clear choice between a vision of big government actively seeking to extinguish the flames of our heroic spirit and a vision of limited government that looks to empower America’s everyday heroes.

SEN. TOM COTTON: AS PRESIDENT, BIDEN WOULD PANDER TO CHINA – JUST LOOK AT HIS LIFELONG RECORD

As a career Army bomb technician, I have seen real heroism in the Ranger warfighters I stalked Afghanistan with each night and in the injured combatants whom I healed alongside in Walter Reed Army Medical Center after losing the two legs God gave me.

Following my injury, I met dozens of new recipients of the Purple Heart each month. Some of them were newly blinded but went on to become top Paralympic athletes. Some lost an arm and two legs. Some, though burned across massive percentages of their body, had hundreds of surgeries so that they could continue to have a smile for everyone they met. A rare few lost all four limbs, and even now, they do not settle for just surviving, they fight every day to thrive.

Some were men and some were women. Some were officers and some enlisted. They came from all different backgrounds – various races, ethnicities and creeds. Their commonality was that they loved America enough to give their life for her, and knowing the sacrifices to their body, would still go back and do it all again to defend the spirit of our great nation.

We all wake up as Americans each new day with the same opportunity.

These heroes are examples of what Americans have always known. We are not glass statues. If we fall, we do not just shatter and break into hundreds of little pieces. We are resilient and gritty. We are at our best when we are up against the worst.

These heroes also show the world the power of liberty and true freedom. No matter the level of pain endured by the flesh and by the mind, we all wake up as Americans each new day with the same opportunity. We get to decide, for ourselves, that tomorrow is better than yesterday or this week is better than the last.

That is the guarantee that comes with the freedom to govern ourselves, and it is this belief that underlies the Republican Party’s vision for our nation. There is no bill, law or lawmaker that can make us more capable than our will alone because government has never been the spirit of America. The spirit of America is the same as the spirit of heroism: service in pursuit of justice and sacrifice for causes bigger than ourselves.

Above all, let us remember to be united in our determination to strive, to advance, to push and to achieve like no other!