B&Q advises on the best way to clean grout

A hack for how to clean grout has been taking TikTok by storm recently. The trick – which has been doing the rounds on the “cleantok” side of the social media platform – involves dousing pieces of toilet roll (or kitchen roll) in bleach. Videos inform viewers that they should then line up the paper onto their grout – be it in their shower or baths – pressing it into the black patches of mould that have developed.

Amazon is launching early Prime Day deals on home and kitchen appliances. Save on vacuum cleaners, air fryers and more and join Prime for free to shop the big sale.

Most videos then advise leaving the bleach-soaked toilet paper overnight, or at least for a couple of hours, before wiping the paper down the grout in order to remove the black mould.

With most videos, the grout appears to be wiped clean following the hack, leaving users with gleaming white bathroom grout once more.

So it looks to be an incredibly effective way to clean one of the trickiest parts of the bathroom.

However cleaning experts are warning that this hack is best avoided. 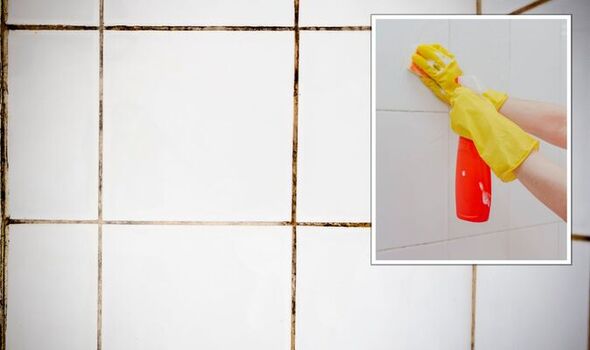 Jennifer Sharpe, Chief Fragrance Officer at Fabulosa explained that though effective, she wouldn’t advise using this trick at home.

She said: “I wouldn’t recommend using bleach on grout, as it could compromise the grout’s integrity by potentially causing damage and degrading it.

“Instead, I would strongly suggest using a relevant task specific product.”

Sam Stawarz, a cleaning expert and Operations Director at Time For You agreed, explaining that neat bleach can be really hazardous if used in this way.

“It can be really dangerous to your health for starters.”

The expert even explained that the trick doesn’t actually appear to even work properly.

He said: “This ‘hack’ doesn’t actually get rid of the mould, it merely hides it.”

Cleaning expert at Housetastic and owner of Squeaky Clean Queens, Karen Barrigan agreed, claiming that it only removes the “colour” rather than the actual “mould growth”. 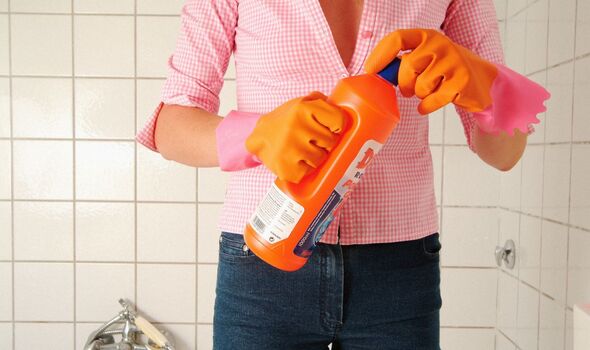 She stated: “This claim has been backed up by experts, including a mycologist who states that this is one of the worst ways in which you can tackle mould growth in your home.

“When you put bleach on the mould, it simply takes the colour out, but the fungi remain.

“The mould will always come back after a few weeks with this method.”

As such, Jennifer cautions against blindly following cleaning hacks on platforms like TikTok, and instead exercising caution.

She said: “Cleaning has become a fun hobby for many people, especially with the rise of ‘cleanfluencers’. 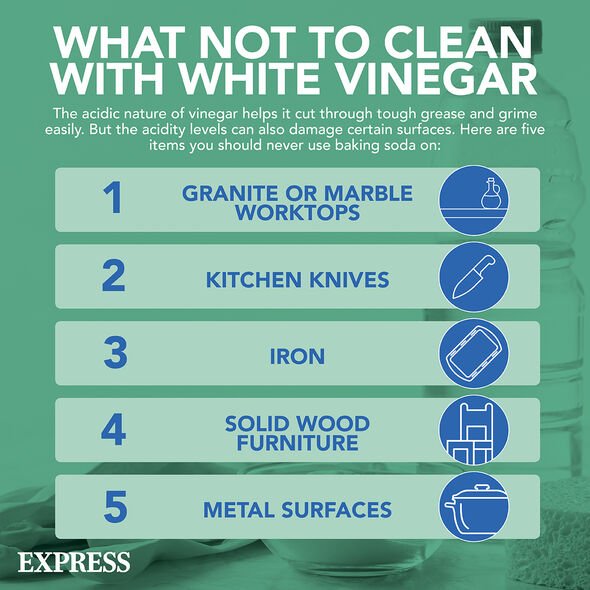 “But it is important to remember that cleaning products are made up of chemicals that fight against viruses, bacteria, and germs, and must be used safely.”

So how should we actually be treating – or getting rid – of mould in our bathrooms, then?

Sam answered: “The best thing is prevention; it’s always best to stop the build-up before it gets too late.

“Use a stain blocking grout sealant and regularly clean with proper mould and mildew spray.

“These are usually bleached based but at lower levels, and usually mixed with other compounds to actually remove the black mould.”