STARGAZERS will be treated to the site of a Pink Moon this week.

It will be a particularly special phenomenon because it will also be a Super Moon, making it bigger and brighter than usual. 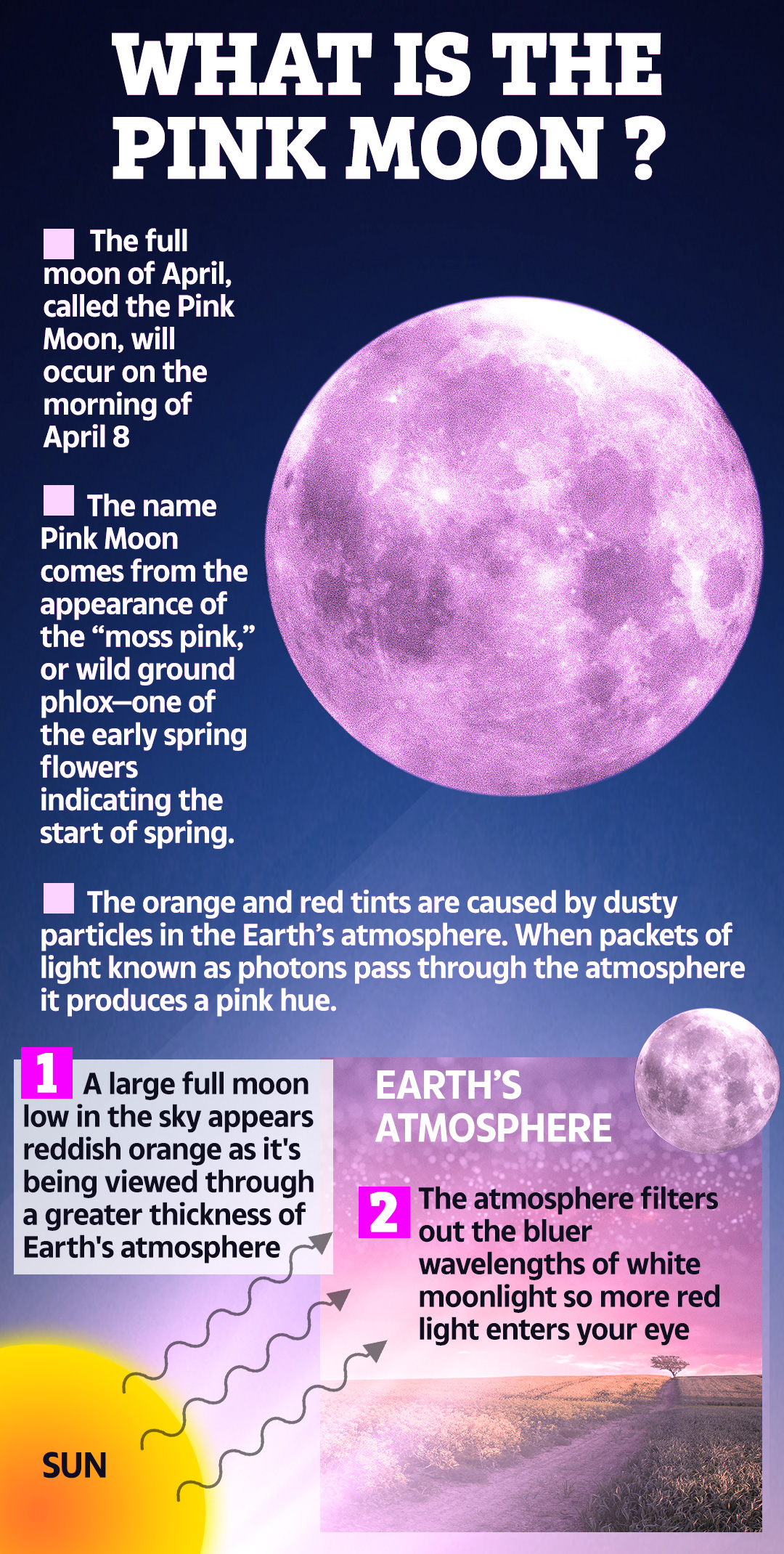 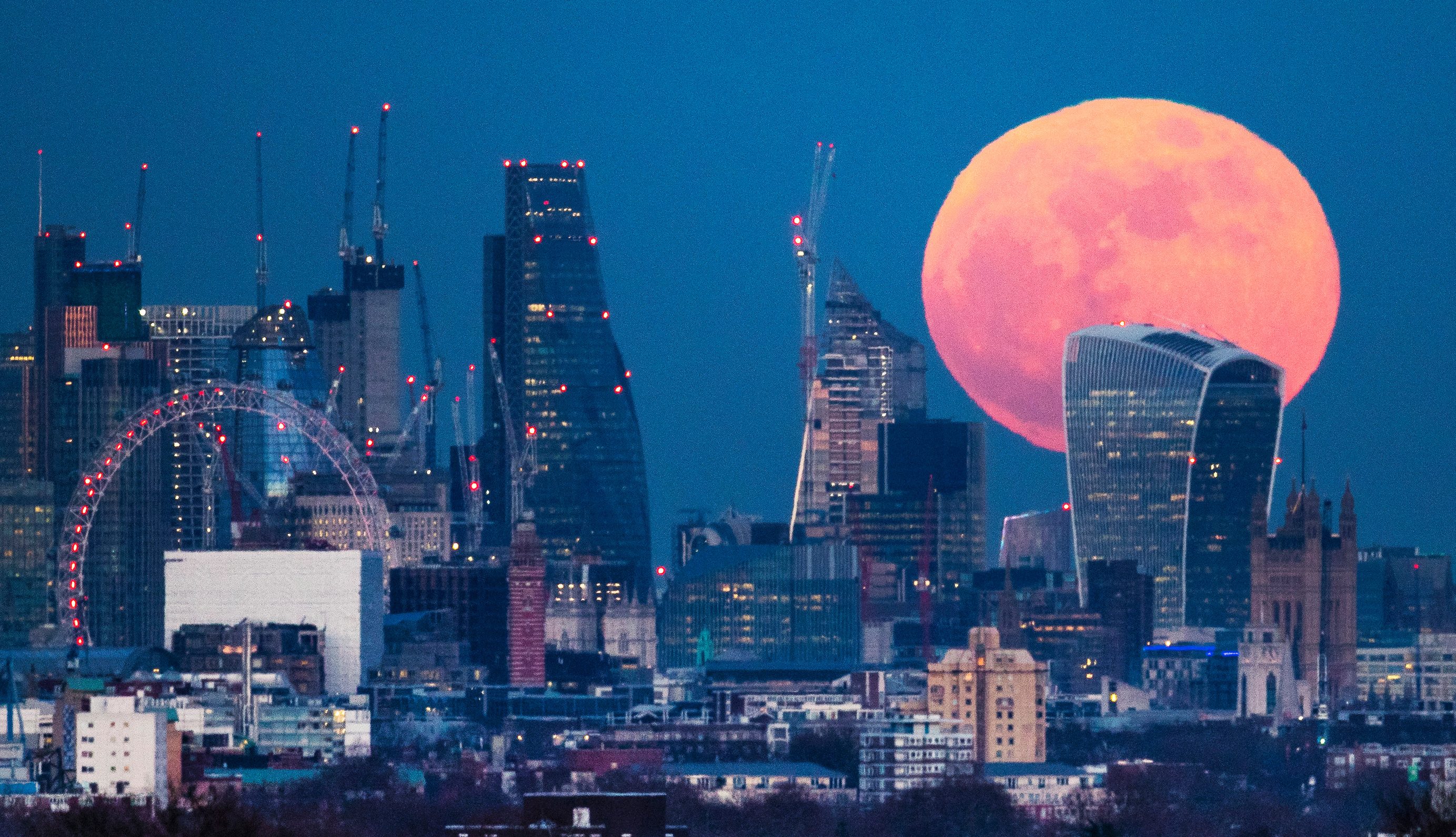 The term Pink Moon refers to the full moon that occurs every April and is named after the pink spring flower that appears at the same time.

The name is slightly deceiving because the Moon won't actually look pink but a slightly pale orange.

Stargazers should be able to spot the orange Pink Moon in the early hours of the morning on Wednesday April 8.

People in the UK, Europe and North America should be able to see the phenomenon. 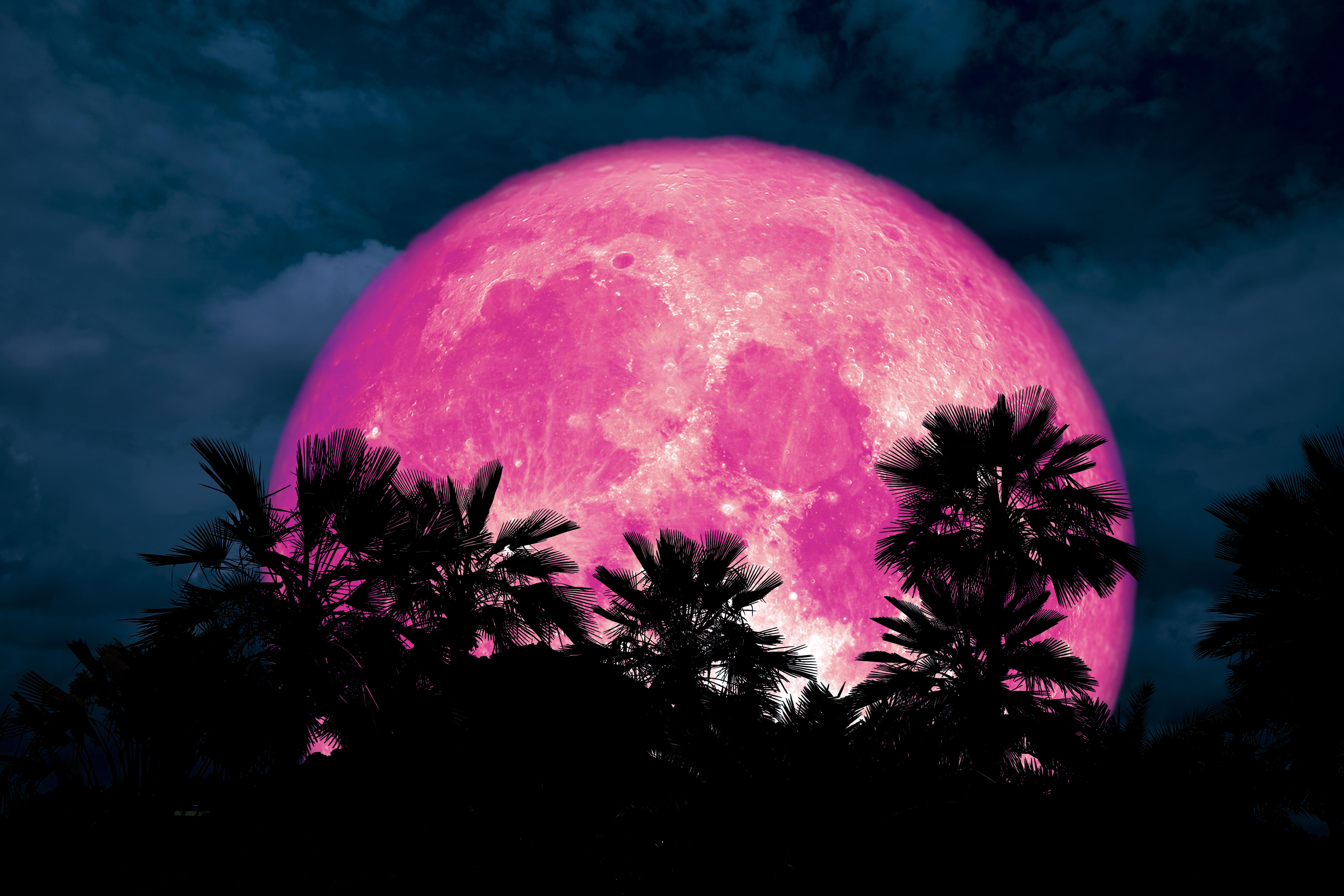 The phrase 'Pink Moon' actually came about due to a spring flower called Wild Ground Phlox, which is very pink and appears in the US at the same time as April's full moon.

This natural phenomenon is always linked to the date of Easter because it appears after the spring equinox.

You may think the term Pink Moon is confusing but the very same celestial phenomenon can also be referred to as the Egg Moon, Full Sprouting Grass Moon, Growing Moon or the Full Fish Moon.

The Pink Moon will look orange as it rises because when a large full moon is seen low in the sky it is being viewed through a greater thickness of the Earth's atmosphere.

Earth's oxygen and nitrogen-rich atmosphere filters out the bluer wavelengths of white moonlight when the Moon is close to the horizon as it rises.

This filtering process, known as light refraction, results in more of the red component of moonlight travelling directly into your eye.

Therefore the Moon will appear red or orange to you.

The Moon can only really appear to have turned pink during a total lunar eclipses, which is often referred to as a a Blood Moon.

What is a Super Moon?

Full Moons occur when when the Moon is on the opposite side of Earth to the Sun.

This results in the lunar surface being fully illuminated.

A Super Moon happens when a full Moon reaches the perigee, which is the point in the orbit of the Moon  when it's closest to the Earth.

The opposite of the perigee is the apogee and when the Moon reaches this point it will look much smaller than usual.

During a Super Moon our closest neighbour appears appears 14% bigger and 30% brighter than usual.

A Blue Moon refers to the occasion when a full moon appears for the second time in the same month, this is very rare and the next Blue Moon should occur on Halloween in 2020.

A Supermoon appears when it is at its closest point to Earth and therefore at its brightest, the next one will appear in September.

A Blood Moon occurs during a total lunar eclipse, the next one should happen in May 2020.

In other space news, Nasa has revealed some of its plans for colonising the Moon.

If you've ever wanted to see a shooting star you stand a good chance this month.

And, the Hubble Space Telescope has revealed new data about what may be the most powerful cosmic storm in the universe.

Would you like to live on the Moon one day? Let us know in the comments…