The cavernous room, inside Windsor Palace, hosts a number of visual delights for royal fans to analyse and discuss. The walls feature white panelling from the floor, carpeted in red, to the high ceiling. Behind Her Majesty on the back wall is a very large, ornate gold oval mirror.

Underneath it is a mantle piece on which sit two candelabras, what seem to be two stag ornaments and a number of candles.

To the left of this is a huge cabinet with glass doors, with many plates inside.

A huge variety of chairs sit around the room. On the left side of the picture is a large green chest, and a desk, both of which are covered to framed photographs.

Above the desk is an enormous painting, which some have joked is actually a massive plasma screen television.

Being the Queen is a large bouquet of green and white foliage. 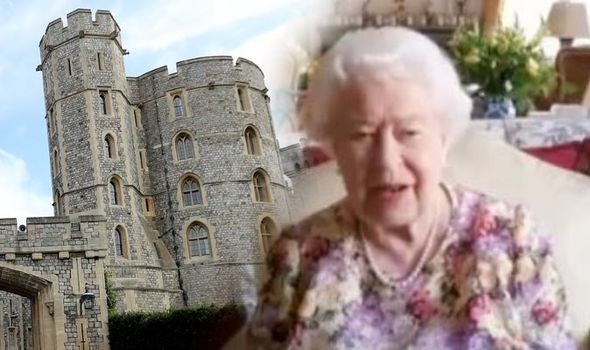 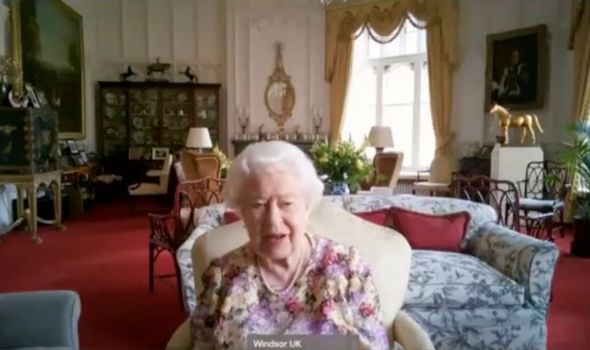 To the right side of the image is a large golden horse statue on a white plinth. There is also a large palm in a brown pot on the floor.

Commenting on the Queen’s white and blue sofa, one said: “All that money and she went for the same sofa everyone’s nan had in 1992.”

On the large painting and suspected television, one joked: “She’s got the same TV as me, which has a screensaver that shows works of art.

“Biggest plasma I have ever seen on the wall there.”

Another commented on the size of the room, saying: “You’d spend most of the hour getting from one end to the other.”

“Anybody else want to know what’s in that green chest on the right?” another curious Twitter asked. 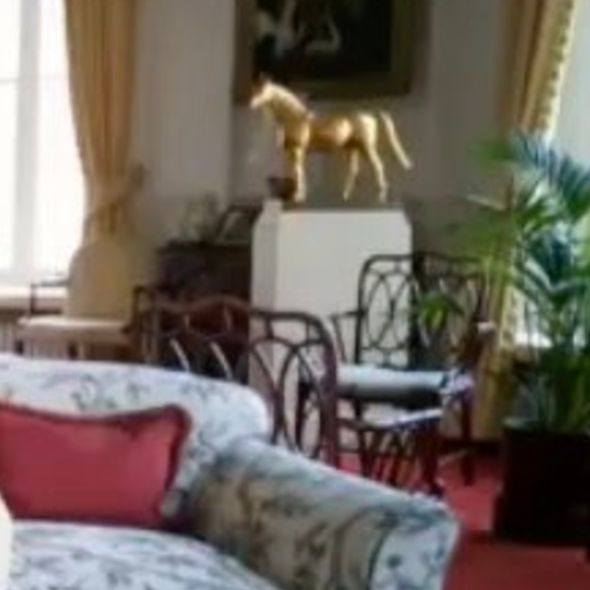 One said: “I’m fascinated with the amount of chairs and places to sit in that Palace. 11 sits as far I can see.”

“Isn’t that the set from The Crown?” another said.

The Zoom call the image came from is in the documentary tonight, and shows a sweet moment between Princess Anne and the Queen.

This clip provides the public with an incredibly rare intimate moment between the Queen and Anne, a body language expert has claimed. 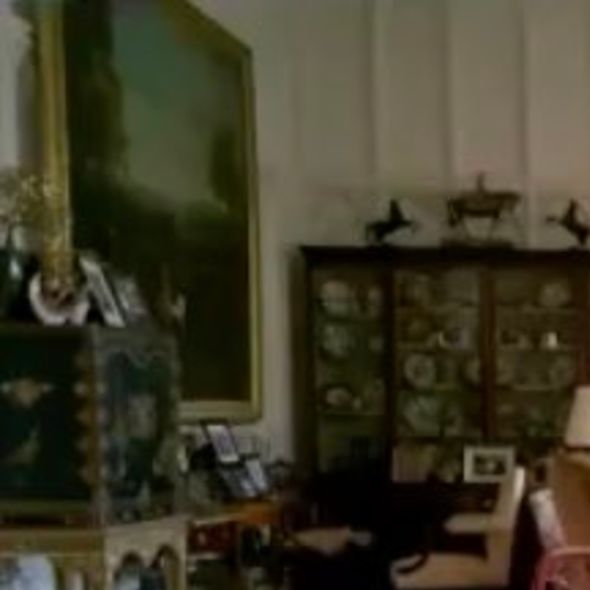 She said: “This video is probably only the second glimpse into the very warm and funny relationship between the Queen and her daughter.”

The first time, she suggests, was during US President Donald Trump’s controversial visit to the UK.

“We saw the royal banter between them during Trump’s visit, when Anne yelled across to her mother ‘It’s only me left ma’am’ when the Queen was asking who was next in the queue for her to greet,” Judi said.