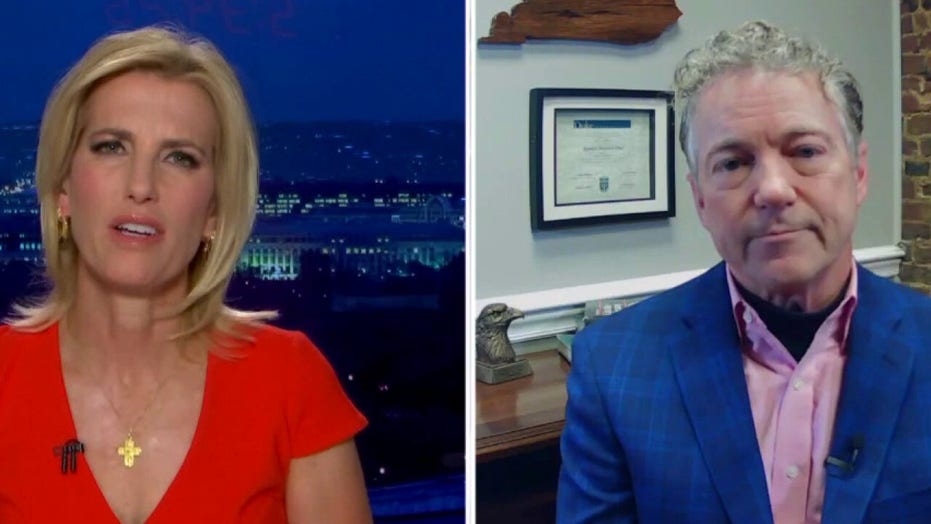 Kentucky senator sounds off on Biden adviser’s changing and imposing rhetoric, on ‘The Ingraham Angle’

The most obvious example of this, Paul added, is Fauci’s statement in the early months of the pandemic that Americans should not wear masks because they would do nothing to stop the spread of the virus.

“Later on, he said all masks do work,” the senator stated, “but that is a lie also because really only the N95 masks work. It is a compilation of lies, but they’re all done to protect you because he doesn’t think you are smart enough to make any of these decisions on your own.”

While discussing the effectiveness of lockdowns and other coronavirus restrictions, Paul said he hoped the issue would be studied “in an objective way.”

“You can sequentially look at the date when each mandate was passed and when it got ratcheted up. You can look at the incidence of the disease, and what you find is they were proportional, meaning the more mandates we got, the more disease we got.

“The mandates did not cause the disease but there is no evidence the mandate slowed down the disease at all,” said Paul.