Sen. Rand Paul, R-Ky., on the White House meeting with Democrats to discuss the infrastructure package.

Sen. Rand Paul, R-Ky., blasted Democrats’ “lies” about the Infrastructure package, claiming they will “squeeze” as much money as possible from “ordinary people.”

The other lie is that this won’t affect anyone over $400,000. If you look at the sifting through our bank accounts and either at $600 level or even a higher dollar level when the IRS goes through all of their bank accounts; All that comes in, all that comes out. 75% of that money is on people making less than $100,000 per year. 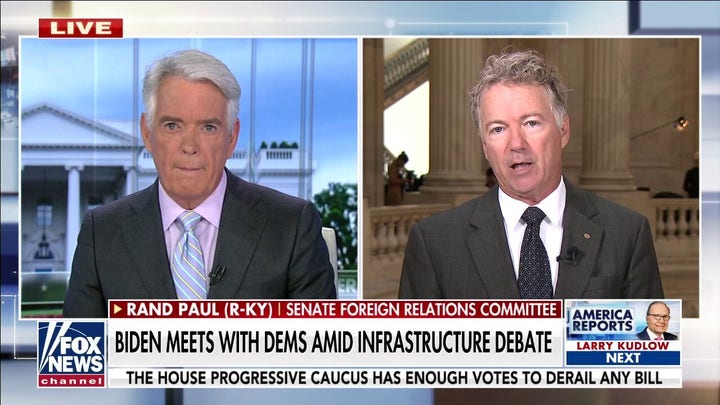