In fact, it was quite the opposite.

Bruce Castor declared that impeachment was the wrong remedy for the ex-president, who is accused of incitement of insurrection.

“After he’s out of office, you go and arrest him,” Castor suggested hypothetically.

Castor was attempting to argue that a president can’t be impeached after leaving office, that the proper legal remedy was via the criminal justice system.

“So there is no opportunity where the president of the United States can run rampant in January in the end of his term and just go away scot-free,” Castor said. “The Department of Justice does know what to do with such people.”

Just check out the look on Maddow’s face after she played the clip, which she argued sounded like an invitation to arrest Trump: 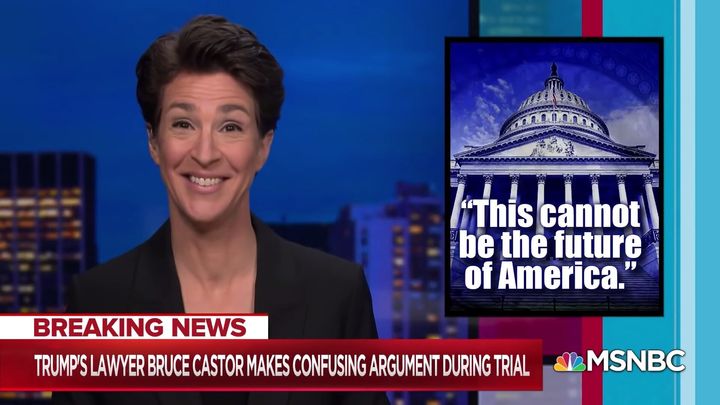 “Sorry, you’re the president’s defense counsel, did you say?” Maddow said in disbelief, then summed up his argument: “Go arrest him for what he did in January. He could be arrested, maybe he should. Shouldn’t go away scot-free, the Department of Justice knows what to do with such people.”

Maddow also noted that reports indicate Trump was worried about exactly what Castor hinted at. CNN reported that he’d even been asking associates about his potential exposure to possible criminal prosecution once the impeachment proceedings were over.

“How did that land today in Mar-A-Lago, you think?” she wondered aloud.

Reportedly, not well: The New York Times stated late Tuesday that Trump was angry, frustrated and irate after watching his attorneys’ performance.