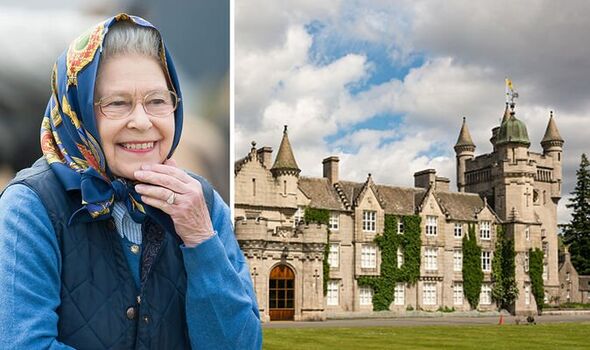 The Queen is currently enjoying her summer break in Scotland, and Balmoral Castle has always been somewhat of a sanctuary for the royals. It is a place Princess Eugenie described as “the most beautiful place in the world” and said it was where her “Granny is most happy”. Free from public duties, the monarch and her family are said to be able to “act as normal people – to a point”. Here’s what it looks like inside.

Balmoral Castle has been one of the royal residences since Prince Albert bought it for Queen Victoria in the 19th century.

Unlike other royal properties including Buckingham Palace, Balmoral is the residence of the royals and not the crown.

Based in Aberdeenshire, Scotland, the castle has had intensive refurbishments after it was initially bought because the original house was deemed to be too small.

It covers around 50,000 acres and is a working estate with grouse moors, forestry and farmland. 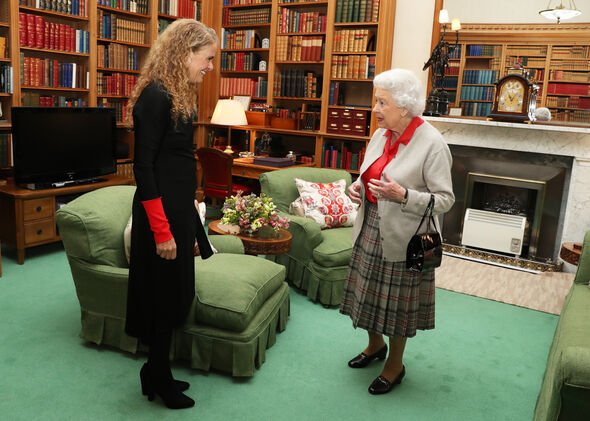 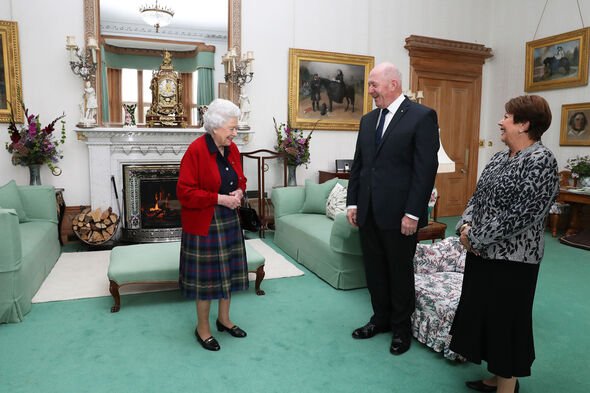 There have been few occasions when royal photographers were allowed inside, one of which was in 2017 when the Queen met with Canadian Governor General Designate Julie Payette.

Photographs were taken of their private audience in one of the large drawing rooms that featured light green carpet and a matching green three-piece furniture set which had several red and white patterned cushions scattered on them.

Along half of the walls in that room were tall wooden bookshelves, neatly laden with old books.

There was also a matching desk and TV stand, a large fire place with a clock and mirror above it.

In 2017, when General Sir Peter Cosgrove, the Governor-General of Australia and Lady Cosgrove met the Queen at the castle, the photos from their meeting showed another room.

This room had mint green carpet, and again, matching furniture. There was another armchair which was covered in a white, mint green and red fauna fabric to add some contrast.

In front of the fireplace was a plush cream carpet, and on either side were two side tables with large matching vases of flowers placed on top.

Similarly to the other drawing room, there was a large mirror above the fireplace and a clock, but there were also two large candelabras on each end of the mantle.

The walls had been covered in delicate white and cream wallpaper and had several large photographs hanging on them in ornate gold frames.

In a more recent picture, the Queen and Prince Philip were seen sitting together with most of their great-grandchildren. 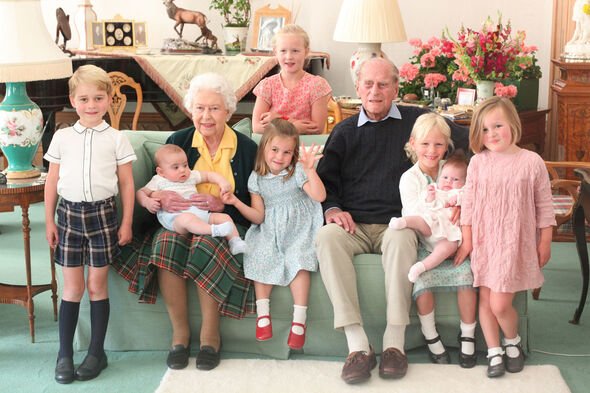 The photograph, taken by Kate Middleton, shows the couple and children in the same mint green room, but from another angle.

With so many rooms decorated in different shades of green, verywellmind.com discussed colour psychology.

“For many people, the colour green has strong associations with nature… it is often described as a refreshing and tranquil colour,” the colour experts said.

Green stands for balance, nature, spring, and rebirth. It’s the symbol of prosperity, freshness, and progress

“Green is also thought to relieve stress and help heal.”

It is no surprise then that the Queen finds Balmoral the perfect place to recuperate for a few months.

As for what Her Majesty does during her summer holiday in Balmoral, “walks, picnics, dogs—a lot of dogs, there’s always dogs—and people coming in and out all the time,” Eugenie once said.

“It’s a lovely base for Granny and Grandpa, for us to come and see them up there, where you just have room to breathe and run.”

Lord Lichfield, a former photographer for the family, said in 1972 that “lunch is always outdoors and they are outside every day going on expeditions”.

The Queen is known to explore the grounds on horseback, or in one of the family’s Range Rovers.

Before he died, Prince Philip liked to spend time barbequing, and after dinner, the Queen does the dishes sometimes.

“You think I’m joking, but I’m not,” Blair once revealed. “They put the gloves on and stick their hands in the sink. The Queen asks if you’ve finished, she stacks the plates up and goes off to the sink.”