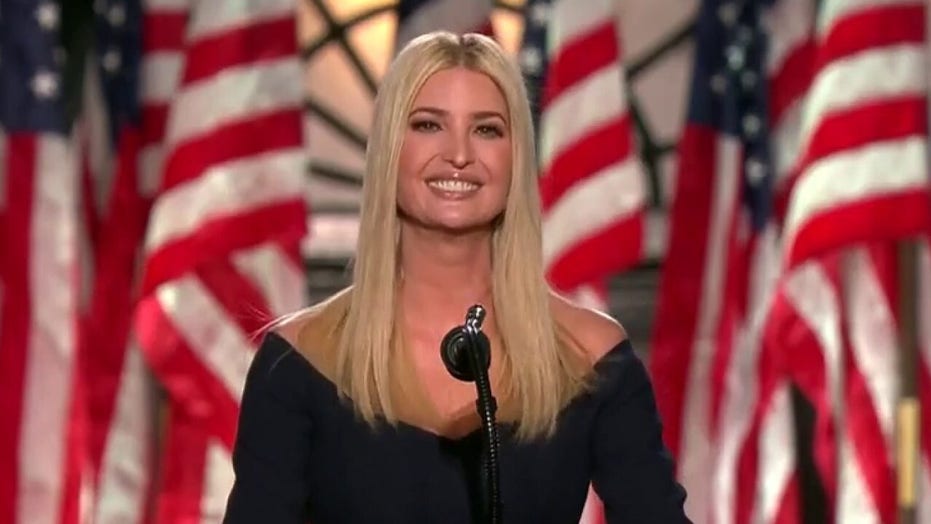 Ivanka Trump: Donald Trump rejects the cynical notion that this nation’s greatest days are behind us

Hundreds of protesters gathered outside of the White House Thursday evening as President Trump prepared to give his acceptance speech at the Republican National Convention from the South Lawn.

Fencing was set up along the perimeter of the White House to keep protesters away, but shouts could be heard from the South Lawn.

Protesters shouted “No justice, no peace” and “Join us,” while holding anti-Trump and Black Lives Matter signs, beating drums and playing music.

The demonstration was complete with a band, what appeared to be a “party” school bus and a character dressed as the infamous Baby Trump holding a cell phone. Images showed attendees taking pictures of a guillotine with an effigy of Trump.

Once Trump's speech was over, the unrest seemed to intensify. Videos emerged on social media that appeared to show city police clashing with protesters who called them names like "pig." There were unconfirmed reports of arrests.

Video posted by the Daily Caller reportedly showed protesters hurling expletives at those leaving the event on the South Lawn. Police officers appeared to provide security for the guests.

"Go to hell," one person could be heard shouting. 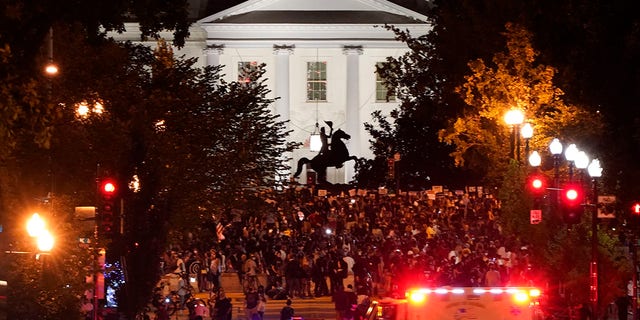 The party has three stages and five DJs for the “Drown Out Trump Live GoGo Show and Noise Demo” planned to coincide with Trump’s speech, FOX 5 reported.

Protesters also reportedly planned a yoga session, vigil for Black lives killed by police and a “paint and protest.”

There were small outbreaks in tensions between anti-Trump protesters and those supporting the president, but the demonstrations have remained largely peaceful, The Washington Post reported.