It was the last Friday of May and three weeks to go until a shareholder vote that would determine the future of energy giant AGL, Australia’s biggest carbon emitter. Time to crunch the numbers.

For billionaire climate activist Mike Cannon-Brookes and his staff at Project Greenlight – a team set up in secret in early April to foil AGL’s planned demerger – there was good reason already to feel confident. 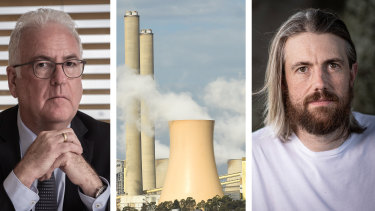 Thousands of phone calls made over the past fortnight by proxy-vote solicitation firms Orient Capital on behalf of Project Greenlight, and Morrow Sodali, working for AGL, were suggesting a 2:1 split.

There was a rump of “undecideds”, “don’t-knows” or “haven’t-even-considered-its”. But for every one shareholder set to support the board’s controversial plan to break up AGL’s retail arm from its coal-fired power stations, there were two who would vote “no”.

Since AGL’s board rejected an $8 billion bid from Cannon-Brookes and Canadian giant Brookfield to buy the company and accelerate its exit from coal, the Atlassian co-founder had spent millions launching one of the biggest, slickest and most sophisticated campaigns in Australian corporate history, “Keep it Together Australia”.

His message was simple: demerging AGL would destroy shareholder value and leave the company as two smaller entities, less able to bankroll the big investments needed to bring forward the closures of its coal-fired power stations that are currently not due to retire until 2045.

The stakes were high. But with top-tier law firm Allens and Jarden advisers, Cath McCormack and Aidan Allen, it was a campaign executed with war-like precision. Cannon-Brookes was leaving little to chance. 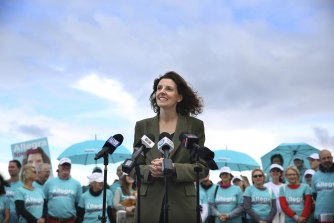 Allegra Spender in Wentworth in NSW is one of at least 15 crossbenchers in parliament after a wave of teal independents and Greens candidates ran community campaigns to win their electorates.Credit:James Alcock

Then the federal election happened. Along with unprecedented support for the Greens, Scott Morrison’s Liberal Party was ousted from inner-city strongholds in Sydney and Melbourne by independents, mostly women, who had campaigned on a platform of more action on climate change.

Cannon-Brookes and his team studied the list of seats where climate had clearly been key – such as Kooyong, North Sydney, Wentworth, Warringah, Brisbane – and wondered whether they would be overrepresented in terms of AGL shareholders.

Sure enough, cross-checking postcodes on the share register against the seats that had turned ‘teal’ or Green soon revealed they were home to an extraordinary 8.5 per cent of shareholders. If they were counted as one single group, they would represent AGL’s second-largest investor.

“This was an election won and lost on climate,” Cannon-Brookes declared. “The AGL board should pay attention to its shareholders and the mood of the country.”

Typically, in corporate Australia, shareholders cast their votes towards the end of the voting period. Because Project Greenlight could not contact all 148,000 of AGL’s shareholders, its next move, was to focus its proxy-vote solicitation efforts on shareholders in those electorates.

The numbers were always going to be tight. For the demerger to pass, the board needed 75 per cent support of voting shareholders. Cannon-Brookes’ private investment company Grok Ventures had amassed an 11.3 per cent interest in AGL, and would use that stake to vote against, meaning he only needed to convince – at most – a further 14 per cent of the register.

But not all shareholders vote. In fact, analysis of voting patterns suggests only 50 per cent of those eligible cast their votes at shareholder meetings. And AGL has a comparatively large proportion of “mum-and-dad” retail investors, who may be even less inclined to participate.

If only half of AGL’s shareholders voted, Cannon-Brookes’ effective vote would have doubled to almost 23 per cent.

Industry super fund HESTA, which held 0.4 per cent of AGL, had already signalled it would vote against the demerger, saying it was “unconvinced” the plan would accelerate decarbonisation to meet the goals of the Paris climate agreement to limit global temperature rises to 1.5 degrees. It also said it was concerned about the risk of coal power stations becoming “stranded assets”, and believed the board had failed to adequately outline how it would support communities affected by the eventual closures of those plants.

“We cannot simply divest away from the risk of Australia being slow to transition to a low-carbon future,” HESTA chief executive Debby Blakey said.

By Friday, the last domino had fallen.

UK-based investment firm Martin Currie, which holds 3 per cent of AGL’s stock, informed the board that it would be voting against it, too.

“We are supportive of the company staying as a whole because we think it will be the best thing in the long run,” Martin Currie Australia chief investment officer Reece Birtles said. “It will be a stronger company in 10 years’ time being a combined business.”

There were talks among AGL’s board members on Saturday morning which continued throughout the weekend.

By Sunday, AGL’s demerger was dead in the water.

AGL’s team of advisers had been studying the same figures as Cannon-Brookes. The board was also concerned that much of its retail shareholder cohort may not vote at the meeting, therefore increasing the relative voting power of Cannon-Brookes’ interest.

“It’s going to be very difficult [to secure enough votes for the demerger to pass],” said a source familiar with the AGL board’s deliberations.

The board, on Monday, went from campaign mode to crisis mode. In a statement, it said it was scrapping the demerger, and announced the resignations of managing director Graeme Hunt, chairman Peter Botten and independent directors Diane Smith-Gander and Jacqueline Hey. Two remaining directors are set to conduct a strategic review into the future of the 180-year-old company.

“Huge day for Australia … had to sit down and take it in,” Cannon-Brookes, who will seek two nominees to the board of directors, posted on Twitter. “Lots of work, but we CAN do this.”