If Democratic presidential nominee Joe Biden wins the race for the White House, will either Sens. Bernie Sanders or Elizabeth Warren be trading the title of senator for secretary?

One or both of the two progressive champions – who battled the former vice president in the Democratic primaries but became supporters and surrogates for Biden in the general election – could end up in Biden’s cabinet if he defeats President Trump in next week’s election.

Two sources close to Sanders’ orbit confirm to Fox News that the populist senator from Vermont does have interest in serving as Department of Labor secretary in a potential Biden cabinet. 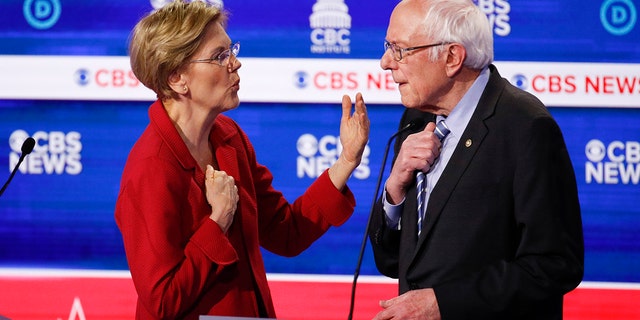 At the same time, there’s a push in recent days by progressive groups for Warren – who’s long taken aim at Wall Street and the big banks – to be named as Treasury Department secretary in a Biden administration.

“I think both would make great secretaries,” said Jeff Hauser, executive director of Revolving Door Project, a progressive group that scrutinizes executive branch appointees to ensure they use their office to serve the public interest.

But Hauser also noted that Sanders and Warren “make tremendous voices in the Senate holding Biden to his commitments.”

While the former vice president remains focused on winning the election, his transition team’s following longstanding tradition in preparing to staff a new administration. But transition officials emphasized that they’re not making any decisions on personnel until after the election’s decided.

Following the combustible Democratic presidential primary battle, the party’s powerful left wing has kept the peace and has remained unified behind Biden’s bid to oust Trump from the White House. But a victory next week by Biden and running mate Sen. Kamala Harris would likely bring an end to the truce between the party’s progressives and moderates.

Progressive leaders say they’ve learned their lesson from 12 years ago – when they explain that a lack of emphasis by the left on the transition under President-elect Obama allowed people too closely aligned with corporate interests into key cabinet and other administration positions.

“I think progressives in 2008 were focused solely on the election and did not pay much attention to the transition and they reaped what they did not sow as a result,” Hauser recollected. “I think the situation’s a little different in 2020 in which you have the corporate interests engaged but also have progressive interests.”

And he highlighted that progressive groups won’t “cede the field to corporate lobbyists” this time around.

Neither Sanders nor Harris would comment on the speculation.

But a longtime progressive and labor organizer who advised Sanders during both of his presidential bids told Fox News “the great thing about Bernie Sanders is he knows who he is. He knows what he wants, the path to getting a much better life for most Americans – that’s the path Bernie wants to take.”

Kurt Ehrenberg, the adviser, noted that Sanders “sees that he needs to be relevant throughout this process and he has been a good soldier – so to speak – for the Biden campaign – not making any waves – and then start lobbying Biden from day one” after the election.

“If Bernie can be inside that cabinet room and inside the administration, all the better,” he emphasized.