FIRST ON FOX: Experts are warning that millions of dollars in public state consumer protection lawsuit settlement funds are being funneled into progressive campaigns.

Recently, a partnership between Montana Attorney General Austin Knudsen and one of the nation’s largest litigation firms, Motley Rice, was officially severed over its deep ties to the Democratic Party.

The contract, established under former Attorney General Tim Fox in 2017, was seen as a bad deal to the traditionally red state as leading lawyers in the firm donated over $2.5 million in support of Democratic candidates over the last two election cycles, according to Federal Election Commission (FEC) data.

"Attorney General Knudsen initiated a review of outside counsel contracts at the outset of his term to ensure Montana taxpayers are getting the best bang for their buck," Knudsen’s office said in a statement to Fox News. "We found that it was common practice for previous administrations to hand out millions to their liberal trial lawyer buddies, who then turn around and help fund left-wing political groups that Montanans oppose."

"We expect law firms we do business with to always work for the best interest of our state," the spokesman added.

Knudsen first informed the firm of his decision on May 14, but the executive director for the Alliance for Consumers, O.H. Skinner, argues the problem is deeply rooted in at least a dozen firms across the U.S. 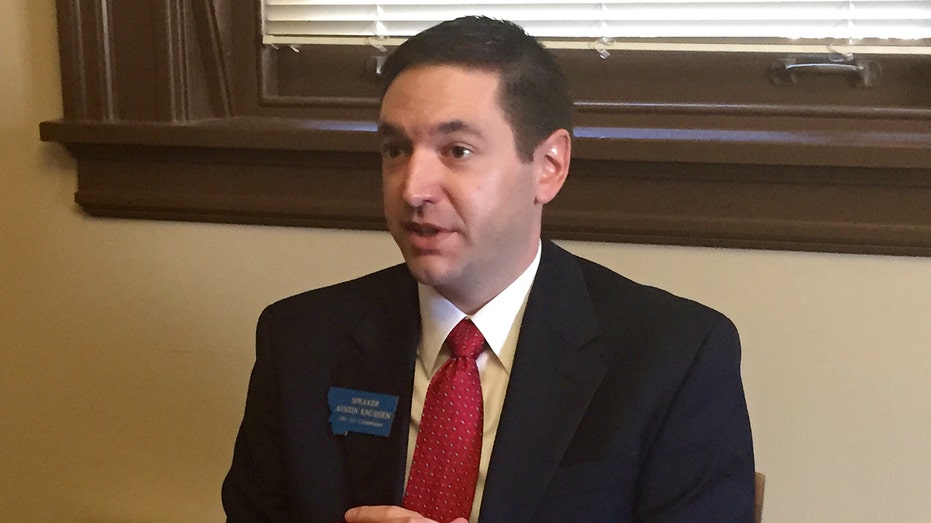 "A set of very political, very ideological law firms have turned consumer protection and public enforcement into a lotto machine," Skinner explained.  "When they do that, they then cycle the money back into politics and they've made it a very political game."

Skinner said top firms that have a history in taking up large-scale consumer protection cases tackling the opioid epidemic or against oil companies in climate-based suits use the profits to support Democratic campaigns.

"When they get profits out of a state contract, they then turn around and funnel that money into an aggressive level of political donations, almost all of which goes to liberal causes," Skinner said.  "It ends up going to liberal political campaigns, it goes to trial lawyer political action committees that give to groups run by … or affiliated with Chuck Schumer, Nancy Pelosi, Eric Holder, David Brock – it's what you would expect from very hyper-partisan political givers."

Top firms have developed a cyclical relationship in fighting key progressive issues across the country. Large sums of money in consumer protection cases are doled out to firms that then help finance political actors who align with their Democratic values, Skinner explained.

Motley Rice, along with other top litigation firms like Morgan & Morgan, Cohen Milstein, and Hagens Berman, have reportedly developed lucrative contracts with state attorneys general that lack basic protections for the consumers in question.

Motley Rice did not respond to Fox News' multiple requests for comment regarding the firm's donations to Democratic campaigns.

Skinner argued that two principles should guide public officials in taking up consumer protections cases: "What was the harm to consumers? And how can you get money back in the consumer's pocket?"

Skinner, who is the former Arizona solicitor general, pointed to a 2016 multibillion-dollar settlement issued by Volkswagen after the company violated the Clean Air Act by skirting federal emissions requirements.

"Most states settled for money that just went … to the states' outside counsel and the states' pockets," Skinner said.

Arizona on the other hand, cut checks close to $1,000 for each consumer who owned the vehicle in question at the time.

"We were able to get millions of dollars in the hands of Arizona consumers and it made no sense to me at all why other states didn't do that and why they just kept the money," he added.

Skinner argued that ultimately state attorneys general need to be made more aware of how contracts affect state residents and the values those residents stand for.

Pelosi's PAC did not respond to Fox News' request for comment about whether the PAC is aware that millions of dollars from public consumer settlements are being funneled into Democratic campaigns.