A federal judge denied a request to release the alleged Florida leader of the paramilitary group Oath Keepers pending trial, claiming that Kelly Meggs traveled to Washington along with his wife and eight other accused co-conspirators “prepared to do violence” when rioters stormed the Capitol.

U.S. District Judge Amit Mehta said Friday that there was ample evidence to support that Meggs planned, led, financed and recruited others to join the Jan. 6 show of force, culminating in the deadly breach.

“Mr. Meggs is in a different class,” Mehta said, indicating that the Oath Keeper leader posed a “danger” to the public if released. 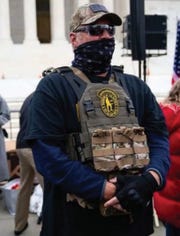 Kelly Meggs, according to the FBI, is the leader of the Oath Keepers in Florida, and was arrested and charged with participating in the Capitol rio. (Photo: U.S. Department of Justice)

Earlier in the day, Mehta ordered that Meggs’ wife, Connie Meggs, be released to home confinement, concluding that the evidence against her did not appear as damning as the conduct of her husband and other members of the group.

Prosecutors had claimed that both Connie and Kelly Meggs had participated in weapons training in Florida about four months before the attack, asserting that it was not a mere gun safety class but instruction on “how to go on the offensive.”

But Mehta was not convinced that Connie Meggs had been as deeply involved as her husband in coordinating the group’s actions.

“She’s not a recruiter, she’s not a leader as her husband appears to be,” the judge said. 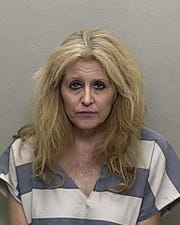 Prosecutors have claimed that Kelly Meggs played a key role in organizing the group’s breach of the Capitol and allegedly coordinated with two other extremist organizations prior to the Jan. 6 attack.

The government has alleged in court documents this week that Meggs discussed plans for the assault in Facebook messages with the Proud Boys and Three Percenters.

Members of all three groups have been charged in the assault on the Capitol, and the court documents represented the first time prosecutors had presented evidence of wider coordination among extremist groups.

Late Thursday, prosecutors also alleged that Kelly Meggs was part of a 97-second telephone call with Oath Keepers founder Stewart Rhodes, who has not been charged and is identified in court documents as “Person One.”

At the time of the call Meggs and other members of the group, moving in a military “stack” formation, were attempting to force their way through the double doors on the east side of the Capitol. 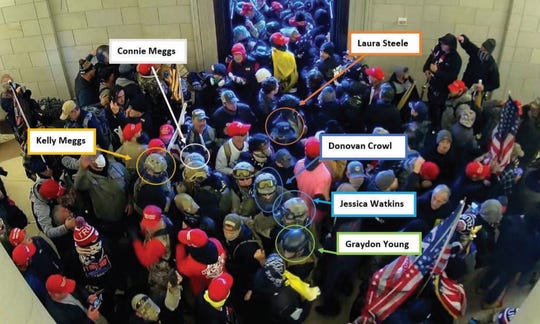 Members of the Oath Keepers crowded into the Capitol one Jan 6, 2021 (Photo: U.S. Department of Justice)

In his decision, Mehta also indicated that he was troubled by prosecutors’ claims that Kelly Meggs had disposed of potential evidence in the case, including a camouflage helmet and Oath Keepers T-shirt that the suspect is pictured wearing during the riot.

The judge also cited Kelly Meggs’ comments posted in a chatroom in which he claimed: “We are now the enemy of the state…We are not quitting. We are reloading.”

Rather than “humbled” by the Jan. 6 events, Mehta said Kelly Meggs was “inspired.”

“I don’t think any conditions of release are warranted,” the judge said.