Australian power retailer and energy producer Origin Energy has flagged a major increase to earnings on the back of booming natural gas prices.

In a statement to the ASX this morning, the company said it expects full-year underlying EBITDA (earnings before interest, tax depreciation and amortisation) from its energy markets business to be between $500 million and $650 million, up from $365 million last year. 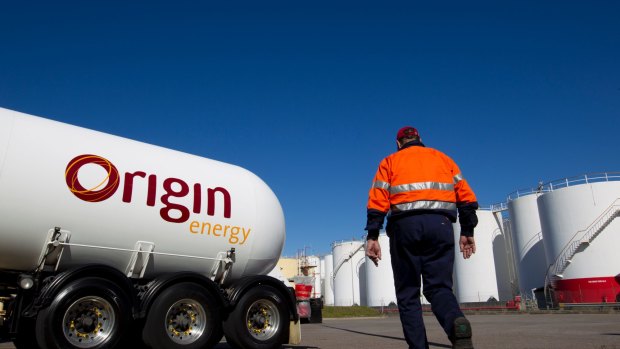 Origin Energy has flagged an upgrade to profits. Credit:Louie Douvis

At its full year results in August, Origin said it was unable to provide any profit targets yet for the year ahead because of the ongoing uncertainty in local and international energy markets.

“The improvement in Energy Markets underlying EBITDA compared to the prior year is driven by an expected increase in natural gas gross profit,” the company said in a release to the ASX this morning.

Origin said on Wednesday that its electricity gross profit is expected to remain suppressed because higher energy input costs are only partially priced into regulated tariffs.

Coal supply problems curbing output at its 2880-megawatt Eraring generator in NSW, forcing it to source expensive coal from other suppliers and buy more power from the grid to meet customer needs.

Origin said it has contracted 4.4 million tonnes of coal of a targeted 5 to 6 million tonnes, and expects to reach this target by the end of the 2022 calendar year.

“Contracted coal reflects both legacy priced contracts and contracts priced at market forward prices at the time of contracting. Coal rail deliveries and mine performance have significantly improved over recent months, however there remains a risk of coal under-delivery,” it said.