Portland restaurant owner warns the city ‘is not safe’

Kristen Murray, owner of Maurice, says she wrote a letter to city officials because she loves Portland and believes the city can overcome the rise in crime.

One business owner in Portland is demanding answers from city leaders as the growing crime rate continues to plague residents. Kristen Murray, owner of the restaurant Maurice, warned that the city is not safe in its current state.

Murray said on “Fox & Friends” that her restaurant only offers outdoor seating due to the pandemic, which has led to additional issues. She said people with mental illnesses often wander outside her restaurant, occasionally talking to themselves and gesturing in the air.

“I know lots of friends where we all don’t want to give up on Portland, but the city has to make dramatic changes,” she said.

Murray wrote a letter to city officials demanding support after someone on the street charged at her customers. She ushered her patrons to safety inside her restaurant and covered the cost of their meals, which she said she cannot afford to do.

“The city’s at a breaking point and it has been,” Murray told Fox News’ Ainsley Earhardt. 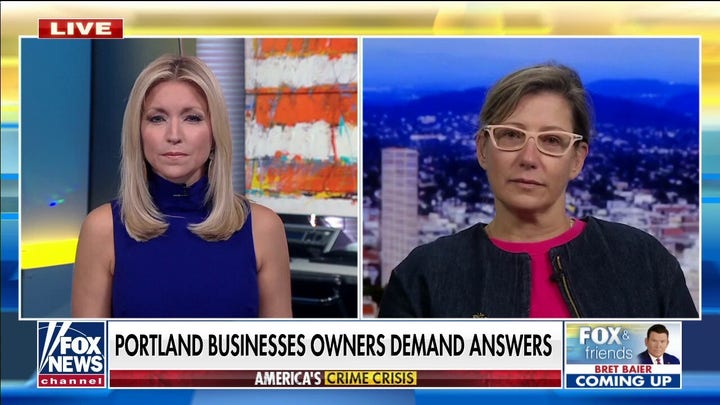 “But things have really crescendoed over the last couple of months, weeks, and I don’t want to close up shop.”

Portland city commissioners voted in June 2020 to defund the police budget by nearly $16 million. Police statistics show homicides nearly tripled in the following months. Police responded to 13 shootings in a 28-hour span over the weekend, which left one person dead and three others injured across the city amid a sharp uptick in violent crime.

The interview came after more reported rioting in the city this week, according to KOIN.

Murray said a police presence and local initiatives like Downtown Portland Clean & Safe have, in the past, helped mitigate the issues she faces at her restaurant. But cutting the police budget and the strain of the pandemic have limited their ability.

“The police have been very transparent that, given their current reality, street patrol is not a reality anytime soon.”

Murray, however, has not given up hope on her city.

“I love Portland, and I believe in Portland being able to come out of this,” she said. “It’s just wildly imbalanced right now, and it’s not safe.”