Alongside Thursday’s Porsche Taycan Cross Turismo EV launch, Porsche gave us two other electrified offerings: a pair of e-bikes that complement the car.

The first is the Porsche eBike Sport that’s intended for the road. A Shimano EP8 motor propels you up to speeds of about 16 mph. The second is the Porsche eBike Cross, meant for rougher terrain. It also uses a Shimano motor and has big, heat-resistant brake discs and ergonomically designed handlebars. 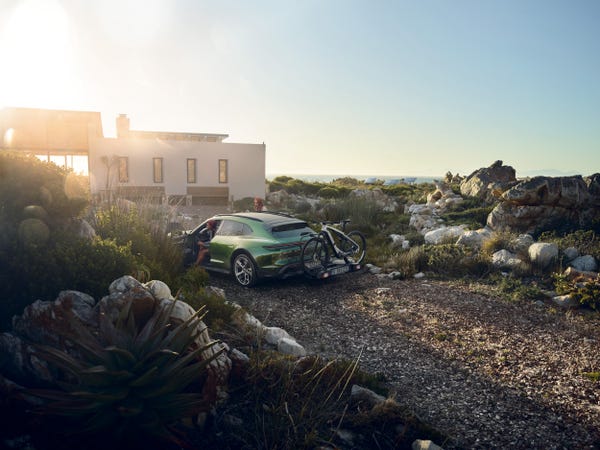 It developed a special carrier for the car that has a payload of 110 pounds. 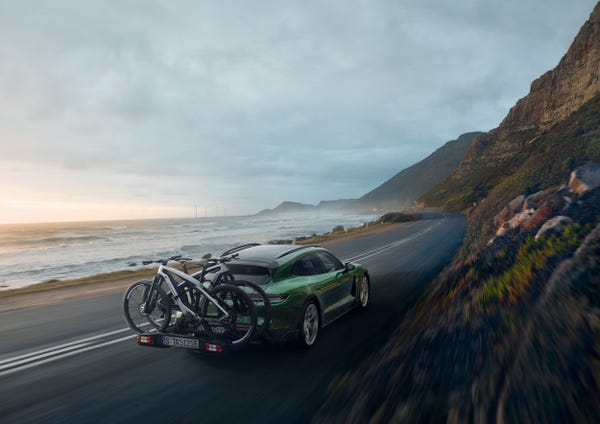 The carrier fits two e-bikes and you can still open the trunk with it installed. 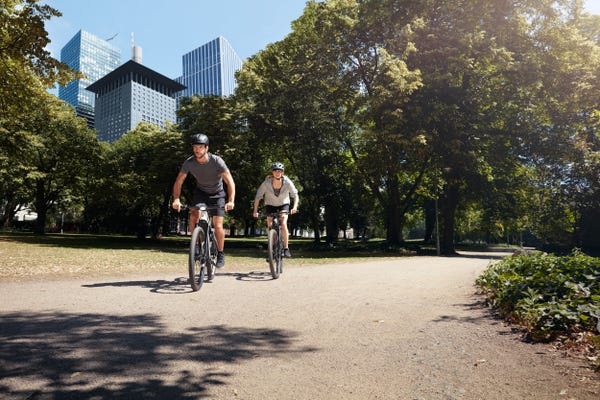 The first is the eBike Cross. 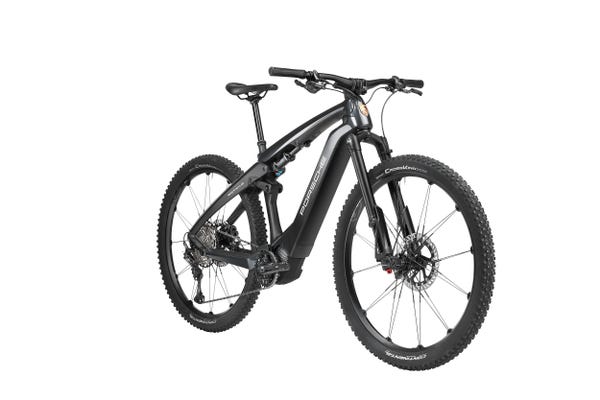 It's the one meant for the countryside and rougher terrain. 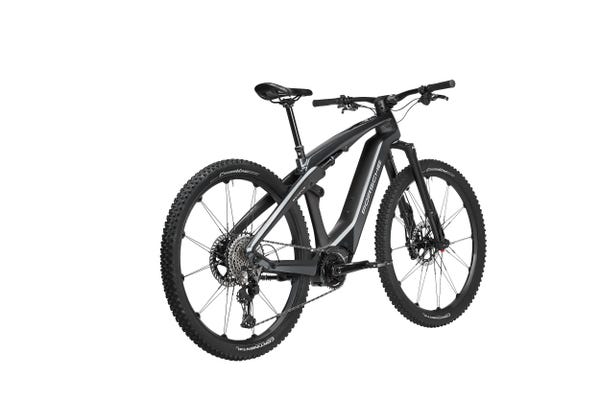 It uses a motor from Shimano. 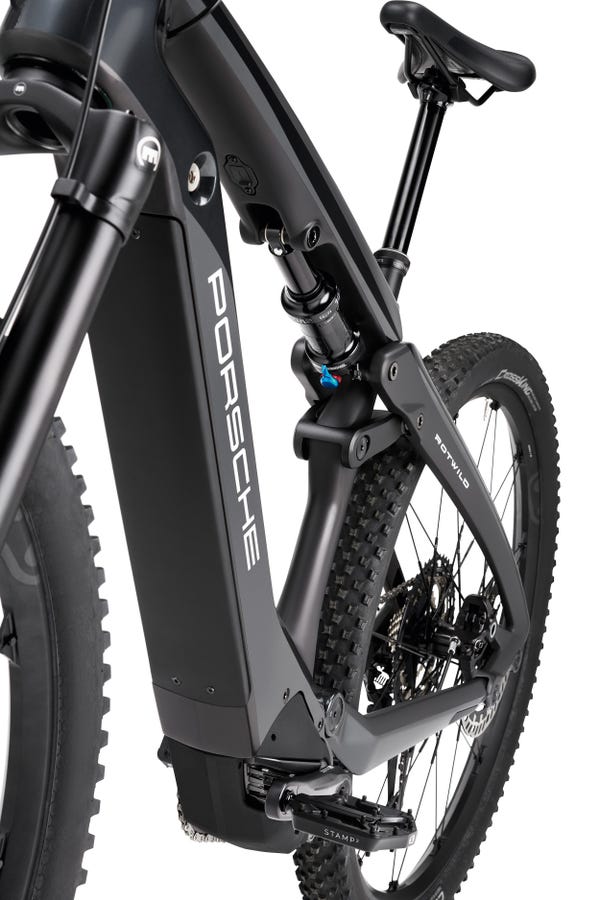 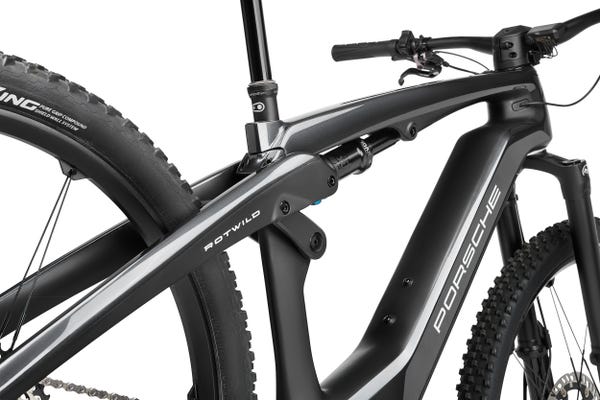 The eBike Cross has a full-suspension carbon frame. 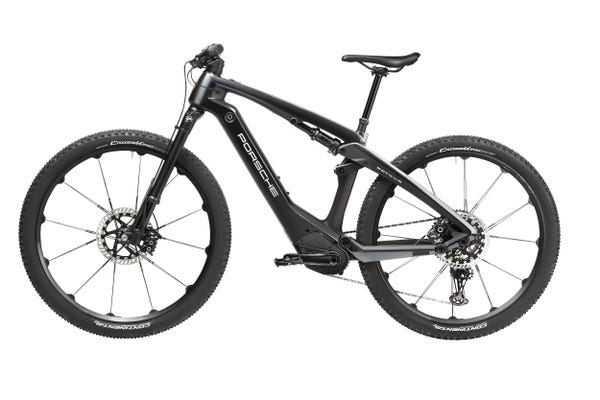 The handlebars were ergonomically designed. 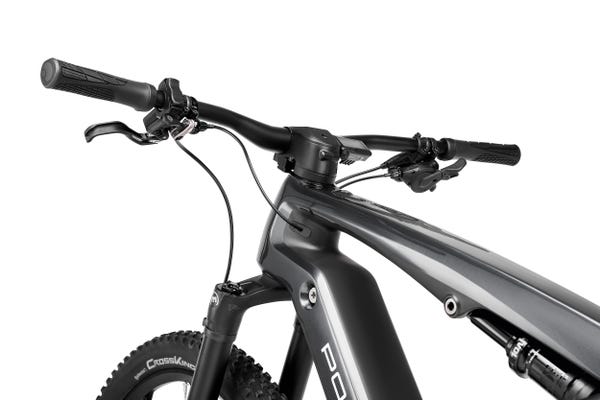 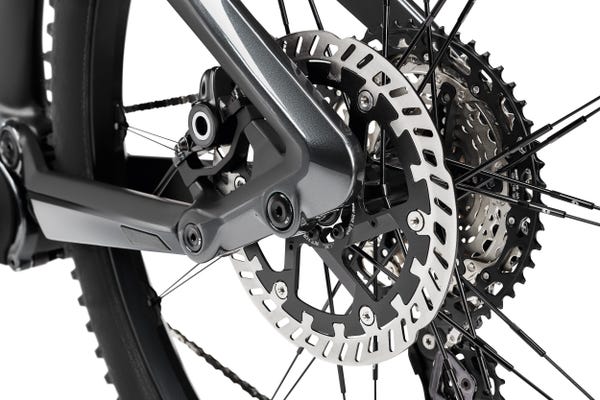 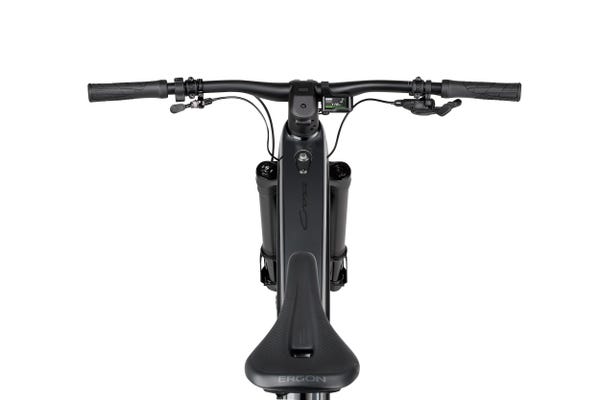 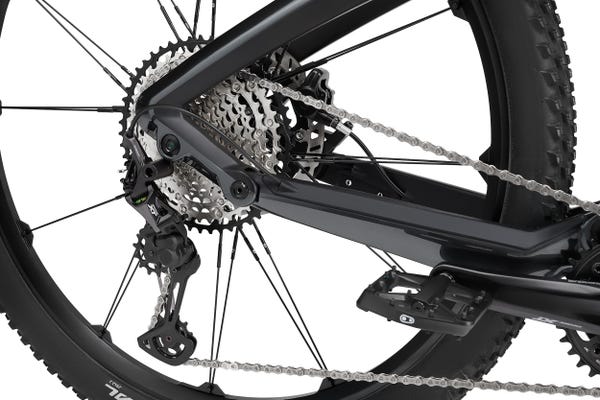 This is the power button. 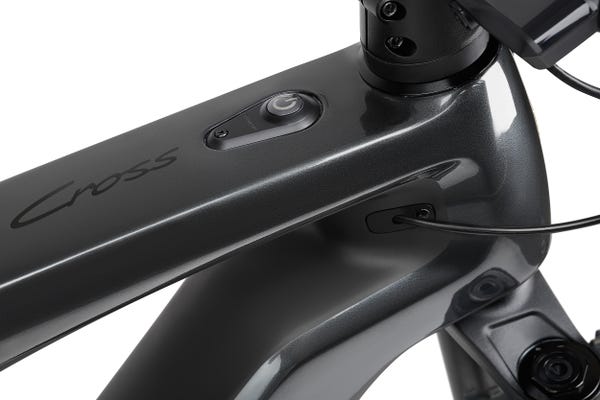 The second bike is the Porsche eBike Sport. 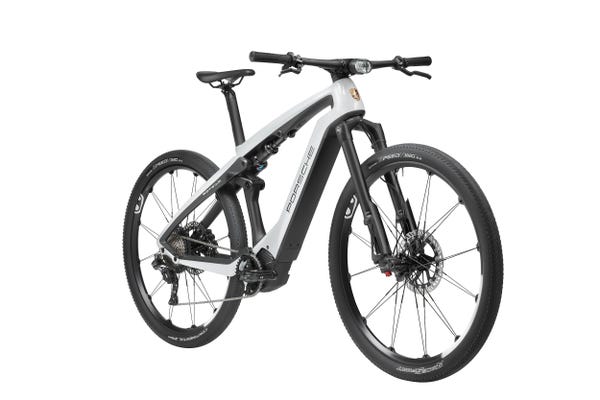 This is the one for roads. 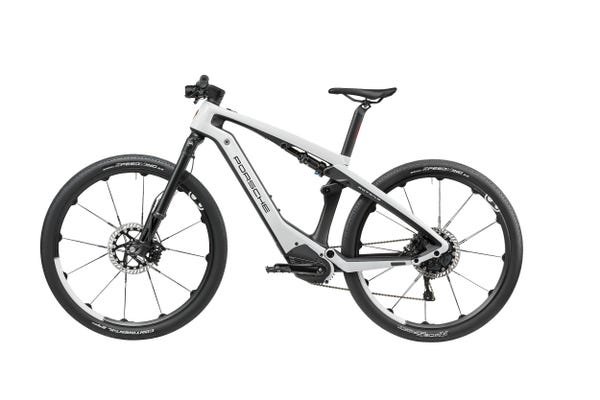 It, too, has Fox rear suspension. 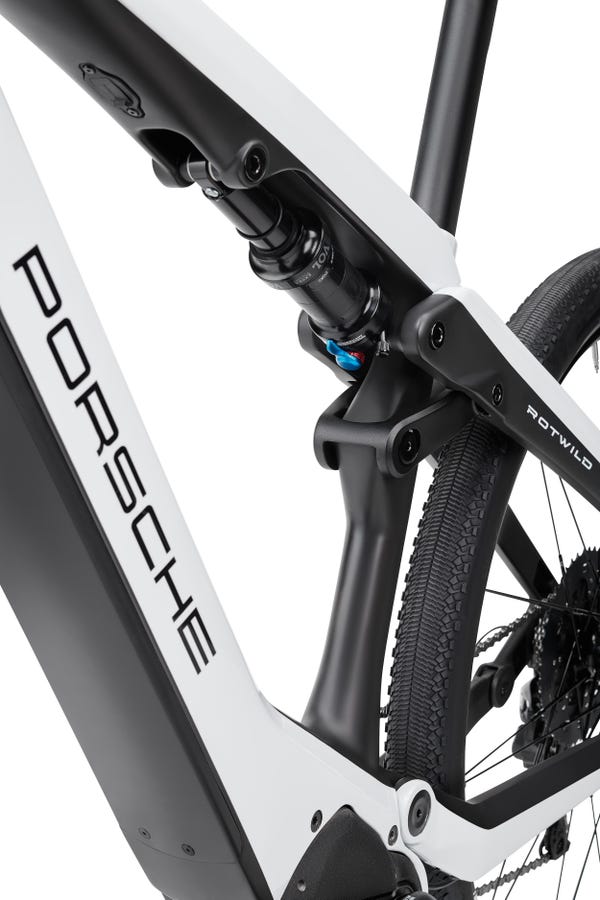 The front light is an M99 LED from Supernova, a lighting company. 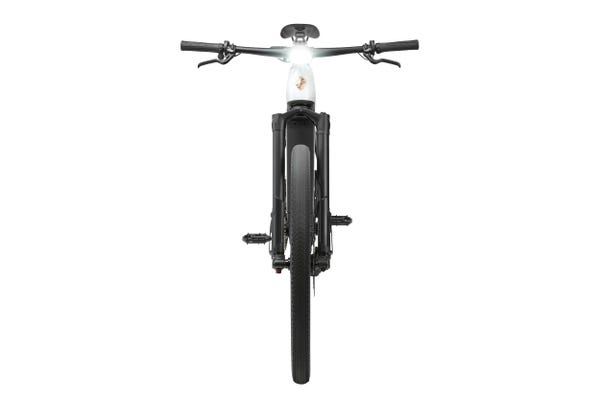 There's an integrated rear light, too. 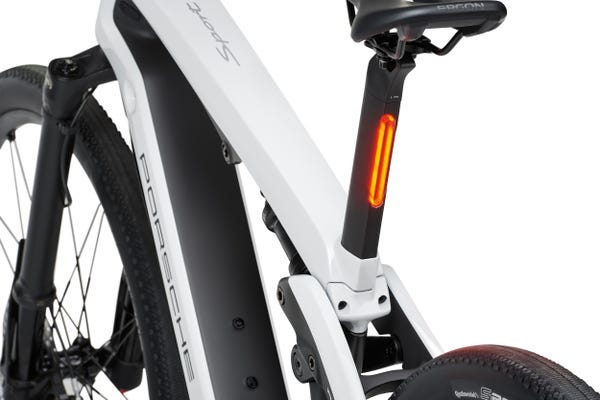 The Shimano EP8 motor can propel you up to speeds of about 16 mph. 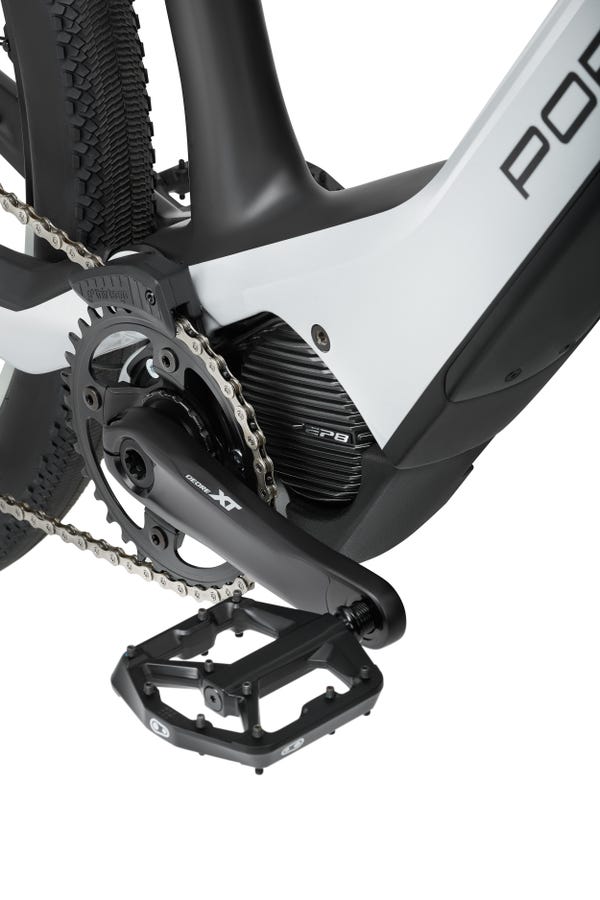 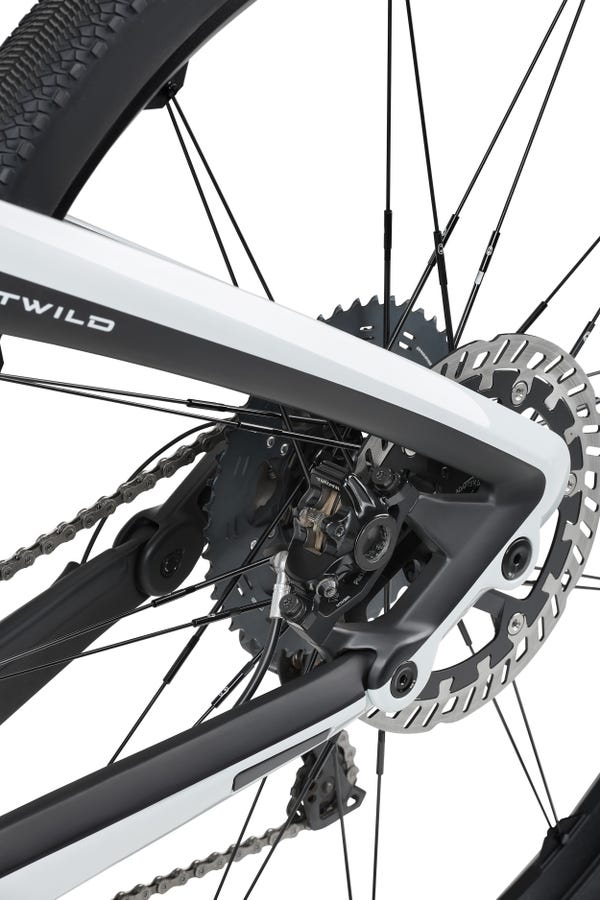 Both bikes were the result of a collaboration with Rotwild, an e-bike company. They are built in Germany. 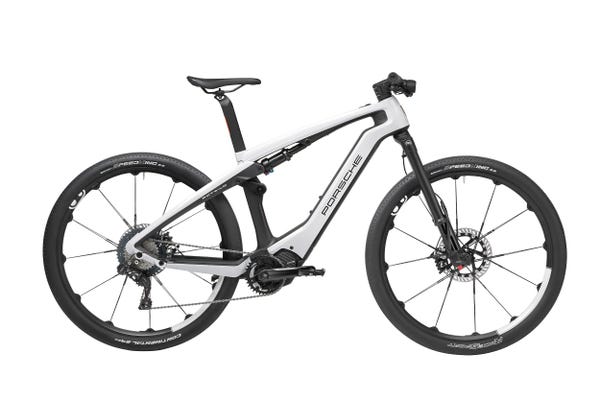 The bikes have a weight capacity of 264 pounds for passenger and baggage combined. 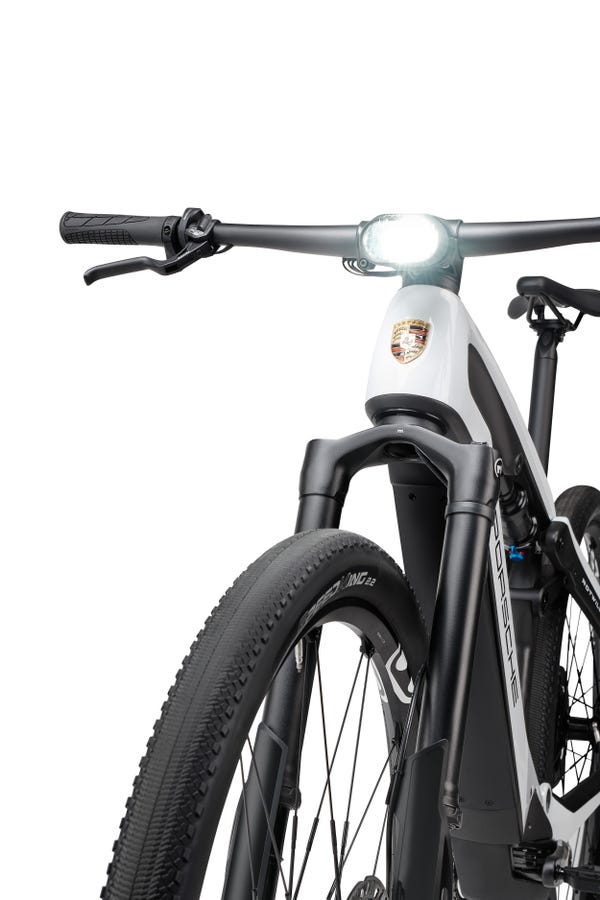 The carbon wheels were inspired by the Taycan's roofline. 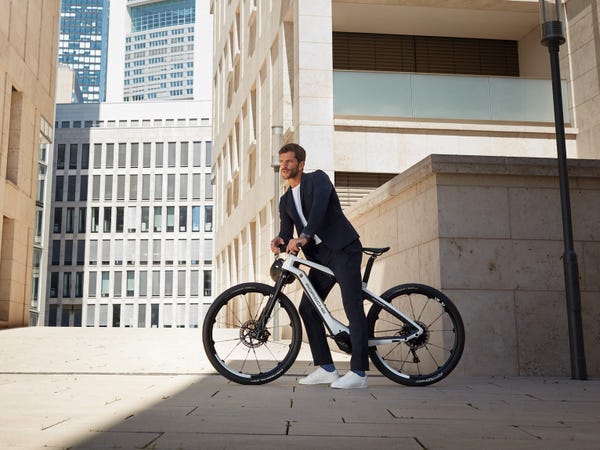 The bikes come in sizes Small, Medium, and Large. 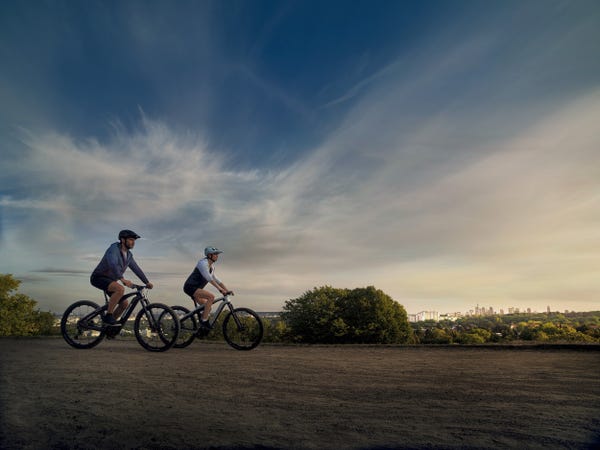 In Medium, the eBike Sport weighs 47 pounds and the eBike Cross weighs 48 pounds. 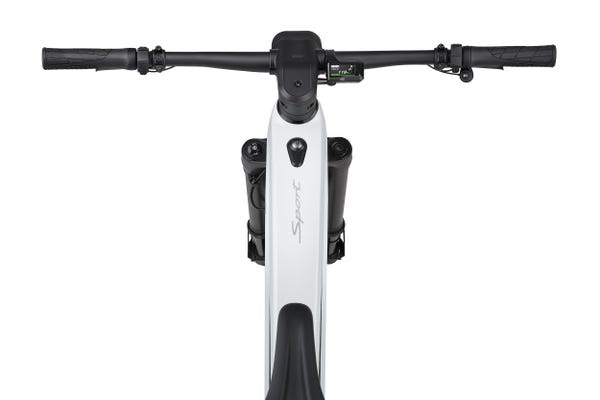 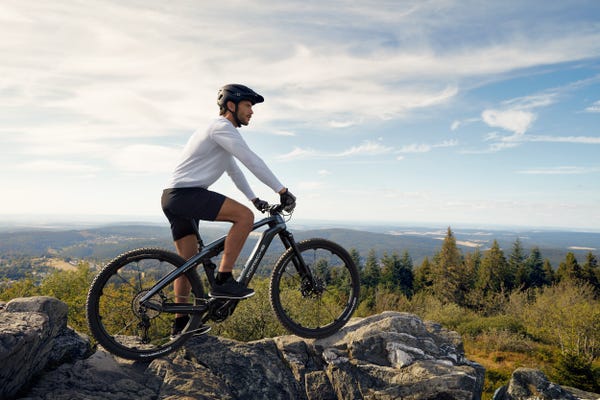