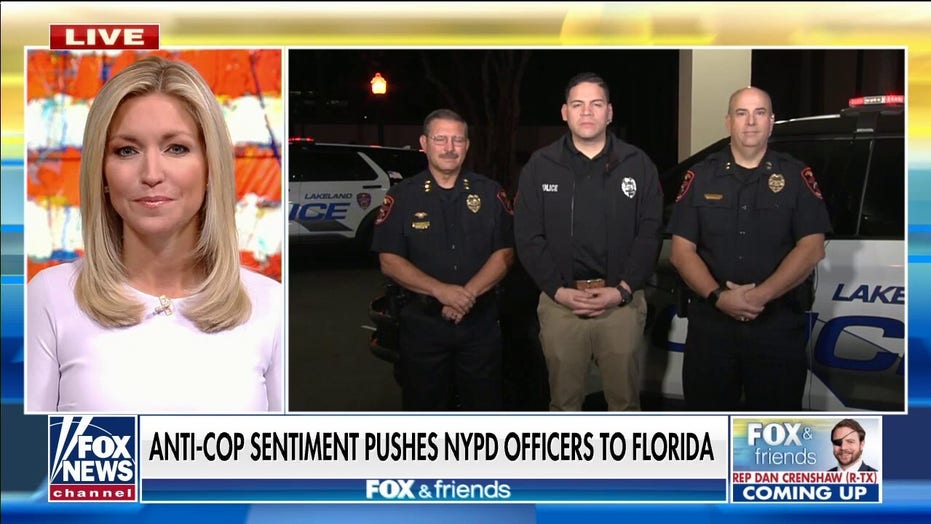 Officer Hector Lopez is one of 12 former New York Police Department officers who recently left the liberal state to start their careers in Lakeland, Florida. The growing anti-police sentiment in New York has driven away thousands of officers in recent years.

Lopez grew up in the Bronx and worked as an NYPD officer for six years. He decided to move to Florida with his fiancé and children because he saw more potential for his family to grow.

In addition to Florida’s lack of a state tax, Governor Ron DeSantis said on “Sunday Morning Futures” that he plans to give $5,000 bonuses to any out-of-state law enforcement officers that relocate to Florida.

“If you’re not being treated well, we’ll treat you better here,” DeSantis said. “You can fill important needs for us, and we’ll compensate you as a result.”

Lopez has not yet received his bonus, but Chief Ruben Garcia of the Lakeland, Florida, Police Department assured Fox News’ Ainsley Earhardt that all eligible officers will receive the money. 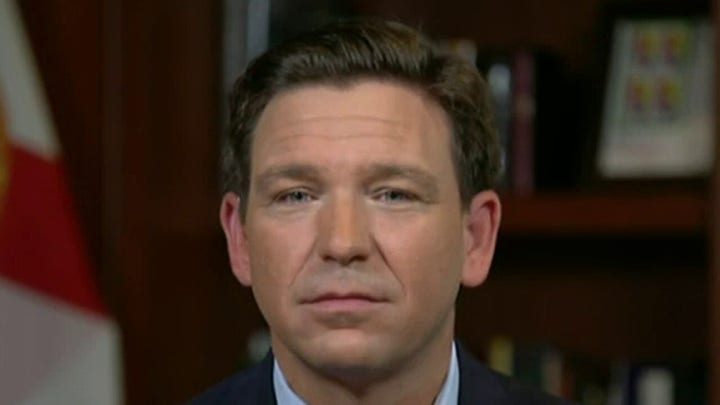 The Lakeland Police Department began taking recruiting trips in the spring to help fill positions amid a nationwide worker shortage.

The labor shortage is being made worse in liberal states where officers and first responders are resigning over vaccine requirements.

“Even if a small percentage of these folks end up losing their jobs or voluntarily walking away, you’re going to have huge disruptions in medical, in logistics, in law enforcement.”

“So in Florida our policy’s very clear. We’re going to have a special session and we’re going to say nobody should lose their job based off these injections.” 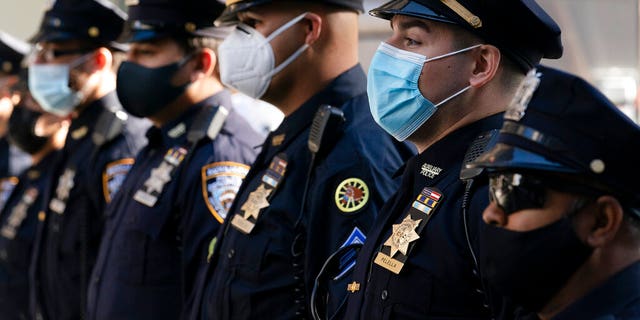 FILE – In this Oct. 5, 2020, file photo, New York Police Department officers in masks stand during a service at St. Patrick’s Cathedral in New York to honor 46 colleagues who have died due to COVID-19 related illness. New York City will require police officers, firefighters and other municipal workers to be vaccinated against COVID-19 or be placed on unpaid leave, Mayor Bill de Blasio said Wednesday, Oct. 20, 2021, giving an ultimatum to public employees who’ve refused and ensuring a fight with some of the unions representing them. (AP Photo/Mark Lennihan, File)

Florida law enforcement has already felt the impact of the labor shortage, and Chief Garcia said it was a driving factor in their decision to recruit officers from out-of-state.

“We had a shortage just like many of the other police departments across the nation,” Garcia said on “Fox & Friends.”

“This was a great opportunity for us to reach out to other officers we knew were looking for other opportunities and give them an opportunity down here in Florida. It’s a win-win for everyone.”