Playboy’s Brian Karem, who became known during the Trump administration for his aggressive style, claimed on Thursday that he has been booted from the White House Correspondents’ Association.

“This morning at 9 a.m. EST my latest column for Playboy posted – one in which I criticized the WHCA for a conflict of interest. At 10:32 a.m. I was informed by the WHCA that my request for membership this year has been declined,” Karem tweeted. “Guess I won’t go to the dinner this year!”

The White House Correspondents’ Association did not immediately respond to a request for comment.

Karem had criticized the WHCA on Thursday for restrictions put in place amid the coronavirus pandemic.

“The Biden people say they want to demonstrate they are taking the pandemic seriously. But these new restrictions—unnecessary and poorly planned—are reminiscent of the Trump era: They ignore the fact that reporters have done a damn good job of policing themselves. We aren’t getting sick, and we’re taking steps to make sure we don’t,” he wrote. “What hurdles must we overcome for the Biden administration to see that?” 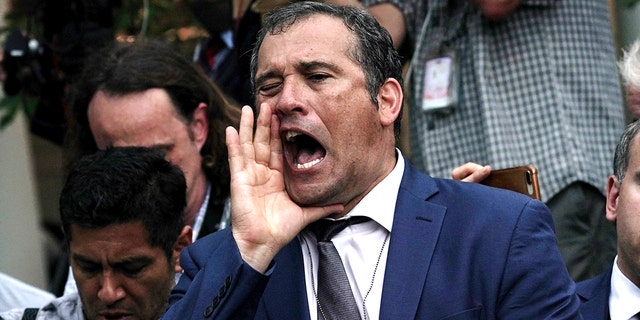 Karem isn’t a fan of a limit on the number of reporters being allowed in the briefing room and pointed out that WHCA president Zeke Miller has done “okay for himself” and is often called on during briefings.

“The Biden team put the WHCA in charge of determining which of their professional comrades can enter, based on a daily lottery,” Karem wrote. “Reporters in the presidential pool, which includes WHCA board members, are now guaranteed access to the briefing room and the president on a regular but reduced basis. Everyone else is shut out with no guaranteed direct access. The only slim hope—extremely slim hope—of getting into the briefing room is by winning the daily lottery to do your job.”

Karem wrote that some are happy with the rules but “many other reporters and WHCA members find the new policy draconian and unnecessary,” and he even bashed Miller for enforcing rules on behalf of the Biden administration.

“No reporter should be an agent of the state; no reporter has the right to tell another whether they can be present at the White House. The Secret Service already does that job quite well. When reporters police other reporters, it gives the impression those who are acting as cops have access others do not and made a Faustian deal to get it,” Karem wrote.

“If you’re a female woman in the Republican Party who takes that podium, guess what your worry is? Having a Playboy reporter shout questions at you, demeaning, misogynistic questions during a briefing,” McEnany said in December on “Fox & Friends,” referring to Playboy’s Karem – who made a habit of screaming questions to Trump and members of the administration.’

“It’s a double standard. It’s one that’s ridiculous. And one that the White House Correspondents’ Association should look into, when you have Playboy reporters shouting at women in a misogynistic manner simply because they’re a member of the GOP,” McEnany said.

Karem repeatedly shouted at McEnany during a November briefing with questions about when President Trump would admit he lost the election.

“Do you understand the definition of sedition? Do you understand that he lost?” Karem shouted as McEnany was wrapping up a press briefing. The Playboy scribe was apparently proud of his actions, as he recorded himself yelling and shared his own footage of the moment on Twitter.

Karem also once sued after the White House press office suspended his hard pass, following after an altercation with former White House aide Sebastian Gorka during a conservative social media summit in the Rose Garden in 2019. Karem’s hard pass was restored as a result of his lawsuit.

At a separate event in 2020, Trump called Karem a “loudmouth” during a coronavirus press briefing in the Rose Garden.