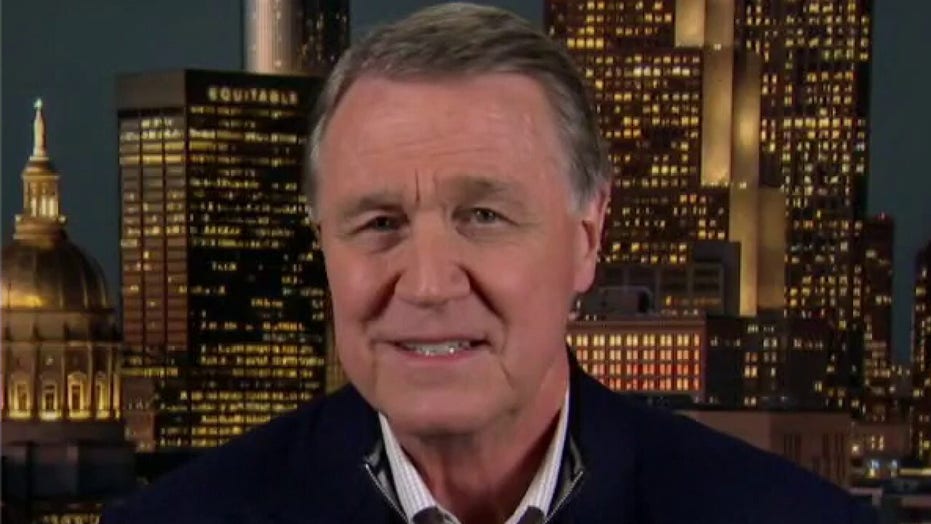 David Perdue on Senate race: ‘We’re not taking anything for granted’

Sen. David Perdue, R-Ga., discusses the strength of his campaign ahead of Georgia’s runoffs on Jan.5.

Perdue said Monday that in the November election, both he and Loeffler defeated their opponents, with the catch being Georgia's law that triggers runoffs if no candidate crosses a 50% vote threshold.

"[But] we are not taking anything for granted. We are out doing a 125 stop bus tour and Kelly Loeffler doing the same thing. We are taking it to the people in small-town Georgia to make sure they understand what's at stake and a responsibility to get out and vote."

"People realize what is at stake here. We are the last line of defense against the Democratic onslaught and this radical socialist agenda that they have aspired to in the presidential election and continue to do so now."

Host Tammy Bruce noted how Loeffler herself said at a recent campaign event that Senate Minority Leader Charles Schumer, D-N.Y., recently promised in an emotional video clip that his party's next step is to "take Georgia, then we change America."

"People in Georgia need to realize what this is, and we won't get another chance if we don't stop it now," said Perdue.

"But the other thing is what you said. If we hold these two seats in the Republican hands, we can block with the Democrats are trying to do and protect what President Trump has accomplished over the last four years."

Perdue also claimed that both Democratic candidates have been the subject of damaging reports as of late, pointing to bodycam video of Warnock's ex-wife Ouleye Ndoye.

In the March footage obtained by Fox News' Tucker Carlson, Ndoye can be heard telling a police officer that her husband is "a great actor" and "phenomenal at putting on a really good show" after Warnock denied her allegations that he deliberately ran over her foot.