Claer Barrett on how mini-Budget cause problems for economy

Claer Barrett, Consumer Editor at the Financial Times, appeared on ITV’s Lorraine to explain the situation and give some tips about what Britons can do. Ms Barrett said the intervention from the central bank has stabilised the market and protected pensions and mortgages for the time being.

She said: “People’s pensions, for now, are safe. The Bank of England has stepped in, it’s calmed down the market, it’s going to keep calming down the market over the next two weeks.

“But what we need now is for politicians to communicate this plan for growth better, to keep that feeling of calm.”

She spoke about how Prime Minister Liz Truss had made several appearances this morning to defend her sweeping tax cuts, which were intended to stimulate UK economic growth.

Ms Barrett said: “She really needs to listen to economists, to the Treasury, to people around her, but also to people at home. 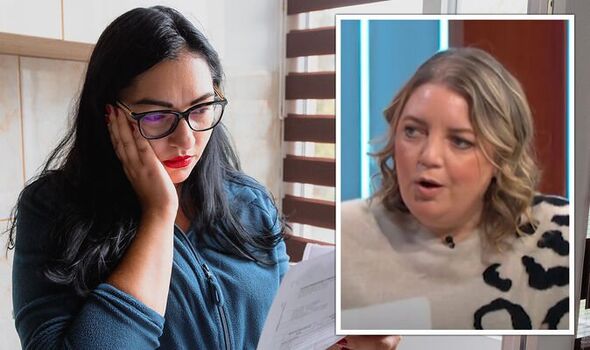 “People are terrified about what’s going to happen to their pension funds, to mortgage payments, if they can’t afford to stay in their homes.

“Listen to the people. This is affecting our personal finances. The gamble that’s been taken, to borrow all of that money.

“We really need to find a way through that will give reassurance to everyone.”

The financial journalist warned that the declining value of the pound against the dollar would lead to higher import costs, meaning higher food prices and exacerbating the cost of living crisis.

She urged people coming to the end of a fixed rate mortgage to consider getting a mortgage broker, to fully assess their options.

Ms Barrett said: “If you’re coming up to the end of a fixed [rate], it’s absolutely worth spending the money on somebody to advise you to get the best deal on the market, because prices are moving quickly.

“The good news, since the Bank of England intervention yesterday, mortgage lenders have told the FT, because prices are stabilising, they expect to be able to start offering products again, having pulled so many in recent days.

“If you are coming to the end of a fixed [rate], you need to accept the worm has returned. Interest rates are going up.

READ MORE: Attendance Allowance recipients could get one-off £150 to help with cost of living

“They were projected to go up anyway, but all of this is making them go up faster, so that is going to add a lot of money to the cost of servicing your debts.”

She also said people should speak to their mortgage lenders and energy supplier if they have any queries about their obligations.

Ms Barrett also urged consumers to take a meter reading ahead of the higher energy rates which will come in at the start of October.

She said: “They’re going to cap the average bill in terms of the unit rates you’re paying for the price of your power to £2,500 a year.

“There were estimates that they could shoot up to £5,000 or higher, that is a good thing. It still means that energy bills are going to rise on 1 October when the new rates apply.

“It’s still around double the level it was last year. That’s why it’s so important for people to do a meter reading. It could be today, tomorrow, Saturday, Sunday.

“Don’t let them estimate your bills when we’re going to have this big jump up.”

She spoke about her own situation, where she disputed the rate with her supplier, and they reduced the amount that her direct debit will increase, from £50 to £10.

Lorraine airs weekdays on ITV from 9am.