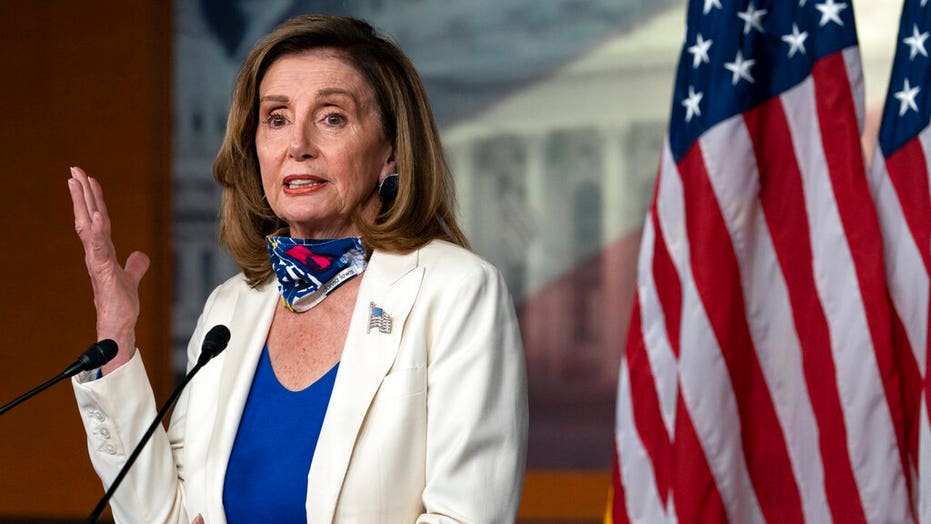 “It’s interesting that he said he’d send out those checks if we sent him that bill, because all he has ever wanted in the negotiation was to send out a check with his name on it,” the California Democrat told ABC’s “The View."

The president accused Pelosi of pushing for a $2.4 trillion package that would act as a bailout to “poorly run, high crime, Democrat States.” He said Republicans had made a “generous” $1.6 trillion offer, which she rejected. House Democrats instead passed a $2.2 trillion package last week that has no chance of  making it through the Republican-held Senate.

Pelosi has held steadfast on passing a broader relief package.

"It’s hard to see any clear sane path on what he’s doing, but the fact is he saw the political downside of his statement of walking away from the negotiations," she told “The View.” He’s rebounding from a terrible mistake he made yesterday, and the Republicans in Congress are going down the drain with him on that."

Pelosi and Treasury Secretary Steven Mnuchin spoke on the phone Wednesday morning to discuss a second bailout for the airline industry. Last week, U.S. airlines began cutting 35,000 jobs following the expiration of a $25 billion bailout fund that was created earlier this year as part of the CARES Act. Under the terms of the agreement, airlines were prohibited from cutting jobs or reducing workers' pay through Sept. 30.

“The secretary inquired about a standalone airlines bill," Pelosi spokesman Drew Hammill tweeted of the speaker’s meeting with Mnuchin. "The speaker reminded him that Republicans blocked that bill on Friday & asked him to review the DeFazio bill so that they could have an informed conversation."

A House GOP aide told The Hill that Republicans were still waiting for details on that bill, and pointed to a different one they supported, introduced by Reps. Stacey Plaskett, D-V.I., and David Joyce, R-Ohio.

“This is incompetent and sloppy process,” the aide said. “Once again Democrats are using partisan gimmicks rather than bipartisan solutions.”