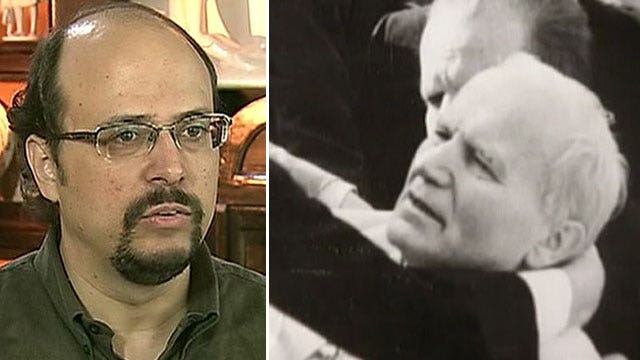 Forty years ago on Thursday, the world reeled in horror as news broke that a gunman had shot Pope John Paul II at point-blank range in St. Peter’s Square.

The shooting was even more shocking because only six weeks earlier John Hinckley Jr. had tried to kill President Ronald Reagan, critically wounding the 40th president in Washington, D.C

ALLEN WEST: NATIONAL DAY OF PRAYER – WHY OUR NATION NEEDS IT NOW MORE THAN EVER

The attempt on the pope’s life came late on Wednesday afternoon, the usual time for the pope’s weekly general audience at the Vatican. John Paul, who was nearly 61 years old at the time, was in his open-air Fiat popemobile when Turkish hitman Mehmet Ali Ağca opened fire.

All four bullets hit John Paul. Two of them lodged in his lower intestine. Ağca, a professional assassin, was tackled and taken into custody. Meanwhile, security forces rushed the pope to nearby Gemelli Hospital.

After a five-and-half-hour emergency surgery, the Polish pontiff was on his way to recovery. But the injuries left lingering health issues that he carried until his death in 2005.

It’s fascinating to note that John Paul certainly knew that the Soviets were behind the attempt on his life.

As a young priest in Poland, he had butted heads many times with communist officials. In the late 1950s, Polish Catholics erected a cross where they wanted to build a church in the Krakow suburb of Nowa Huta, which had been selected by the communists to be a “workers’ paradise.”

John Paul II’s triumphant return to Poland in 1979 also enraged the Kremlin. Communist officials were furious when millions turned out to see the new pope. Poles hailed him as a conquering hero. The Soviet-backed Polish government failed to suppress the pope’s message of religious liberty.

So, it was no surprise when the Italian government’s investigation found that Ağca, who had murdered a journalist three years earlier, was hired by the Bulgarian secret service, a puppet regime of the Soviet Union.

If John Paul knew Moscow was behind the attempt, why keep silent?

Reagan scholar Paul Kengor, who wrote the foreword to my book on John Paul II, proves that the Bulgarians ran cover for Moscow. They wanted the pope dead for supporting the Polish Solidarity movement and his defiance of the Soviet regime.

According to Kengor, Reagan instructed the CIA to run its own top-secret investigation into the pope’s shooting. He found that a Soviet intelligence agency (the GRU) had ordered the hit.

If John Paul knew Moscow was behind the attempt, why keep silent?

Both the pope and the president wanted nothing more than to see the peaceful collapse of the Soviet Union. They were convinced that exposing the Kremlin’s attempt to take out the pope would have been counterproductive. History has proven them right.

John Paul was perhaps more acutely aware of the devastation caused by the flawed ideologies of the 20th century than any other world leader of his era. 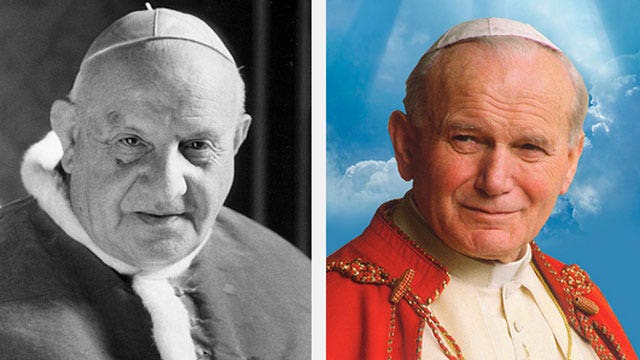 He lived through the German and communist occupation of Poland, which ended in 1989 after the country’s first free elections in generations yielded disastrous results for the communists. The pope’s homeland was key to bringing freedom to Eastern Europe, something he was more than willing to take a bullet for.

“Not only did the people reject Nazism as a system aimed at the destruction of Poland, and communism as an oppressive system imposed from the East, but in the process of resistance, they also pursued highly positive ideals,” John Paul wrote in his 2005 book “Memory and Identity.”

Those ideals were key to communism’s collapse in Eastern Europe. The Soviet empire was crumbling from within. Its economy was weak for many reasons, not the least of which was that the Soviets were trying to keep up with the U.S. in the arms race. 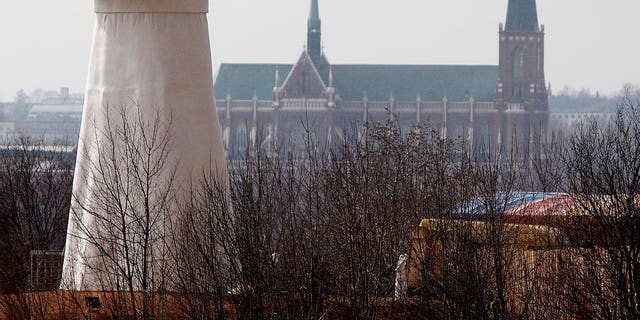 The sculpture of the late Pope John Paul II during the unveiling ceremony in Czestochowa, Poland, on Saturday, April 13, 2013. Archbishop Waclaw Depo unveiled the 13.8-meter (45.3-foot) white fiberglass figure that was funded by a businessman, Leszek Lyson, in gratitude for what he believes was an intervention by the late pontiff in saving his drowning son. (AP Photo/Czarek Sokolowski)
(AP2013)

Most importantly, however, Reagan and John Paul were utterly convinced that they were on the right side of history.

“The years ahead are great ones for this country, for the cause of freedom and the spread of civilization,” Reagan said in 1981. “The West won’t contain communism; it will transcend communism. It won’t bother to dismiss or denounce it; it will dismiss it as some bizarre chapter in human history whose last pages are even now being written.”

Pope John Paul II was relentless in the pursuit of freedom and truth.

Throughout his papacy, his rallying cry was “be not afraid!” In his book, “Crossing the Threshold of Hope,” he writes, “The power of Christ’s Cross and Resurrection is greater than any evil which man could or should fear.”

He believed that there is no challenge, no evil, and no amount of suffering that is too big for God. With that belief, he changed the world.