Unlike “Super Mario Run” or “Mario Kart,” “Paper Mario” is a role-playing adventure in which Mario makes unlikely allies and rescues plenty of friends along the way.
Players get more story than usual and even some character development for the henchmen of Bowser, Mario’s usual arch nemesis. Believe it or not, Bowser isn’t the bad guy this time.

The “Paper Mario” franchise’s first installment was released on the Nintendo 64 system in 2000. The latest entry includes new skills for Mario such as a “1000-Fold Arms” ability that lets players uncover new locations. To use the special move, the game lets you tilt your controller back and forth to move the arms.
“Paper Mario: The Origami King’s” story centers on the eponymous hero and his sidekick, Luigi, who are invited to the kingdom’s origami festival by Princess Peach.

But when Mario and Luigi arrive, they find Peach is acting strangely. It seems King Olly has hatched a nefarious plan to take over the world, and it’s up to Mario to stop him.
CNN Business got to play the game ahead of its release and sank 40 hours into it so far, while still having lots more content to discover.
As Mario makes his way across town, he has to team up with King Olly’s sister, Olivia, to rescue Luigi and then unravel the many colorful streamers that are blocking the entrance to Peach’s castle.
To do this, players must solve puzzles to fight “folded” soldiers and origami bosses and look for clues in the sprawling landscapes. The game features a desert, a vast ocean, a Disney-like ninja theme park and unexpectedly comedic moments. 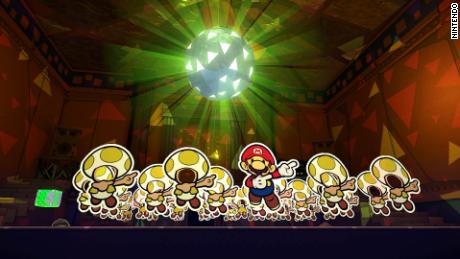 It’s clear that the Intelligent System developers are aware of Mario’s status as a hugely successful franchise. Throughout the game, Mario is treated as a celebrity everywhere he travels and it includes self-referential remarks to his ability to jump on enemies and prevail in fights. Luigi and Princess Peach similarly need no introduction to nostalgic fans. 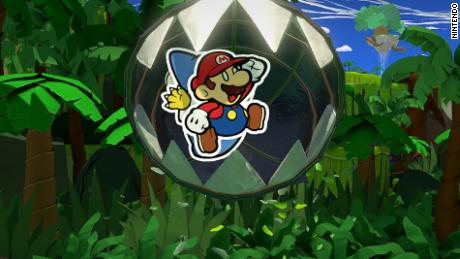 While “Paper Mario” could be completed in a few dozen hours, acquiring every collectible and unlocking all the behind-the-scenes concept art could take significantly longer, as is the case with many Japanese role playing games.
The Nintendo Switch and the popular game “Animal Crossing: New Horizons” have been quarantine bestsellers. As of March 31, the Switch had sales of 55.7 million units, according to Nintendo, and had sold out on multiple websites.
“Animal Crossing” was released in March just as millions around the world began social distancing and staying home during the pandemic. The game sold 5 million copies in March, more digital units in a single month than any console game in history, according to Nielsen’s SuperData, which analyzes the gaming industry.

Like “Animal Crossing,” “Paper Mario” feels like an expansive world that could potentially help mitigate real-world frustration with being unable to travel.
“Paper Mario” will be released on the Nintendo Switch and Switch Lite on July 17 for $59.99.
Source: Read Full Article