(CNN)Phyllis George, a broadcast television pioneer who became the first female co-anchor of the football pregame show “The NFL Today,” has died. She was 70. 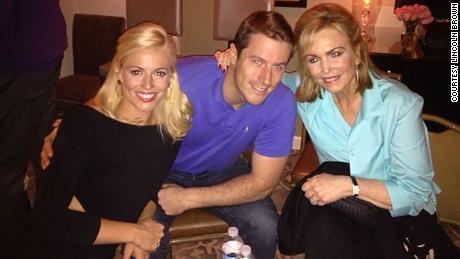 George was born in Denton, Texas, on June 25, 1949. A trained classical pianist in her youth, she attended North Texas Christian University before becoming the 50th Miss America in 1971.

That crown — and her magnetic personality — catapulted her to national fame. “It was the springboard to everything I’ve done in my life,” she said in a 2007 interview. She joined the organization’s board of directors, one of the first past winners to do so.
As Miss America, George made multiple appearances on “The Tonight Show with Johnny Carson” and other talk shows, which led Robert Wussler, the president of CBS Sports, to recruit her for a sportscasting job. She joined “The NFL Today” in 1975, working alongside Brent Musburger, Irv Cross and Jimmy “The Greek” Snyder.

“She paved the way for other women to become sportscasters,” Pamela said. 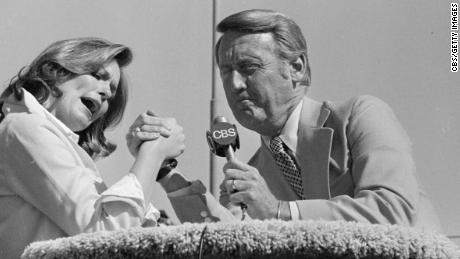 In the 2012 book “Sports on Television,” Dennis Deninger wrote that George added “character and charm to the football studio show, and her ability to put interview subjects at ease got many to open up and show a personal side that had never been seen by television viewers before.”
George covered premier sporting events, including the Preakness Stakes, the Belmont Stakes, the Super Bowl, and the Rose Bowl. She wore several other television hats as well, co-hosting “Candid Camera” for several years and leading a television version of “People” magazine. 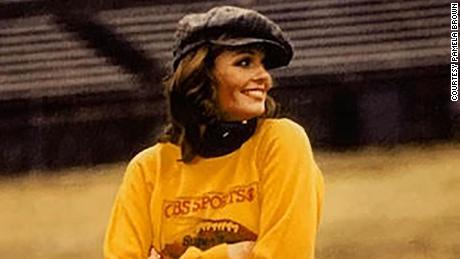 With her pioneering role in sports television came many fans, but plenty of doubters too: “She had a whole box of letters from people who wrote her and said awful things,” Pamela recalled. “‘What do you think you’re doing? Who do you think you are?’ Because it was a man’s job. Mom said that when she stopped reading the letters, she gained so much confidence.”
Decades later, when Pamela began a television career of her own, her mother was always watching. “She was my biggest advocate, but my best critic too. She always made me better,” Pamela said. 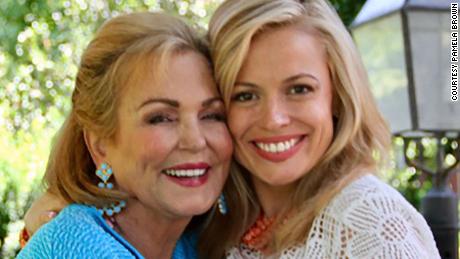 Lincoln agreed: “Mom lived her life to a high standard and set a high standard for everyone else. What will forever stay with us are the defining qualities the public never saw, especially against the winds of adversity, that symbolize how extraordinary she is more than anything else. The beauty so many recognized on the outside was a mere fraction of her internal beauty and unwavering spirit.”
George married John Y. Brown Jr. in 1979. Shortly after their marriage, he decided to run for, and eventually won, the race for Kentucky governor. The local press affectionately called Phyllis “flypaper” because everywhere the Browns went, the crowds turned out for her, not him, much to the pride and amusement of her new husband. 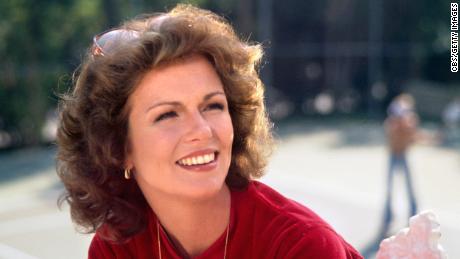 Her children preferred a different nickname for their mom: Hurricane Phyl. “Because her energy was boundless,” Pamela said.
Both children were born when George was the first lady of Kentucky.
“Just as Kentucky embraced Phyllis for the glamour and graciousness she extended to everyone she met, she wholeheartedly embraced Kentucky for its people, its artisans, and its natural scenic beauty,” a death notice by the family says.
“She could just as easily sit down on the front porch swing at the house of a basket maker on some little country road in small town Kentucky as she could host a dinner for four U.S. presidents at the Kentucky governor’s mansion.” 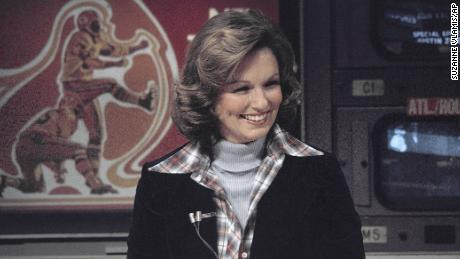 In 1980, in her role as a cultural ambassador for the state, George founded the Kentucky Art and Craft Foundation, now known as the Kentucky Museum of Art and Craft. She enticed department stores such as Bloomingdale’s to carry Kentucky crafts.
John Brown served as governor until the end of 1983, and lost a second race for the job in 1987. George stayed busy: She briefly became the co-anchor of the “CBS Morning News” in 1985. Then she founded Chicken By George, which she sold to Hormel Foods in 1988.
George and Brown divorced in 1998. Later in life, George established a beauty line that was marketed on the TV shopping network HSN and published an inspirational book, “Never Say Never,” billed as “life wisdom from one of America’s best-loved personalities.” 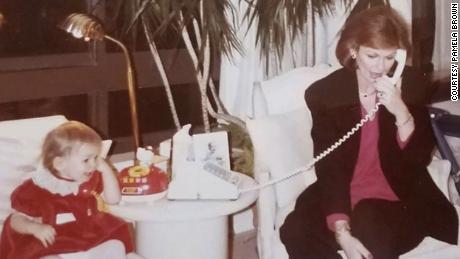 In 2018 George became a grandmother when Pamela’s son Benny was born. Pamela gave birth to a daughter, Vivienne, in February, and George was able to meet her granddaughter shortly before being hospitalized with complications stemming from a blood disorder, polycythemia vera.
Pamela and Lincoln said George was first diagnosed with the disorder 35 years ago, and lived with it for far longer than doctors expected.
“It’s a testament to her unwavering spirit and determination she made it this long, 10 years longer than any doctor ever thought possible,” Lincoln said.
He said his mom’s “perseverance and unwavering optimism against extreme adversity” were what he admired most about her. 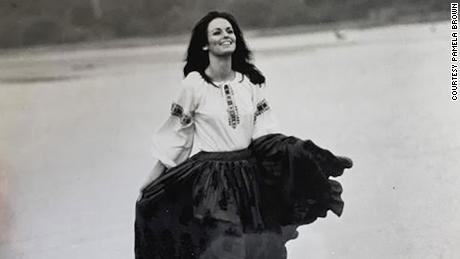 George shared her optimistic outlook in speeches and interviews for decades.

“I am from Denton, Texas, and I will never let you or anybody else forget that,” George said in a 1985 interview. “I am a small-town girl from a small town and a small-town family. If I hadn’t come from Denton, I wouldn’t be sitting here right now with this great job and my great husband and my beautiful children.”
“Life is what you make it,” George said. “This is what I go around the country lecturing on. Because if it can happen to me, it can happen to you and you and you. It’s just how much you want it. My old expression is, ‘If you snooze, you lose; if you snore, you lose more.'”
Source: Read Full Article