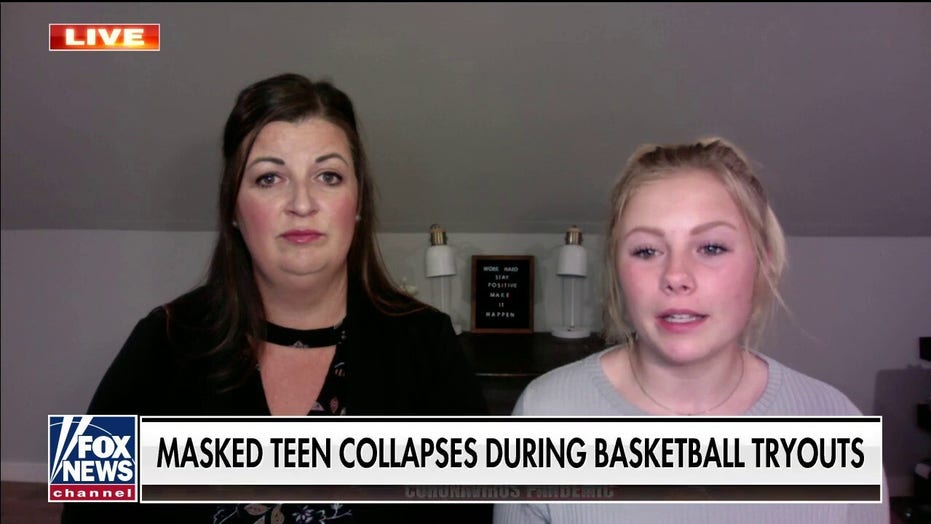 A teenager who collapsed during a basketball tryout while wearing a mask said Tuesday on “Fox & Friends” that she believes mask mandates are harmful to athletes.

On the second day of basketball tryouts at Crooks County High School in Prineville, Oregon, Savannah Lay said she experienced what she called a near-death collapse due to lack of oxygen.

Lay told “Fox & Friends” that she was doing “drills” that were usually easy to do, but, after she told the coach that she had “difficulty breathing,” she asked for a break and removed her mask.

She said she was confronted by one of the “junior players” who told her she was “not allowed to do that.”

“So I went to the locker room and I had to get onto the floor because the coldness of the floor was helping me breathe. And it was at the point where I was like, I’m going to die. Like, I cannot breathe right now, like, this is it,” she recalled.

One of Savannah’s teammates found her and then immediately got one of the coaches to perform CPR.

“And they actually had to put my mouth close up to the mirror to see if I was actually breathing. And they said that I had no pulse. And then the next thing I know, I woke up in the ambulance,” Savannah said.

Savannah’s mother, Jessica, was outraged by the experience her daughter went through, so, she called on Gov. Kate Brown and the Oregon Health Authority to end the mask mandate to prevent a life-threatening emergency from happening again.

“When high school sports in Oregon returned in February after a yearlong coronavirus-caused pause, it came with an array of OHA-mandated safety measures to help prevent the spread of COVID-19. One of the measures was a mask mandate,” The Oregonian reported.

“Thousands of prep athletes have participated in an assortment of sports and activities without issue this spring, but Lay is the second known Oregon athlete to encounter severe breathing issues while competing with a mask. Summit High School runner Maggie Williams collapsed near the finish line of an event in April, which led Brown and the OHA to revise their mask mandates for outdoor events.”

Jessica was “terrified” about her daughter from breathing difficulties and that the measures to keep children safe in schools are not “keeping them safe at all.”

Being hesitant to allow her daughter Savannah to play basketball with a mask on, Jessica added that “giving athletes an obstruction to their oxygen” while exercising is “insanity.” She applauded the governor for loosening mask requirements for outdoor sports after a runner collapsed.

“Luckily, she was OK. And our governor did do a call to action the next day, allowing masks to come down for outside sports, which is amazing. However, for indoor sports, which just started, rules are not as lenient.”