Expectations that BHP might unwind the dual-listed company structure created for the merger with Billiton nearly 20 years ago have been, if not dashed, then put on hold by Mike Henry’s comments after BHP’s half-yearly results were released on Tuesday.

Those expectations had been raised by last month’s announcement that BHP would impair the value of its NSW thermal coal assets and the tax losses associated with them. In the half-year earnings statement the charge was $US1.19 billion ($1.54 billion) after tax. 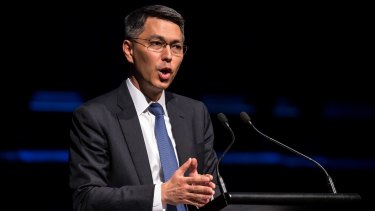 Mike Henry is is no hurry to dissolve BHP’s dual-listing structure.Credit:Mark Dadswell

The $US650 million of tax losses linked to the Mt Arthur mine that came into BHP via the Billiton merger were a key element of the argument against the lobbying by US activist investor, Elliott Management, for the unwinding of the DLC in 2017.

The decision to impair them (presumably to clear the decks for a sale of Mt Arthur), along with last year’s High Court decision that removed the tax effectiveness of a Singapore marketing hub that has been jointly owned by the Australian and UK arms of the DLC, have removed the two most obvious financial impediments to collapsing the DLC.

Henry, however, declared on a late-evening London media call that, of all the things he needed to focus on, the DLC wasn’t on the top of his list. While the company would continue to regularly assess the case for unification it needed to stack up “in terms of costs, risks and value-creation.”

In response to the Elliott campaign, BHP argued that the cost of unification could be as much as $US3 billion, with minimal benefits from unwinding a structure that it estimated cost it about $US2.4 million a year to administer.

While the removal of the Singapore hub and Mt Arthur as obstacles to unification means the most tangible losses of value in a unification of BHP Ltd and BHP Plc have effectively disappeared, they’ve actually never been the strongest argument for retention of the existing structure.

Critics of the DLC base their advocacy of unification broadly on the reality that, after the South 32 demerger, there’s nothing much left of Billiton within BHP. They also cite the costs and complexity of the structure, even though after 20 years’ experience, the legal form doesn’t appear to have inhibited BHP’s ability to act as if it were a single entity and the costs of administering the structure are minuscule in the context of the group’s size.

BHP chose to execute its merger with Billiton in 2001 as a DLC for a number of reasons, the most compelling of which was that by stapling the companies together via the DLC and assigning value on a 60:40 basis it avoided costly tax events and minimised stamp duties for both the companies and their shareholders.

There were other benefits.

The structure avoided the “flow back” that might have occurred in a conventional acquisition as UK and other foreign shareholders without a mandate to invest in an Australian-listed vehicle, or in a company outside the FTSE 100, sold their shares.

It also gave BHP two primary listings, two sets of shareholders in two markets with deep liquidity and access to a broader investor base that reflected its status as the world’s largest resources company.

More particularly, it provided BHP with a valuable option not available to conventional Australian companies. Most companies, when they pay their dividends, see considerable leakage of the value of the franking credits when they are paid to foreign shareholders who can’t use them.

Most companies can’t “stream” their dividends, directing the franking credits to Australian investors and unfranked dividends to the rest.

Most companies can’t construct off-market share buybacks that, by attracting the investors for whom they have most value, can optimise the value of their franking credit reserves for all shareholders. BHP (and Rio Tinto, also structured as a DLC) can.

In unification those options and that flexibility, which are extremely valuable, would be lost.

UBS’s highly-respected analyst, Glyn Lawcock, cited the poor use of franking credits and a lack of optionality in assigning new assets to the two entities in the structure – where there could be financial efficiency or tax advantages – as practical arguments against collapsing the DLC in research published this week.

He also touched on another argument that BHP used in its rebuttal of the Elliott Management agenda.

BHP Ltd shares have historically traded at a premium to BHP Plc’s. That premium has fluctuated over time but has generally between about 10 and 14 per cent. 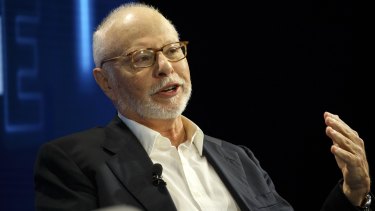 Paul Singer’s Elliott Management made a strong push in 2017 for BHP to dissolve its DLC.Credit:Bloomberg

There are a host of potential explanations for why that should be so.

Ltd has the larger capital and shareholder base and represents a bigger component of the Australian market than Plc does in the UK and therefore there is greater liquidity in the market for its shares.

The shares aren’t identical. They are priced in different currencies within markets and economies driven by different external influences and different tax regimes. Ltd shareholders, obviously, benefit from dividend imputation.

To the extent that they trade differently, those differences don’t flow from the structure itself but from their relative sizes and the environments in which they are incorporated and in which the shares trade.

Well before Elliott came along, and since, BHP has regularly reviewed the structure. Chairman Ken McKenzie would appear to be attracted to the idea of simplification and perhaps it will occur at some point.

As Laycock argued, however, even though the tangible obstacles to unification have been reduced by the tax treatment of the Singapore hub and the impairment of the Mt Arthur tax asset, the advantages of unification remain limited while the potential disadvantages, particularly the ability to distribute franking credits efficiently, remain significant.

Indeed Laycock believes approvals from both sets of shareholders for collapsing the DLC would be difficult to obtain.

That’s because it is probable that in a unification the value of both BHP shares would fall.

There would be a lot of Plc shareholders who for various reasons couldn’t hold shares in a company whose primary listing wasn’t in the UK and which might not be included in the FTSE 100 index.

The South African shareholders who predominantly hold shares in Plc because of its Billiton parentage – a significant presence on the Plc register – might also face capital gains taxes.

Given that they’ve had 20 years where BHP has, despite its structure, traded as if it were a single entity without any obvious adverse impacts from that structure; that the costs of administering the DLC are inconsequential; that the structure allows BHP to use its franking credits more efficiently; that it provides access to two different pools of liquidity and that unification could see material shareholder value lost, why would BHP propose or shareholders endorse a dissolution of the DLC?