A prominent antitrust advocate, Wu coined the phrase “net neutrality” and has called for the breakup of Facebook and other tech firms. Wu is “likely” to join the National Economic Council, Politico reported, citing sources familiar with the matter. He is also considered a candidate to join the Federal Trade Commission.

Wu is an active Twitter user with nearly 50,000 followers. At present, his page does not display any tweets prior to Dec. 2, 2020. Wayback Machine archives showed Wu’s account with nearly 11,000 tweets as of last August. 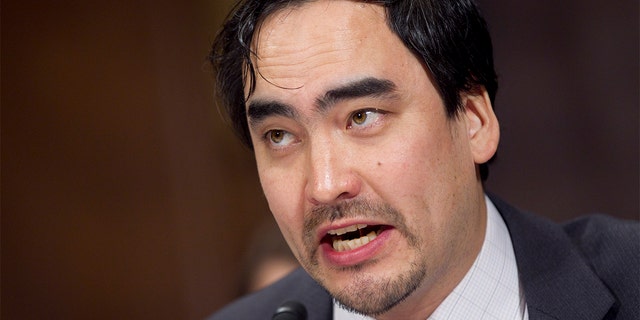 Wu did not respond to a request for comment.

Neera Tanden, Biden’s nominee to run the Office of Management and Budget, has faced intense scrutiny in recent days over her own Twitter history. Several prominent lawmakers, including Democratic Sen. Joe Manchin of West Virginia and Republican Sen. Chuck Grassley of Iowa, have indicated that they would vote against Tanden’s confirmation, and two Senate committees postponed votes on her candidacy.

Tanden was critical of lawmakers on both sides of the political aisle in now-deleted tweets, referring to Sen. Mitch McConnell as “Voldemort,” declaring that “vampires have more heart than Sen. Ted Cruz,” and alleging that Russia helped Sen. Bernie Sanders’ presidential campaign in 2016.

So far, the Biden White House has stood by Tanden’s candidacy. She has apologized for her past remarks.

“I deeply regret and apologize for my language, some of my past language,” Tanden said. “I recognize that this role is a bipartisan role, and I recognize I have to earn the trust of senators across the board.”

A popular figure among progressives, Wu previously worked on competition policy as a member of the Obama administration’s National Economic Council and as an antitrust advisor for the FTC. He ran an unsuccessful campaign to become Lt. Gov. of New York in 2014.

Wu’s recent New York Times columns include “Facebook Cannot Buy Its Way out of Competition” and “What Really Saved the Republic from Trump?”