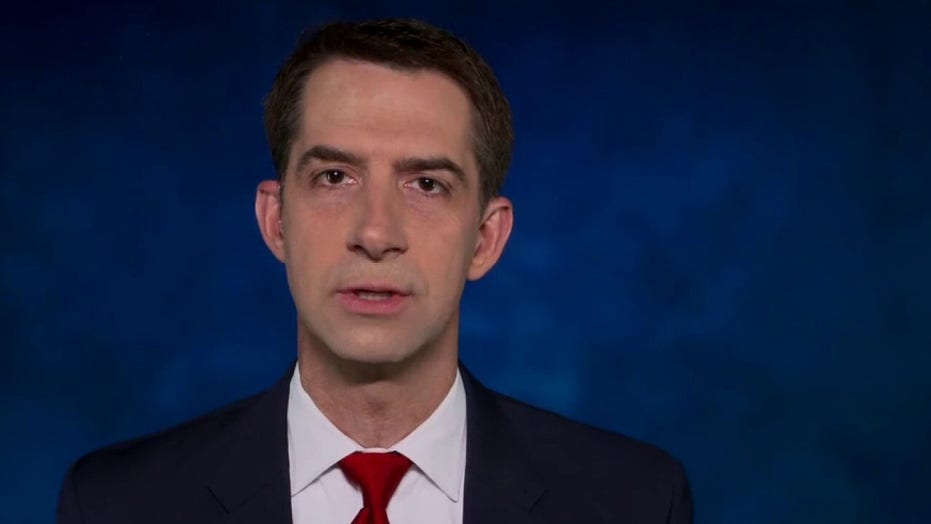 Tom Cotton blasts WHO as ‘obsequious sycophants for Chinese Communists’

New York Times writer David Leonhardt told “Reliable Sources” host Brian Stelter on Sunday that the media made a “mistake” by ignoring Sen. Tom Cotton, R.-Ark., and others who suggested for months that COVID-19 could have escaped from a lab in Wuhan, China, before new evidence surfaced last week giving credence to the lab leak possibility.

A Wall Street Journal report released last week revealed that a few researchers at the Wuhan Institute of Virology were ill in November 2019 with COVID-like symptoms. Once word spread, media outlets who once dismissed the lab leak theory as “fringe” suddenly started treating it as credible, such as the New York Times, who published starkly different headlines from May 2020 to May 2021.

President Biden announced this week he asked the intelligence community to look more closely at the virus’ possible origins and to report back to him in 90 days.

The theory has been “reevaluated,” Stelter acknowledged on Sunday, asking Leonhardt to explain why. Leonhardt was of the mind that some media outlets refused to believe that anything coming out of Sen. Cotton’s mouth could be truthful because he’s a conservative politician.

“I think people made this mistake, I think a lot of people on the political left, and a lot of people in the media, made the mistake, they said, ‘wow if Tom Cotton is saying something, it can’t be true.’ Or they assumed that. And that’s not right,” Leonhardt said.

“Tom Cotton does deal in disinformation,” Leonhardt alleged, but added “that doesn’t mean that everything he says is wrong.”

“And it seems like a lot of people—including a lot of people in the media, leaped to dismiss the lab leak theory because of where it was coming from,” he continued. “And the reality is we don’t yet know how COVID started.”

The segment was accompanied by the chyron, “Is the media behind the COVID-19 curve?”

Critics noted that CNN appeared to be one of those media outlets who were behind the curve, only catching up over the course of the last week.

CNN wasn’t alone. Washington Post writer Josh Rogin published a Twitter thread on Saturday roasting media who failed to “own” their bias and just report the facts, accusing them of having “zero self awareness” now that they’ve done a complete 180 on the lab leak theory.

“Also, the lab leak theory didn’t change. It didn’t suddenly become credible. It didn’t jump from crazy to reasonable,” Rogin tweeted. “The theory has always been the same. The people who got it wrong changed their minds. They are writing about themselves, with zero self awareness.”